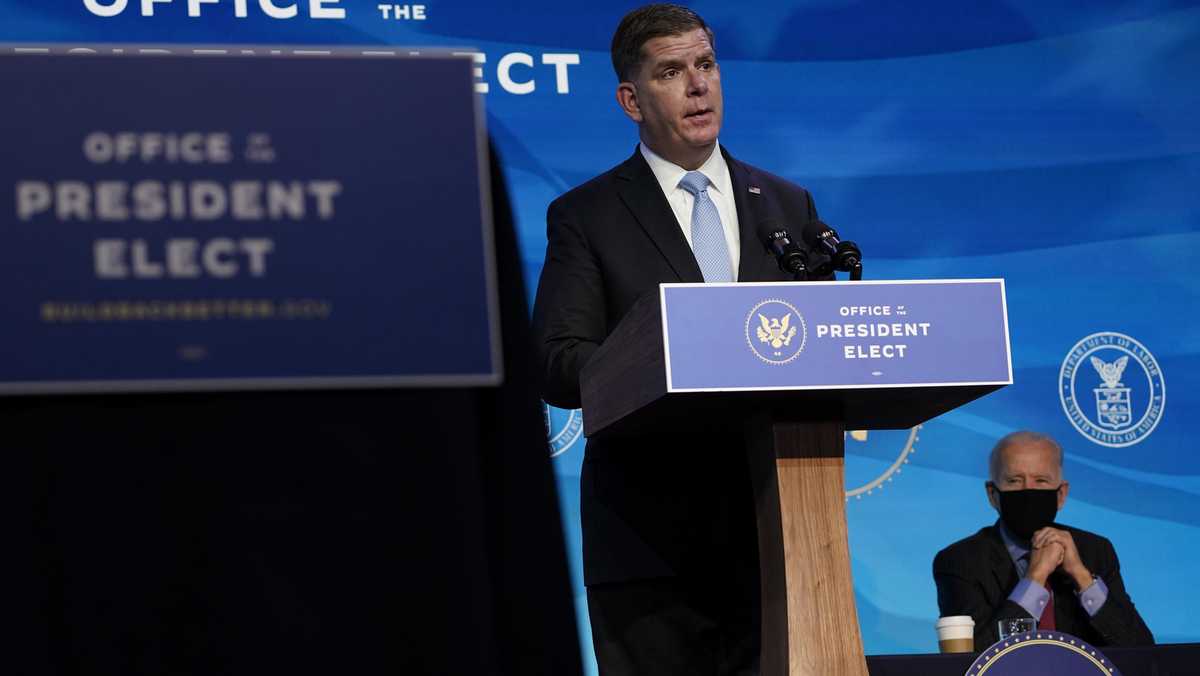 Biden said he had considered nominating former Democratic Presidential rival - Senator Bernie Sanders - to the post, but they both agreed it was important to maintain control of the U.S. Senate.

A past President of the Laborers’ Union Local 223, which he joined at 21, and the Boston Metropolitan District Building Trades Council, Walsh told reporters he saw opportunities to expand Workers’ Rights and Union Membership.

“We can ‘defend’ Workers’ Rights, ‘we can strengthen’ collective bargaining.  ‘We can grow’ Union Membership.  ‘We can create millions of good paying jobs with investments in infrastructure, clean energy, and in high-tech manufacturing, along with the workforce training to help get those people into those good jobs,’” he said.

Union Membership in the United States has been declining for decades.

The U.S. Bureau of Labor Statistics (BLS) reported that 7.1 million Employees in the Public Sector belonged to a Union in 2019, compared with 7.5 million Workers in the Private Sector.

The Union Membership Rate declined over the year in the Private Sector by 0.2 percentage point to 6.2%, compared to around 20% in 1983.

To Directly Access This Labor News Story, Go To: www.reuters.com/article/us-usa-biden-labor/biden-labor-secretary-nominee-vow-to-boost-union-membership-idUSKBN29D2RG?fbclid=IwAR3DsaOnIu3gqV_GNyhBXoojHGZ6h7tcKgwWfwbV8vRBkK2yG1aHMQR0tuo