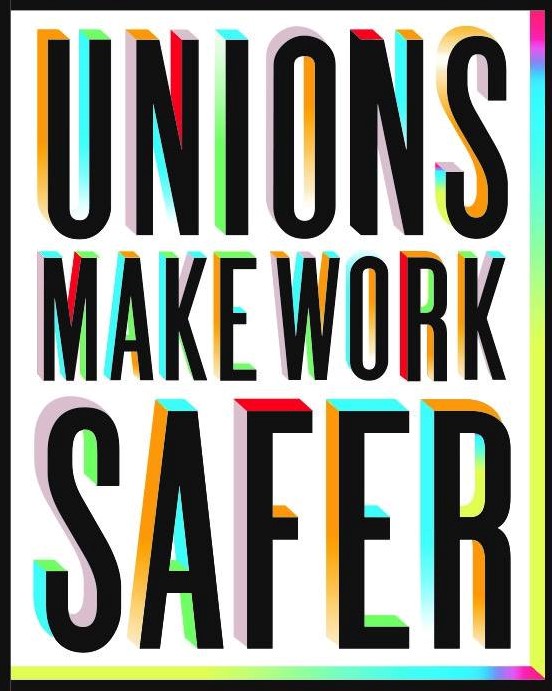 Workers deserve safe and fair working conditions, but before Labor Unions, they didn’t have much power to negotiate for such conditions.

And if a company wants to thrive, it will have to be willing to come to the negotiating table.

Here’s why Unions have so much power to create safer workplaces and why any company should work with Labor Unions to increase safety for its Workers.

According to several studies, the answer is yes.

A study of Right-To-Work (for less) Laws published in the BMJ Occupational & Environmental Medicine Journal found that a 1% decrease in Unionization resulted in a 5% increase in occupational fatalities.

In Kansas, Missouri and Nebraska, all states with Right-To-Work Laws, there was a notable increase in workplace deaths due to falls, machine hazards and struck-by hazards.

And in construction, often regarded as one of the most dangerous industries in the country, a survey showed that construction firms with Union Workers were far more likely to engage in safety practices than those with Non-Union Workers.

How Unions Promote Workplace Safety: There are many theories as to why Unions help promote workplace safety.  One likely explanation is Worker protection.  Under the wing of Labor Unions, Workers are free to speak up about safety hazards without fear of retaliation. And because Unions can put pressure on employers to fix safety problems, employers are incentivized to fix and prevent problems - or face significant productivity losses.

The Power Of Collective Bargaining: One of the biggest advantages Unions have is the power of collective bargaining.  An individual Worker can often feel that they don’t have a voice, or that if they speak up alone, they won’t have much power to affect change.  By joining a Union, Workers agree to bargain for their rights as a collective entity.  This gives them far greater leverage to bargain for things like better safety conditions, improved wages, and reasonable work hours.  The fact that they cover an entire group forces employers to come to the table.  Of course, the work of a Labor Union doesn’t end with reaching a Collective Bargaining Agreement (CBA).  Once an agreement is reached, Union Representatives work with employees and management to ensure that the terms of the agreement are honored on both sides.

Why Unions Help All Workers: Unions can influence the safety of all Workers because of two things: Restriction of labor supply; Increase in labor demand; Companies need Workers, but Workers have the right to a safe and fair working environment.  Unions leverage this by increasing the demand for Union Laborers, which in turn forces companies to negotiate with them to access Union-represented and trained Workers.  This, in turn, sets the standard for Non-Union Workers.  A specific workplace may not be Unionized, but an industry is - and that means the workplace must comply with industry standards.

To Continue Reading This Labor News Story, Go To: www.ehsinsight.com/blog/unions-and-safety-for-workers