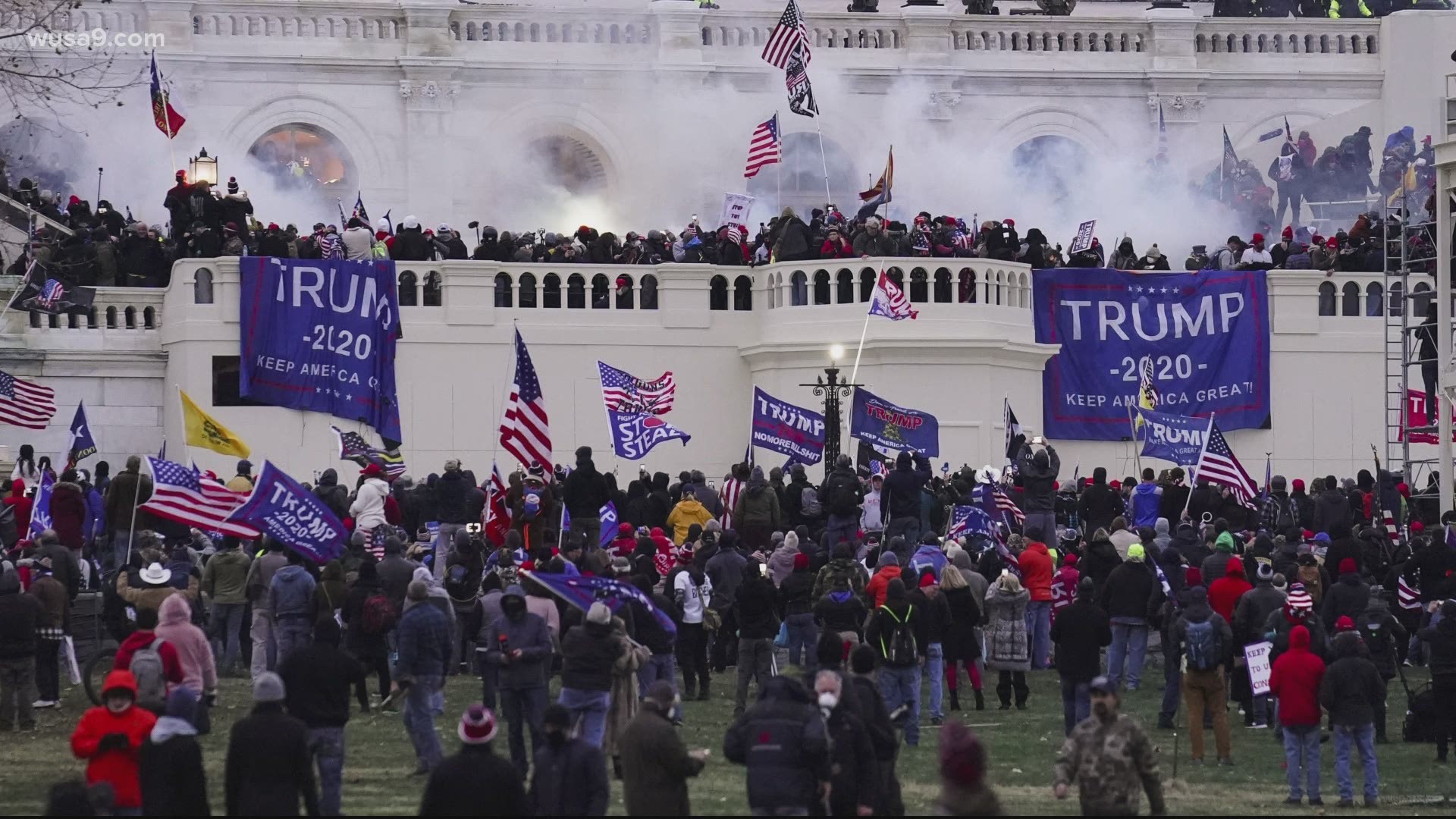 The invaders demanded a coup to keep Trump in power.

The act, incited by Trump’s words at a rally held earlier in the day, temporarily suspended - but did not ultimately halt - counting the electoral votes which put Democratic Presidential Nominee Joe Biden into the Oval Office. The count, and certification, came at 3:45 a.m. on January 7th.

Trump had promised “an orderly transition” to Biden on January 20th, but continued to lie, refusing to concede, and still declared the November election was stolen.

Castillo called for punishment, but did not suggest how: “The President has been encouraging sedition.  He is responsible for the scenes we have seen at the Capitol and he should be held accountable.”

Trumka said in a statement: “We are witnessing one of the greatest assaults on our Democracy since the Civil War.  (The) attempted coup has been years in the making as Donald Trump consistently spews venom, conspiracies, hate and lies to his supporters.”

Castillo, in a long statement on the Union’s website, also went through long history of Right-Wing extremism - and not just from Trump - that led to the insurrection.

U.S. Representatives Ilhan Omar (Democrat-Minnesota) and Ayanna Pressley (Democrat-Massachusetts) and others called for immediate accountability for Trump and immediately drafted articles of impeachment against him.

The NAACP also endorsed impeachment and started a petition for it.  In just hours, another pro-impeachment petition, on MoveOn.org drew more than 157,000 signatures.

Insurrectionists “are carrying out his (Trump’s) wishes,” Trumka added. “Far too many Republican lawmakers have enabled and even encouraged this violent threat to our republic.  This is an effort to violate the Constitutional Rights of every law-abiding American and the Labor Movement will not stand for it.  Not today.  Not ever.”

“Trump has enabled rioters who stormed the U.S. Capitol and threatened the lives of duly elected officials.  It is domestic terrorism.  It is reprehensible.  It will not stop the peaceful transfer of power, but there must be accountability for this criminal behavior.  Defend Democracy,” American Federation of Teachers (AFT) President Randi Weingarten, a New York City Civics Teacher, tweeted.

“Today is a dark and devastating day in our country’s history,” said Amalgamated Transit Union (ATU) President John Costa. “What was supposed to be a routine procedure to follow the Constitution and certify the Democratically-decided election turned into a violent siege on the U.S. Capitol and the foundations of our Democracy.  While our Nation was founded on Freedom of Speech and the right to have a voice, this was not an exercise of those rights.  We condemn those turning to violence and mob rule.   We will not stand for this unprecedented and heinous assault on our Democratic principles.”

Trump “encouraged a mob of Anti-Democracy protestors to breach the security perimeter of the Capitol, forcing a lockdown, and endangering the safety of members of Congress, Workers at the Capitol, innocent civilians who live nearby, and the Law Enforcement Officials charged with keeping the peace,” said American Federation of Government Employees (AFGE) President Everett Kelley.  “It is nothing short of a desperate attempt to use violence to cling onto power after a clear defeat at the ballot box.”

“This is an absolute embarrassment for our country.  My thoughts are with all the amazing Journalists covering this moment.  Stay safe, by God, you are our light,” News Guild-Communications Workers of America (CWA) President Jon Schleuss tweeted.

News Guild Members - from The New York Times, the Washington Post, the Associated Press, Reuters, and other papers were among the Media Members threatened by the insurrectionists.