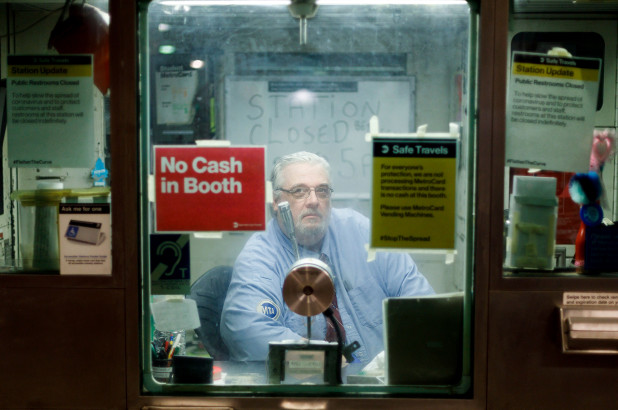 TWU Local 100 is suing the cash-strapped agency in Manhattan Supreme Court to stop it from going ahead with the plan to nix the booths and do away with the role of “lunch relief” Station Agent - who are assigned to cover booths while regular Attendants take 30-minute lunch breaks.

The Union claims the move will remove essential eyes and ears from the subway system as it grapples with a rash of criminal activity - including a Christmas Eve attack on a 70-year-old Station Agent.

“This is a bad policy for public safety and an even worse policy for the city’s handicapped riders,” Local 100 President Tony Utano said in a statement. “Crime is up across the city and to take Transit Workers out of their jobs and leave stations totally unmanned for even a few hours a day is unconscionable.”

State Public Authorities Law requires the MTA to hold public hearings before implementing the plan, which is hasn’t done, the suit alleges.

“The TA plans to close the booths fully or partially and eliminate Employee presence in subway stations, amounts to a failure to protect the safety of the riding public, without the requisite public hearings,” according to court filings. “Criminal activity, which has been on the rise in the subway system, particularly violent crimes, will take place outside the view of a Transit Authority Employee; and emergency medical treatment will become far less accessible.”

The MTA received $4 billion from the Federal Government’s latest COVID-19 Relief Bill, staving off layoffs and service cuts in the immediate term, but Transit leaders still predict nearly $8 billion deficit in 2022, 2023 and 2024, according to budget documents.

To Read This Labor News Story In Its Entirety, Go To: https://nypost.com/2020/12/30/transit-union-sues-over-mta-plan-to-cut-subway-station-attendants/?utm_campaign=SocialFlow&utm_medium=SocialFlow&utm_source=NYPTwitter&link_id=3&can_id=d28a0e75022b91d73fc95bc86b686390&email_referrer=email_1032863&email_subject=union-mattersnyc-labor-year-in-review-december-31-2020