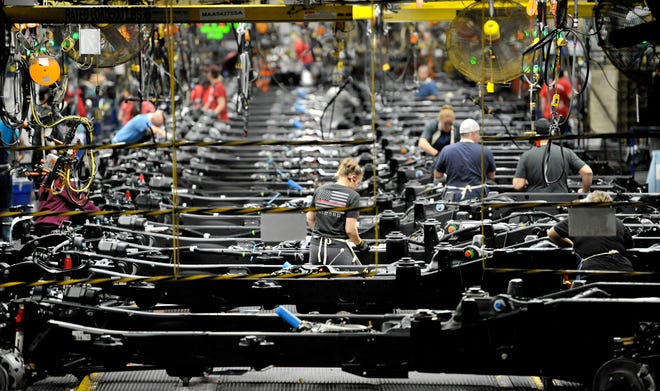 GM and Ford both have agreements with the United Auto Workers (UAW) to convert Temporary Employees to permanent positions so they can reach top wages and benefits like others have on the line.

Fiat Chrysler Automobiles' contract with the Union doesn't set conversion dates like the agreements at Ford and GM.

The UAW fought during the 2019 negotiations with the Detroit Three to secure a pathway for Temporary Workers to become Permanent Employees, increasing their pay and providing them with benefits not accessible to Temps.

The fight included a 40-day Strike against GM.

"This life-changing event is a testament to our Members' hard work as Permanent Temporary Employees and the power of collective bargaining that created this defined path for them to seniority status," UAW Vice President Terry Dittes said in a statement.

Among the plants with converted temp positions are GM's major Truck Plants in Flint and Fort Wayne, Indiana and its large SUV Plant in Arlington, Texas.

These plants have been running overtime to keep up with high demand for the product while inventories have been tight because of an eight-week COVID-19 shutdown last spring.

Ford made Temp Employees permanent at Kansas City Assembly where F-150s and Transit vans are made and at Kentucky Truck where Employees build the Super Duty Trucks - the Ford Expedition and Lincoln Navigator.

FCA is filling 3,850 jobs at its $1.6 billion Mack plant and another 1,100 jobs at the Jefferson North Assembly Plant once that plant gets a $900 million update, which hasn't started.

In filling those full-time positions, the company is granting current supplemental Workers the first opportunity at those jobs to meet contractual obligations with the UAW.

To Directly Access This Labor News Story, Go To: www.detroitnews.com/story/business/autos/general-motors/2021/01/04/gm-converts-650-temps-to-permanent-employees/4133009001/?fbclid=IwAR2uGG1iBsBk0zN1fMX2rUGgt-_igQKsdXHFB_BnwEnpI_x8lLfAk5BDEPs