Employers âWill No Longer Be Required To Give Paid Leave To Workers With COVID-19â - In March, Congress âGuaranteedâ Workers âUp To 2 Weeks Of Fully-Paid Sick Leave If They Contractâ COVID-19, But Republicans Blocked The Extension 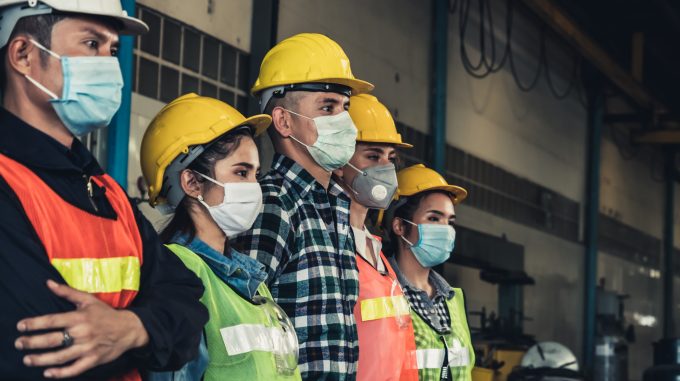 (WASHINGTON, D.C.) - Starting January 1st, employers will no longer have to give Workers with COVID-19, or those taking care of someone with the virus, two weeks of paid leave.

Congress let the Coronavirus Paid Leave Guarantee expire at the end of the December without an extension.

That means the Federal Government will pay for Paid Sick Leave for another three months, but businesses are no longer required to offer it.

In March, Congress guaranteed Workers up to two weeks of fully-paid sick leave if they contract COVID-19.

The program also mandates two weeks of paid leave for those caring for someone required to quarantine and 10 weeks of Emergency Child Care Leave if schools or child care facilities are shut down, paid out at two-thirds of a Worker’s regular salary.

Employers were given a refundable tax credit to cover the costs of paying out Paid Sick Leave.

Democrats, hoping to extend the mandate for paid leave into 2021 as COVID-19 cases continue to rise across the country, found an ally in Treasury Secretary Steve Mnuchin, who had negotiated the existing policy with House Majority Leader Nancy Pelosi in March.

But Senate Majority Leader Mitch McConnell (Republican-Kentucky) was said to be the biggest obstacle, as Buzzfeed News first reported, alongside U.S. Senator Lamar Alexander (Republican-Tennessee), the retiring chair of Senate Health, Education, Labor and Pensions Committee and a close confidant of McConnell’s.

Two sources confirmed to The Huffington Post that McConnell was the primary legislator who blocked the extension, with assistance from Alexander.

Their offices did not respond to requests for comment.

Mnuchin told Pelosi that Republicans felt renewing the mandate would put the policy on a path to permanency, which they wanted to block, according to one senior Democratic aide who spoke on the condition of anonymity to relay the private conversations.

Republicans were generally reluctant toward any “new mandates on business,” another Democratic aide said.

Alexander’s opposition to the mandate is slightly more nuanced.

In a statement to Buzzfeed, Alexander said requiring paid leave has put undue financial burden on state and local governments that are not eligible for reimbursement from the Federal Government, but are still required to guarantee leave.

This is a snag in the program that could be solved with more funding for state and local governments, but Republicans were vehemently opposed to that in negotiations as well.

Republican opposition to comprehensive paid leave isn’t so isolated, however.

GOP Senators have been on the record criticizing the Paid Leave Mandate since its passage in March, calling it too burdensome on small businesses that would have to wait too long to receive their tax credits.

To Continue Reading This Labor News Story, go To: www.huffpost.com/entry/covid-19-paid-leave-mandate-expiring_n_5fe256bac5b6ff74797e140f?ncid=engmodushpmg00000003&fbclid=IwAR1x09xMb7FLH-C0pajlyGwZyn18cLJuDXiFutAXx7Nri-5OTragW1fcoqc&guccounter=1&guce_referrer=aHR0cHM6Ly9sLmZhY2Vib29rLmNvbS8&guce_referrer_sig=AQAAALrhL7-50nApAC1gwARqiCioAEiOpjU27RrUOq5kewW65IAcrV_rdmAyucyqm-XrTXcmUR-QI1emZLelUFM_XyRAj7rP6PbxmNvDwyVJIKwLmR2XWfDz2oigW1VkEZTuifTnN49o-llhDB6dIOER4XZg2Xd8qzYsWFgf-LN1Xp1C