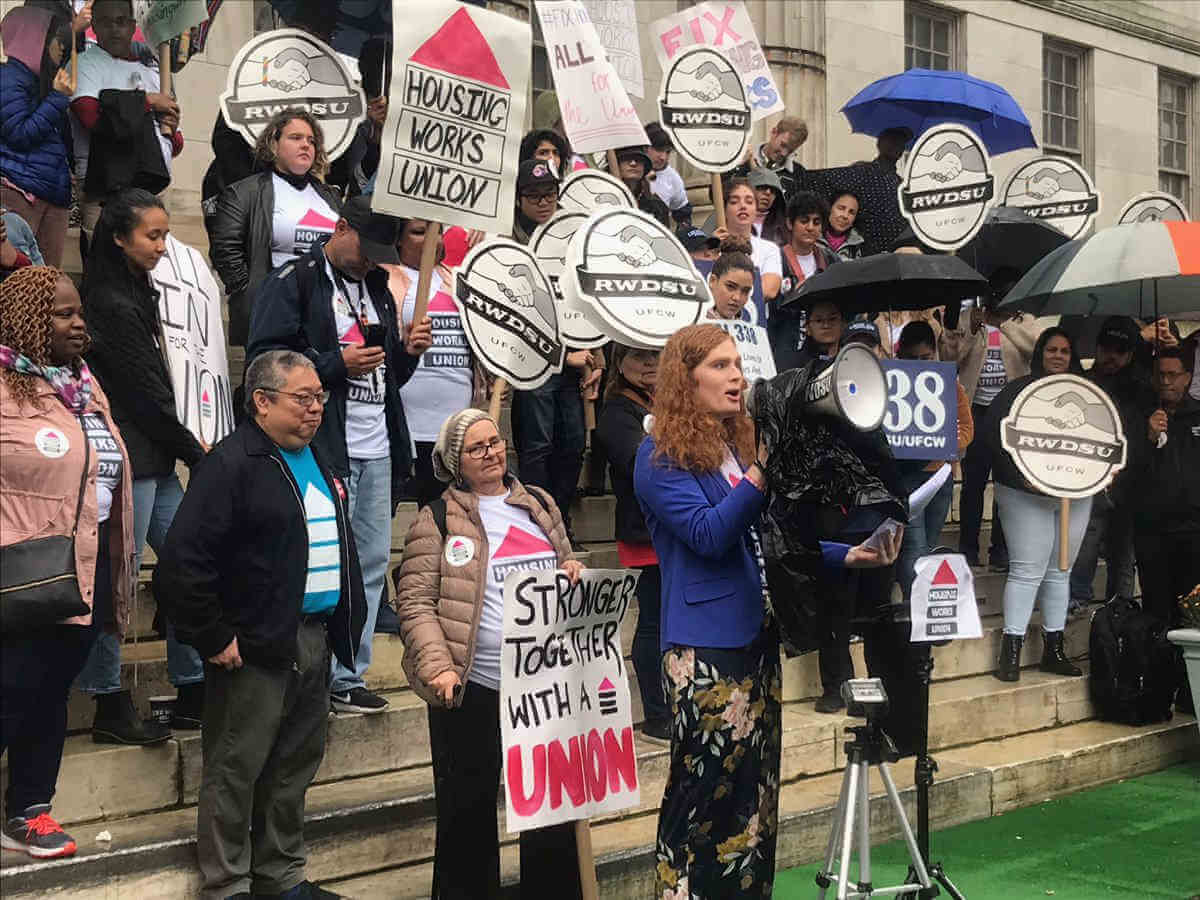 (NEW YORK CITY) - After two years in the trenches and a tense confrontation last year with their employer, Housing Works staffers across New York City have voted to unionize.

The Retail, Wholesale and Department Store Union (RWDSU) announced the non-profit’s Workers voted 88% to 12% to join the National Union, which represents 100,000 Workers across the country.

“These Workers ‘experienced a needlessly long fight’ to Unionize their workplace.  Their tenacity and fortitude ‘never wavered in this unnecessarily long process, which was stalled by their employer at every turn,’” RWDSU President Stuart Appelbaum said. “Together, ‘they are ready to win a strong contract that will only enhance their ability to care for the Housing Works Community.’”

Housing Works President Matt Bernardo said the non-profit would respect the majority vote: “We promised two years ago and have repeated frequently since then that we would bargain in good faith with the Union if they received a majority of votes, and with our work as essential as ever, we will work constructively with the Union to achieve our shared goal of advocating for our clients as we always have.”

The vote to Unionize marks a victory for Housing Works Employees who fought with company leadership to organize for years.

Staffers have long complained about wages so low that some are forced to live in shelters, unsafe work conditions and unmanageable caseloads.

CEO Charles King had opposed the Unionization Drive, sparking criticism that he was betraying his own non-profit, which has fought for vulnerable New Yorkers and progressive values since its founding in 1990.

A months-long effort to organize came to a head in February when about a dozen Workers confronted King in his office, but he was unmoved (pictured below). 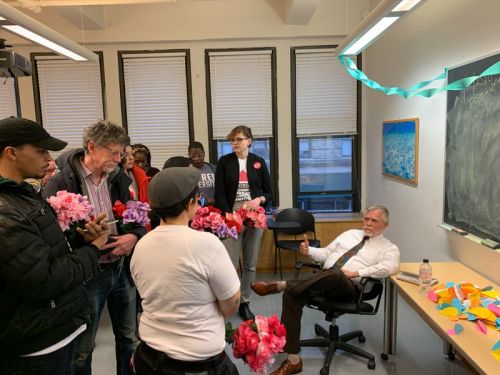 The meeting led to Workers filing an official petition to Unionize with the National Labor Relations Board (NLRB), which set off a formal election.

To Directly Access This Labor News Story In Its Entirety, Go To: www.nydailynews.com/new-york/ny-housing-works-union-vote-20201230-65hmtpdchrhvbc7xfeiqacofvu-story.html