âWe Are Confident Dr. Cardona Will Bring With Him A Commitment To Serving All Studentsâ - UUP President Praises Selection Of Dr. Miguel Cardona As U.S. Secretary of Education In The New Biden Administration 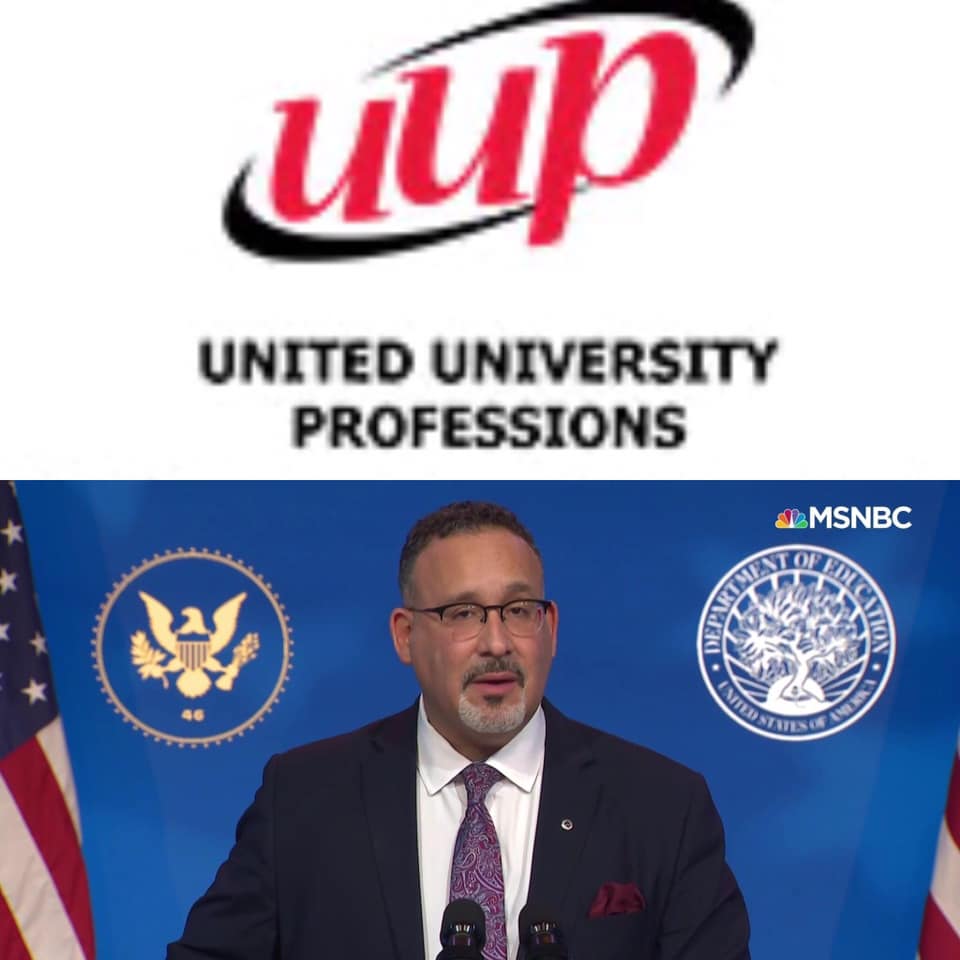 (ALBANY, NEW YORK) – United University Professions (UUP) President Fred Kowal is praising the selection of Dr. Miguel Cardona as U.S. Secretary of Education under the new Biden Administration, saying, in part: “We are confident Dr. Cardona will bring with him a commitment to serving all students.”

Given the devastation the Coronavirus Pandemic has wreaked on the Nation’s public schools, colleges and universities, there isn’t a minute to lose in securing strong leadership in this most important post.

As the Nation’s largest Higher Education Union, with a membership that works in the country’s largest Public Higher Education System - the State University of New York, UUP looks forward to working with Dr. Cardona as he shapes the Biden Administration’s focus on higher education.

We are confident Dr. Cardona will bring with him a commitment to serving all students, including those from impoverished backgrounds and underrepresented communities, and those students who identify as LGBTQ.

And while this is a time to look forward, it is worth noting that the tenure of outgoing Secretary Betsy DeVos stands out for how deficient it was in the service of underrepresented students.

We are confident Dr. Cardona will be an advocate for emergency financial resources for our public colleges and universities, many of which were struggling with chronic underfunding even before the pandemic.

We also need action on the staggering problem of student loan debt, which has burdened so many young graduates and has limited their choices about their post-college lives.

UUP stands ready to be part of the promising change that Dr. Cardona can bring to the country as our next Secretary of Education.