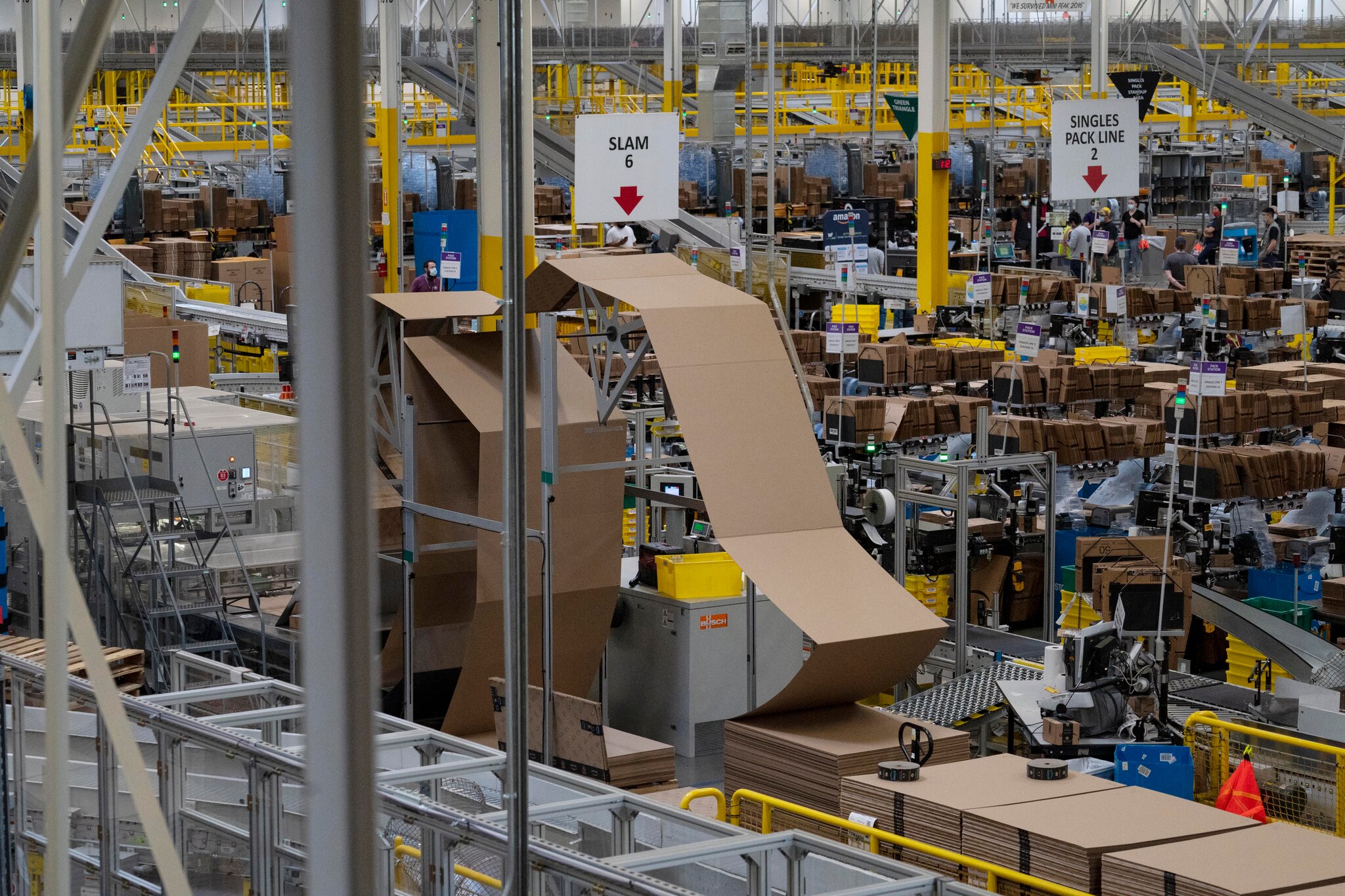 (BESSEMER, ALABAMA) - Alabama might not be the first state that comes to mind when someone mentions Labor Unions, but it is far from being the least Union State in the country - that title belongs to South Carolina, which has a shockingly low 2.2% Union Membership among its Worker population.

Alabama ranks 28th in the country with 8.5% of its Workers in Unions, not great - but not the worst either.

Birmingham, which was once known as the “Pittsburgh of the South” because of its steel industry, is no stranger to Labor Unions.

So it’s not too big of a surprise that the one of the most important Union Organizing Drives in recent memory is happening right outside the city in the suburb of Bessemer.

Amazon opened one of its notorious fulfillment centers there earlier this year - a mammoth 855,000-square-foot warehouse with 1,500 Full-Time Employees.

Months later, the Workers looked to organize with the Retail, Wholesale and Department Store Union (RWDSU).

The National Labor Relations Board (NLB) earlier this month gave the green light to a Union Election.

Now, Workers have moved one step closer to an election after Amazon and the Union agreed on which Workers would be allowed to vote.

Amazon wanted Part-Time/Seasonal Workers to be included with Full-Time Workers for voting purposes.

The RWDSU went along with Amazon’s request.

The New York Times reports: “The Union agreed to include the Seasonal Workers, even though it means expanding the pool of Employees it needs to win over.  But by conceding the seasonal issue, the Union probably avoided days of testimony from Amazon that could have stretched well past Christmas and slowed some of the organizing momentum.”

“Our interest is in making sure there is an election soon,” the RWDSU’s lawyer said.

For more on this story, visit The New York Times here.

And To Directly Access This Organizing Labor News Story, Go To: https://labor411.org/411-blog/thousands-of-amazon-workers-move-one-step-closer-to-historic-union-vote-at-alabama-warehouse/?fbclid=IwAR3qvrRdROrqgr7KzcRijQjOYGIprEfN_4ysaP2bmAsrn4neIgWWSoDHIhQ