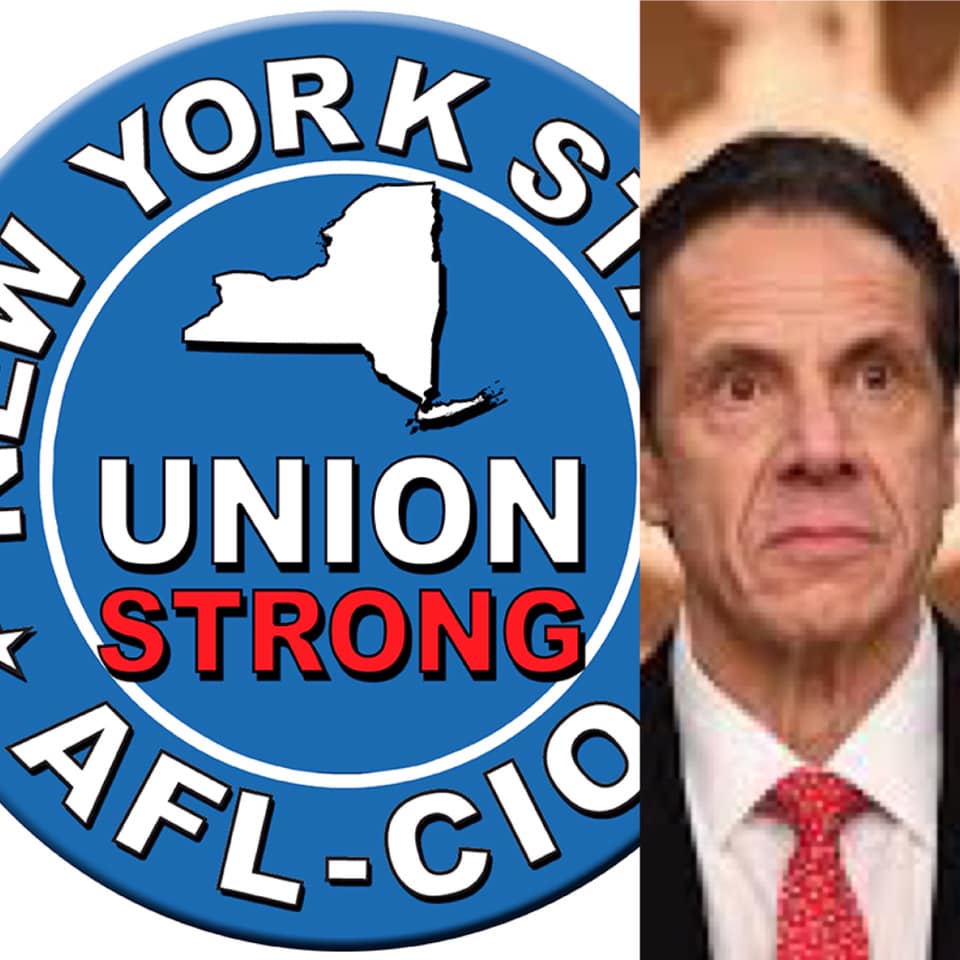 “The governor’s message was, ‘Things are dire. I’m going to need your help,'” a Union source said of Wednesday’s (December 16th) secret chat.

The Labor Insider said the meeting had its tense moments, with Cuomo expressing displeasure over the 2.5 million New York State AFL-CIO putting its muscle behind a letter supporting State Lawmakers holding an emergency end-of-year session to impose $7 billion to $9 billion in tax hikes on the wealthy to deal with the fiscal crisis.

The letter basically sided with Assembly Speaker Carl Heastie, who wants to pass taxes right away, as opposed to Cuomo, who wants to address taxes and spending as part of next year’s budget talks and waiting to see if Congress and President-Elect Joe Biden deliver COVID-19 Relief Aid early next year.

Their Unions were among the 10 who signed on to the AFL-CIO Tax the Wealthy letter.

Led by the New York State AFL-CIO, the Unions issued the following statement:

We applaud the Governor's announcement to advance up to $1.5 billion to preserve vital services threatened by cash flow issues and to prevent additional cuts.

This action will stave off layoffs through the foreseeable future.

It will also provide New York with a clearer picture of the economic landscape and allow us to have a better idea of Federal funding to state and local governments, led by the efforts of the Biden Administration.

Addressing this crisis during the state budget process, and with a more comprehensive approach that will include tax increases and revenue enhancers, will help to ensure that New York State gets back on solid financial footing, and more importantly, saves the jobs and livelihoods of tens of thousands of New Yorkers.

Both Cuomo and the Union Leaders expressed consternation that Congress will not immediately cough up money to help close the state’s massive budget hole, and worried any aid that may come after President-elect Biden takes office next year will be too late to prevent deep cuts in spending, which raises the specter of layoffs of Government Workers.

For More On This Labor News Story, Go To: https://nypost.com/2020/12/17/cuomo-urges-help-from-labor-unions-to-address-city-fiscal-crisis/ And https://nysaflcio.org/press-releases/labor-supports-governors-action-stave-layoffs?fbclid=IwAR1DVo6YMSgxNtYbc9d7_ElrPafQEPn7etv8UFmfRYx_RRSSeBk5CdLhhNg