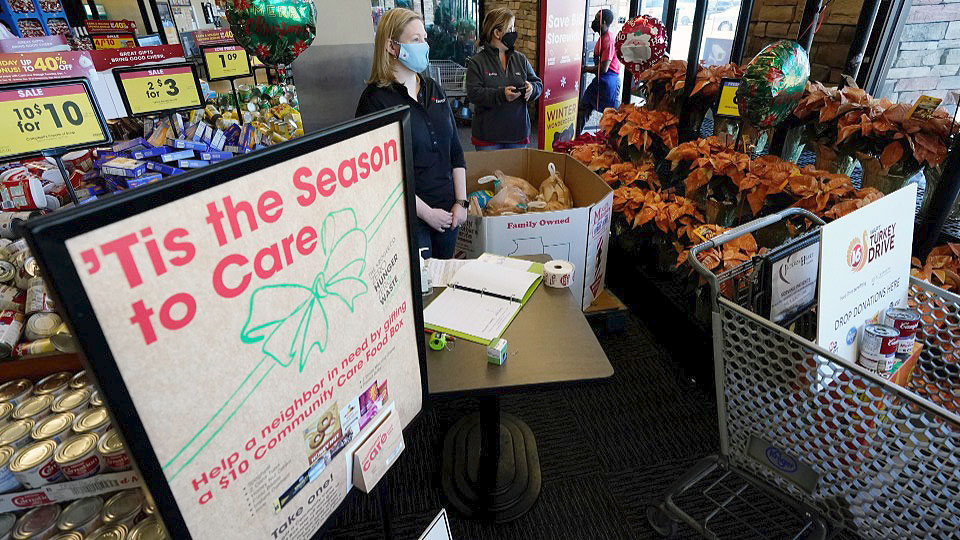 (WASHINGTON, D.C.) - Three Front Line Workers whose lives and livelihoods are under constant pressure from the threat of the Coronavirus Pandemic say their employers - a grocery chain and an acute-care facility - first hailed them as “essential” and treated them well, but after an initial burst of recognition, the companies are now more interested in profits than in people.

But in a Zoom discussion convened by the Brookings Institution Think Tank, Workers Lisa Harris, Jeffrey Reid, and Sabrina Kopps all also agreed that without protection from their Unions, the situation would be much worse.

Harris, a Cashier for Kroger in Richmond, Virginia, and Reid, a Meat Department Clerk for a Giant Food Store in D.C.’s Maryland suburbs, are Members of the United Food & Commercial Workers (UFCW). Kopps, a Service Employees International Union (SEIU) Member, was a Housekeeping Aide at a Washington, D.C. acute care facility who recently was promoted to be a Housekeeping Supervisor.

All three are also members of a Brookings advisory panel of Rank-and-File Workers nationwide and contributors to the institution’s report, released on November 20th, on how major retailers are treating, or mistreating, Front Line “Essential” Workers during the pandemic.

The report says most major retailers, including two of the largest, notoriously Anti-Worker Walmart and Anti-Union Amazon, first declared “Essential” Workers vital and awarded them bonuses and hazardous duty pay, but later halted it, even though the viral threat has increased.

A few retailers have continued the pay and one Non-Union firm raised the pay of all its Workers to $15 an hour, voluntarily.

The pandemic is a particular threat to Grocery Workers such as Harris and Reid and Health Care Workers like Kopps, all of whom have constant interactions with the public and thus increased exposure to the virus.

Some 12.6 million people have tested positive for Coronavirus in the United States since the viral pandemic began - and 259,845 have died.

All three Workers on the panel are African Americans.

“Just dealing with patients ‘is time-consuming and scary,’” Health Care Worker Kopps said. “Its ‘petrifying not knowing if they have COVID.’  ‘I’m scared because I can bring COVID home to my daughter, my son, and my grandson.’”

Both Kopps and her son are asthmatic, putting them at higher risk.

It’s also emotionally draining, she noted, since the viral pandemic, which has been particularly dangerous in acute-care and other nursing home-like facilities, forced managers to literally bar all family contact with residents.

To Continue Reading This Labor News Story, Go To: https://peoplesworld.org/article/essential-workers-companies-more-interested-in-protecting-profits-than-people/