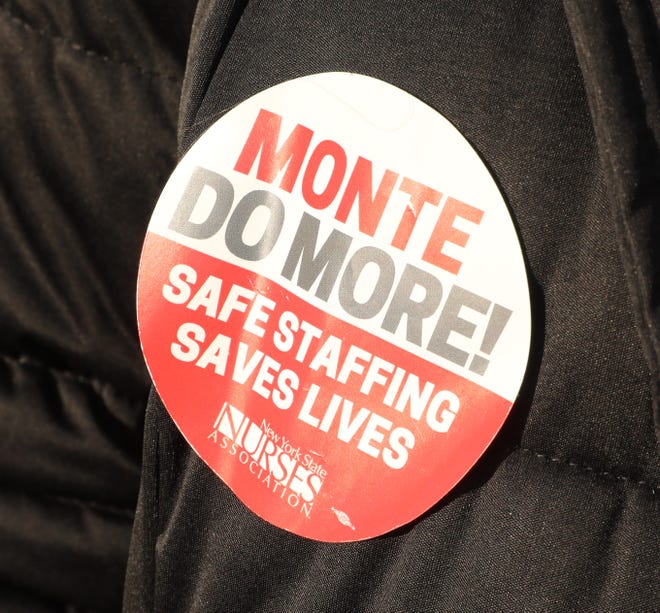 Nurses have given Montefiore New Rochelle Hospital a 10-day notice that they will Strike for two days starting December 1st unless Montefiore moved on contract negotiations that have stalled for two years, Registered Nurse (RN) Kathy Santoiemma told The Journal News/lohud.

The New York State Nurses Association (NYSNA), which represents Nurses at New Rochelle, have also released a Patient Care Chronicle, which analyzes nearly 100 Protests of Assignment (POAs) filed by NYSNA Nurses at Montefiore New Rochelle Hospital in the past year. Those official reports indicate repetitive and consistent staffing problems related to insufficient numbers of Nurses throughout all hospital departments, but particularly in the Medical/Surgical Units. (For More, Go To: www.nysna.org/press/2020/new-rochelle-nurses-brace-second-covid-surge-without-adequate-staffing-or-contract#.X8EHM2hKiiM)

Meanwhile, Santoiemma said 98.4% of Nurses at the New Rochelle hospital voted to go ahead with the Strike.

She said she believed it would take a "big push" from Nurses before progress is made toward a new contract.

Working conditions have forced many young Nurses to leave the hospital for other jobs, she added.

Staffing at the hospital is one Nurse for every nine patients on the medical and surgery floors and one nurse to three patients in intensive care, according to NYSNA.

Santoiemma said a contract deal did not need to be reached to avoid a Strike: "We ‘want to talk, we want to move, we want to do something that will give us better staffing.’"

To Read This Labor News Story In Its Entirety, Go To: www.lohud.com/story/news/local/westchester/new-rochelle/2020/11/20/montefiore-new-rochelle-nurses-threaten-strike/3776521001/