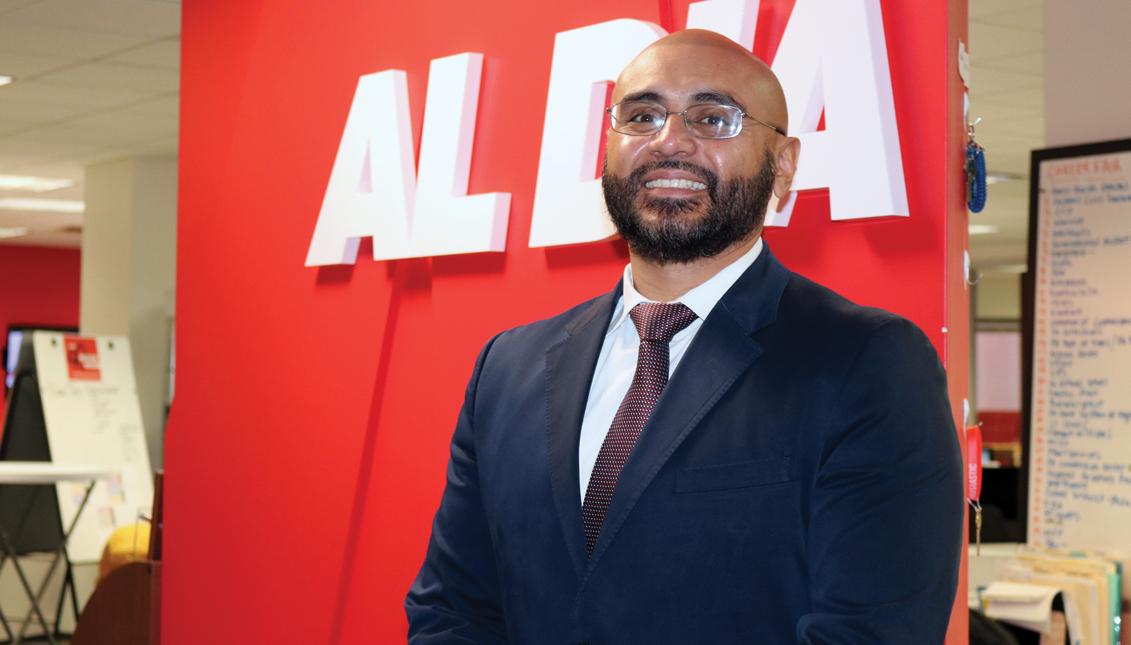 (PHILADELPHIA, PENNSYLVANA) - Looking back on his upbringing, Esteban Vera Jr. calls everything a “blessing.”  “Together, it takes a village sometimes to raise a child,” he said.

For him, that village was the block of Mutter and Cambria Streets in the Fairhill section of North Philadelphia.  His parents were proud Puerto Ricans who came to the city in their late teens. Vera’s Dad worked in a factory for more than 40 years to support the family and his Mom never worked on account of her poor health.  “We ‘didn’t have a lot of money,’” he said, “but ‘we were a modest family.’”

In addition to the importance of school and respect for all, Vera’s parents also taught him the “blessing” of citizenship.  It’s a coveted designation that millions come to the U.S. annually to one day achieve and one his family already had thanks to their Puerto Rican heritage.

“A lot of people ‘can really make a better life for their families,’” Vera said.

In his Dad’s eyes, citizenship was an opportunity to better his family’s situation and the lives of others in general going through similar circumstances.

That’s a mindset Vera Jr. would carry throughout his whole life.

“Don’t waste an opportunity,” he remembers his Dad saying, “because you might have it to help somebody else.”

Vera Jr.’s first opportunity to do so out of high school was in the military.  It was a dream he had ever since he was six years old.  At that age, he remembers watching an Army commercial on TV and breaking the news to his Mom: “I told her I was going to join.”

In the military, Vera was deployed to Bosnia on a peacekeeping mission.  “We considered ourselves the world police,” he said.

Still, despite the values he came into the military with from his parents, Vera said the experience had “better lessons” to teach him.  At the time of his deployment in the mid-90s, Bosnia was in the middle of a civil war that featured the worst ethnic cleansing since the Holocaust.

“We see the bad sometimes in our own country, but over there, you see people ‘with no shoes walk around with AK-47s,’” Vera Jr. said.

In another instance, he remembers a little boy that would come by his squad’s post from time to time, sometimes with his baby sister also in tow.  He didn’t know any English, but would still interact with the soldiers any chance he got.  “All he would know is ‘Pepsi,’” said Vera Jr., who would oblige the boy’s request whenever he came with a Pepsi and a Snickers bar.  One day, the boy stopped coming, and Vera Jr. later found out that he and his sister hadn’t made it out of their situation, caught in the crossfire of war.  “To this day, I still remember that little boy,” he said.

When Vera Jr. came back from the military, he went into construction work with his uncles.  They’d been members of the same Construction Union since he was a kid.

Early on, he was attracted to the work the organization did in the community.  “I ‘knew they always helped people, and I would hear stories about the things they would do,’” said Vera Jr.

The Union also provided Vera with a similar chain of command and structure to the military.

He initially joined Laborer’s Local 57 on a volunteer basis in 2005 while still working construction.

In two years, he was offered the position of Organizer as a result of all his volunteer work.