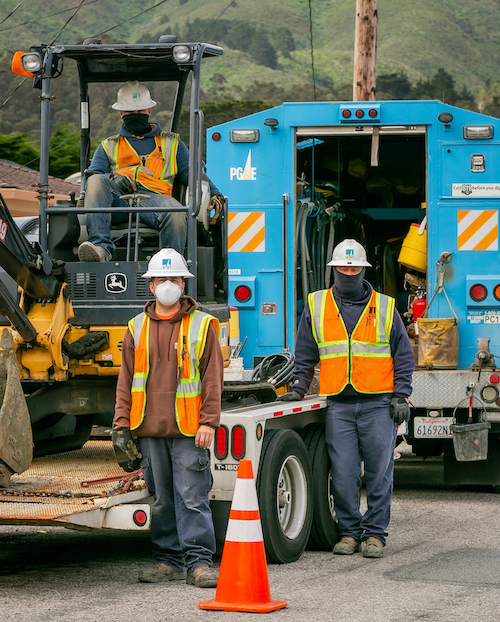 (ACROSS THE UNITED STATES) - Labor Activists and public officials are making strides at the state level to reduce Workers’ risk of exposure to COVID-19, piecemeal but vital efforts in the absence of a national game plan nine months into the Coronavirus Pandemic.

Their actions have led to virus-specific requirements on employers in at least 14 states through emergency orders and guidelines that offset the Republican Trump Administration’s refusal to issue a Federal standard.

By default, the virus falls under the U.S. Occupational Safety and Health Administration’s (OSHA) General Duty Clause, stating that employers must maintain a work environment "free from recognized hazards that are causing or are likely to cause death or serious physical harm.”

Using the broadly interpreted language to crack down on COVID-19 violations is challenging at best - and often futile.

“Like ‘trying to perform surgery with a butter knife,’” is how Sean Egan puts it - and he would know.

He helped develop an emergency standard that went into effect in mid-October as the state’s infection rate was rising, rules that even won support from business associations for their specificity.  They understood an enforceable standard evens the playing field and helps them stay open, Egan said, “because ‘not all’ employers ‘would take precautions on their own and that spreads the virus.’”

But OSHA’s ambiguous clause isn’t the only Federal barrier to safeguarding Workers in the COVID-19 era.  Years of budget and staff cuts, and more recently political neglect, have created an unmanageable backlog at the agency, impairing its capacity, and will, to investigate and penalize law-breaking employers.  “We’ve ‘seriously undervalued workplace safety in this country for so long’,” Egan said, summing up both cause and effect.

In Iowa, IBEW Dubuque Local 704 Business Manager Tom Townsend said State and Federal Inspectors were stretched to the breaking point long before the virus first raced through meatpacking plants in April: “They’d be inspecting for twenty years here ‘just to inspect every facility right now, without any new job sites.’  ‘You have to tell them that someone’s going to die and then maybe they show up in a couple of days.’”

But he doesn’t blame the inspectors: “It’s ‘not their fault.’  ‘Those guys are doing the best they can.’”

An October report from the National Employment Law Project (NELP) illustrates what else is falling through OSHA’s cracks in the wake of the pandemic.

To Continue Reading This Labor News Report, Go To: www.ibew.org/media-center/Articles/20Daily/2011/201120_InFederal