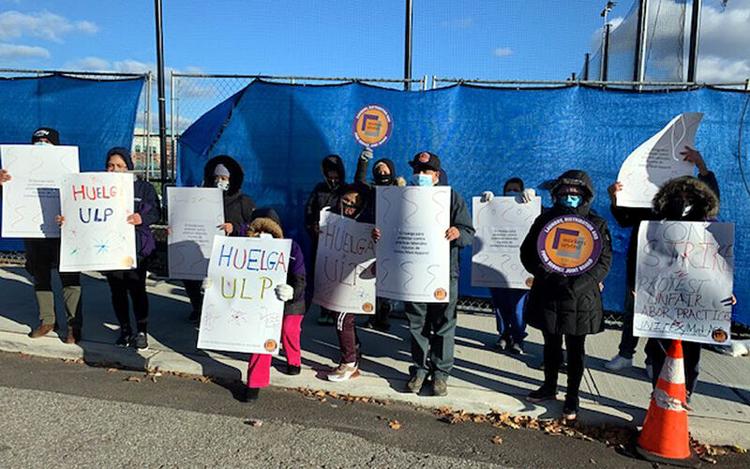 (NEW YORK CITY) - The Union representing Employees of one of New York's largest hospital laundry and medical uniform companies launched a two-day strike earlier this week to protest what it maintains were "illegal threats of termination" by the company that are being investigated by the National Labor Relations Board (NLRB).

The dispute with Unitex Corporation, which operates 11 facilities in the Tri-State Region, involves hundreds of Workers represented by the Laundry, Distribution, and Food Service Joint Board, Workers United/Service Employees International Union (SEIU) at the company's Perth Amboy, New Jersey facility.

According to the Union, the contract expired in March - but was extended until July.

"Along with the commitment to protections against COVID-19, these Laundry Workers are fighting for small wage increases and continuation of a modest pension benefit that costs around thirty cents per hour - a tiny expense that Unitex can easily afford," the Union said in a statement. "Unitex is a wealthy company, reportedly earning $150 million in annual revenue as of 2014, yet its owners are demanding unreasonable concessions that may force Employees to Strike."

"Recently, Unitex refused to disclose exactly how many Employees of its Perth Amboy facility have contracted COVID-19," the Union said in a statement. "And the corporation claims it has 'not measured' the distance between Employees, despite a clear requirement to keep Employees at least six feet apart whenever possible."

Employers must conduct daily health checks prior to Employees' shifts and excuse sick Workers while notifying their colleagues of COVID-19 workplace exposure in a timely fashion.

Under the Executive Order, New Jersey's Department of Labor and Workforce Development (NJDOL) - along with the state's Department of Health, are charged with investigating Employee complaints.

A Unitex spokesperson did not respond to messages seeking comment on the Union's concerns.