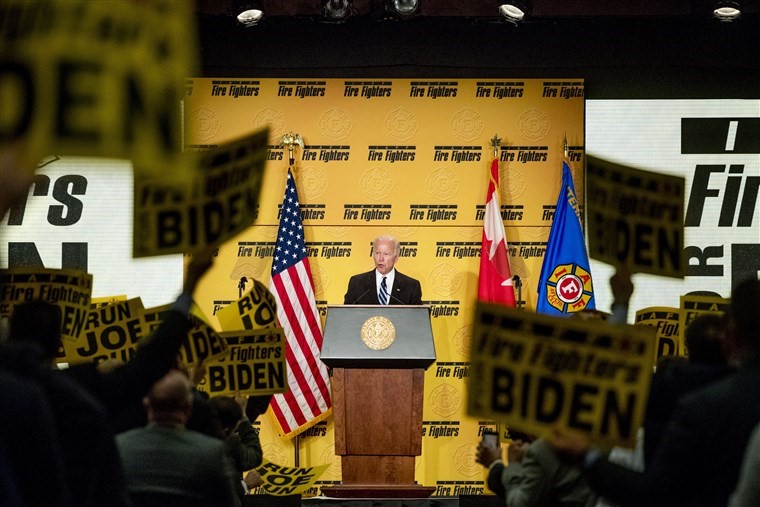 (WASHINGTON, D.C.) - President-Elect Joe Biden's campaign began at a Union Hall in Pittsburgh, a city with deep ties to Organized Labor, and it ended nearby with an election-eve promise to be "the most Pro-Union President you've ever seen."

After a strained relationship with Barack Obama's White House and a sometimes downright hostile one with Republican President Donald Trump's, Organized Labor turned out to help elect Biden and is now pinning its hopes on his administration to help fight the long decline in Union Membership and influence.

Richard Trumka, the President of the National AFL-CIO, the massive Federation of Unions that represent more than 14 million Workers, said Biden's resurrection of the "Blue Wall" in the industrial Midwest was "Union made."

"We delivered," Trumka said. "He said he's ‘going to be the most Pro-Worker President we've ever seen and I absolutely believe him.’"

Union Leaders like Trumka, many of whom have known Biden for decades, view him as one of their own.

"Joe's a ‘Blue-Collar’ guy.  He comes from a Blue-Collar background ‘and he never forgot where he comes from,"’ Trumka said.

Biden's performance among Union Households, while weaker than some had expected, gives Democrats and Labor Leaders hope that their long-standing marriage will flourish, even as the GOP continues to make gains among Working Class voters.

But now Labor Leaders say Democrats need to show tangible improvements in the quality of life for those voters.

At the top of Labor's wish list is the Protecting the Right to Organize Act, a sweeping overhaul of Labor Laws that passed the Democratic-controlled House this year.

But getting it to Biden's desk for his signature will depend on Democrats' winning Senate control in a pair of Georgia run-off elections in January, which is by no means certain.

Union Leaders also see plenty of opportunity through executive actions, especially during the Coronavirus Pandemic, which helps explain the early jockeying among bold-faced names for the job of Labor Secretary, which is typically one of the lower-profile Cabinet posts.

"Joe Biden, regardless of what happens in the Senate, ‘has the opportunity to be one of the most consequential Presidents of our time because of the moment that we're in and who he is,’" American Federation of Teachers (AFT) President Randi Weingarten says.

Along with friendly appointments to key positions on the National Labor Relations Board (NLRB) and other posts, the Biden Administration could reclassify some Gig Workers as Employees instead of Independent Contractors, which could entitle them to benefits and overtime and allow them to Unionize.

Biden promised during the campaign to "ensure Workers in the 'gig economy' and beyond receive the legal benefits and protections they deserve."

To Continue Reading This Labor News Story, Go To: www.nbcnews.com/politics/2020-election/joe-s-blue-collar-guy-after-years-declining-power-union-n1247819?fbclid=IwAR0WdE-6MVKKOnzIMPWBsdOZACf8z_Yy1wPlAw8U8ehbfl4iWWmblB6-79c