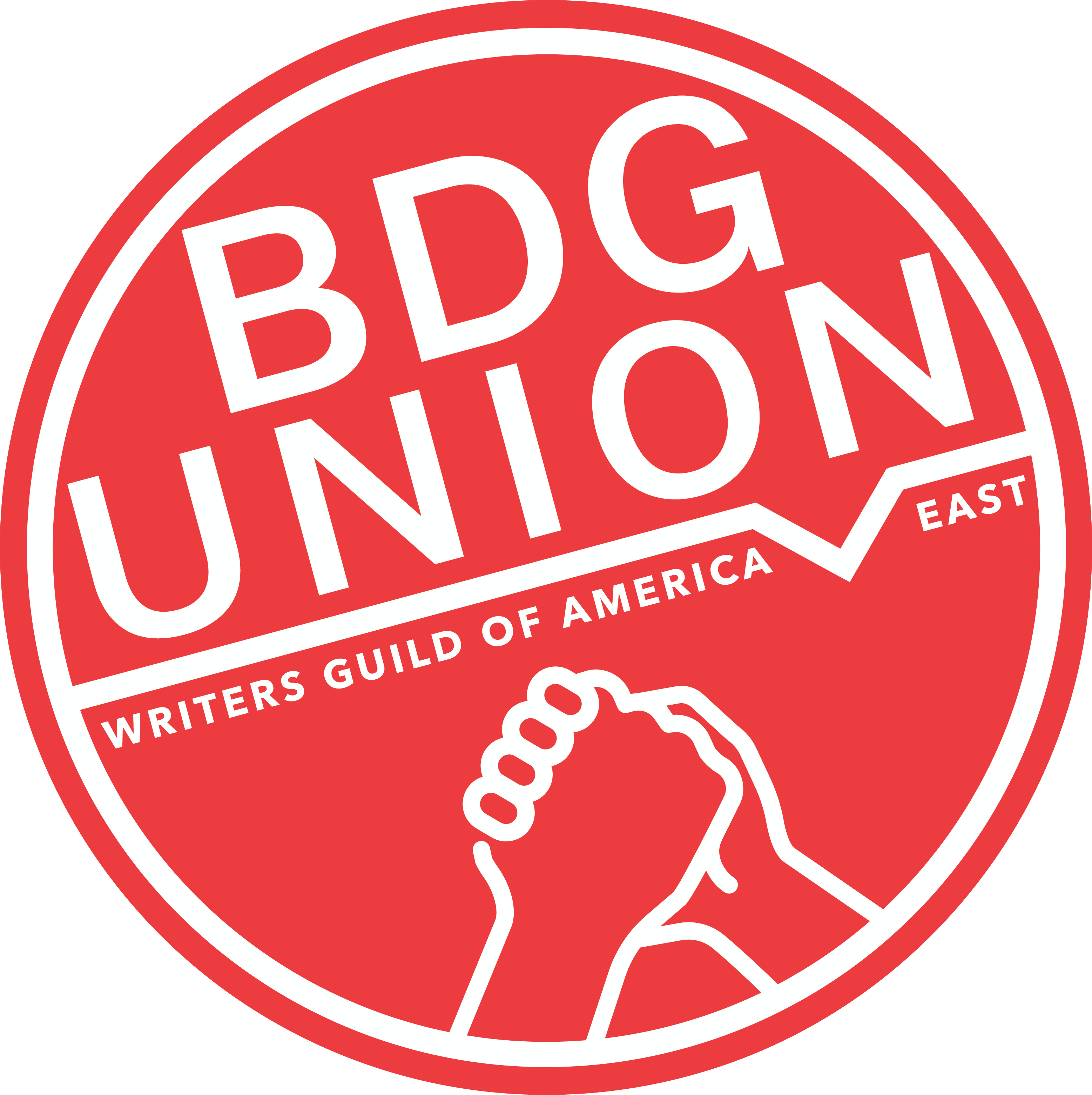 (NEW YORK CITY) – The Bustle Digital Group (BDG) - one of today’s leading, global media companies with a portfolio of distinct media brands that are shaping culture, has voluntarily recognized the Writers Guild of America, East (WGAE) for the purpose of collective bargaining after an overwhelming majority of Employees in that Unit signed Authorization Cards.

“We ‘welcome’ Bustle Digital Group Employees to the Writers Guild of America, East.  ‘Like thousands of their colleagues in the industry, they recognize the value and power of collective bargaining.’  ‘Together, we can ensure that their voices are heard about the vital issues affecting their work and their workplace,’” WGAE Executive Director Lowell Peterson said.

Bryan Goldberg, CEO and Founder of BDG, said: “We ‘respect the decision’ by some of our Editorial, Design, and Video Employees to be represented by the Writers Guild of America, East for collective bargaining, ‘and we quickly voluntarily recognized the Union.’  ‘We look forward to a productive and mutually respectful dialogue with the WGAE as we work through this process.’”

The BDG Organizing Committee sent a statement to BDG management which said: “We are proud of creating work that is intentionally inclusive, creative, and empowering.  Unionizing will allow us to more fully live out these values.  Considering the momentous changes that are routine in our industry and the unique challenges of the past year, we feel now is the time to join our industry peers and organize in the hopes of forming a more equitable workplace.  We love our work at BDG and we are organizing to make it even better.”