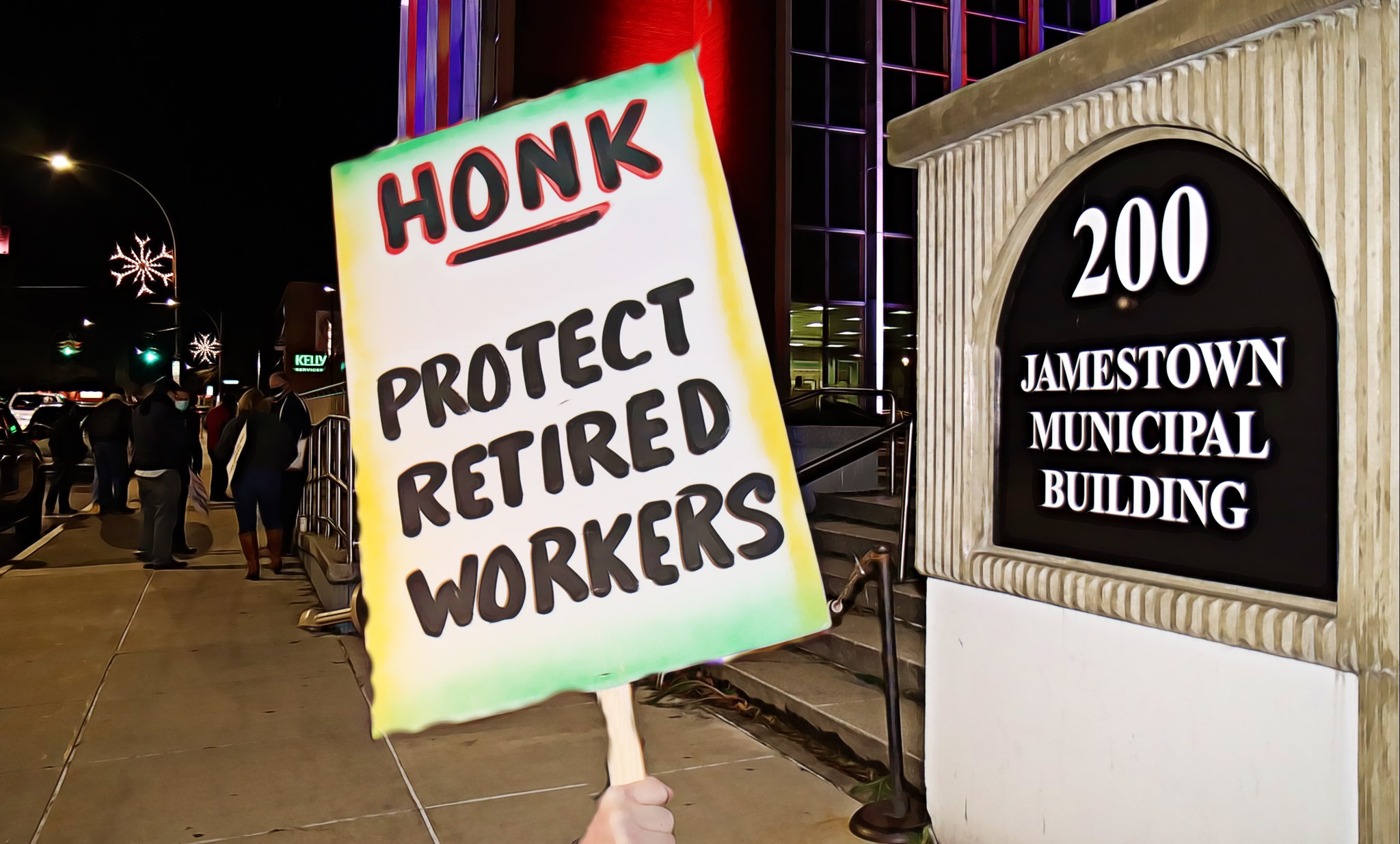 As more than 150 people took part in the rally, the Jamestown City Council met in the first-floor lobby of the municipal building in full view of the protest taking place in Tracy Plaza where Unionists called on Mayor Eddie Sundquist to keep his hands off retiree health care. 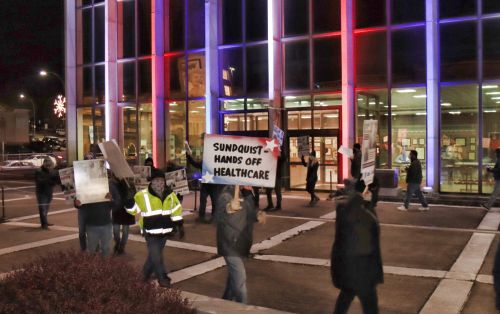 According to the City of Jamestown proposed budget for 2021, retired Employees over 65 will be kicked off their current health care insurance plan and will be moved to Medicare, a switch that many legal analysts believe violates terms of the collective bargaining process between the city and the Unions representing the Retired Employees.

Matt D’Angelo, a CSEA Labor Relations Specialist assigned to Chautauqua County, says the proposed unilateral health care changes by the mayor violate good faith bargaining and do not meet the intended spirit of the previously negotiated insurance provisions that were agreed upon when these contracts were ratified.

CSEA Western Region President Steve Healy said: “We are demanding our city elected officials make ‘no’ changes to retiree health care provisions spelled out in our contracts.  We are demanding our retiree Members be held harmless throughout the 2021 Executive Budget process.  If the Mayor and our Jamestown Elected Officials ignore our demands, all six Unions will collectively pursue legal remedies to keep our retired Working Families whole.”

Peters told those at the rally: “By taking this course of action, the Jamestown Mayor has signaled his ‘lack of respect’ for the collective bargaining process and ‘is showing very little concern for the welfare of all’ City Employees, our Retirees and all our Working Families.  Retirees of the City of Jamestown are ‘not low hanging fruit.’  The city ‘needs to honor its word.’” 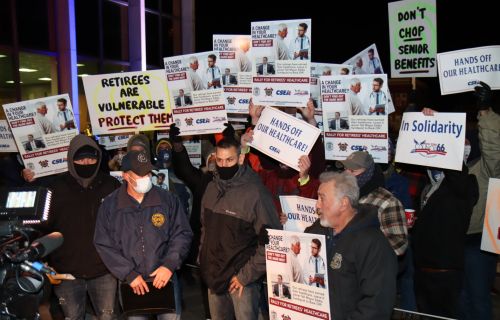 After a temperate confrontation with Mayor Sundquist and Unionists outside City Hall, Peters summed up the evening’s event: “Together, ‘we can see this through with the hope that it sends a message’ to City Lawmakers and Administrative Law Judges ‘everywhere that negotiated collective bargaining agreements are a done deal.’  ‘You can’t unilaterally change terms and conditions of what we agreed to after the fact.’  What the Mayor ‘is doing to us is morally and ethically bankrupt.’” 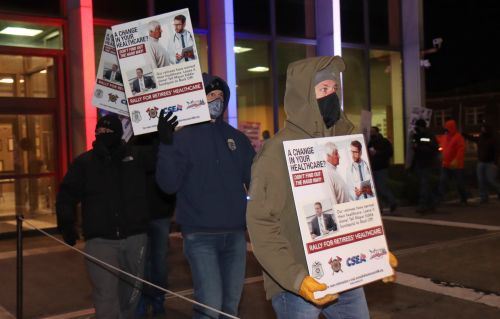 In the short term, City Council will continue to debate the health care issue and formalize plans for a complete 2021 Executive Budget.

After the rally, the mayor stated to the media there is no date set to vote on the proposed retiree health care changes at this time.