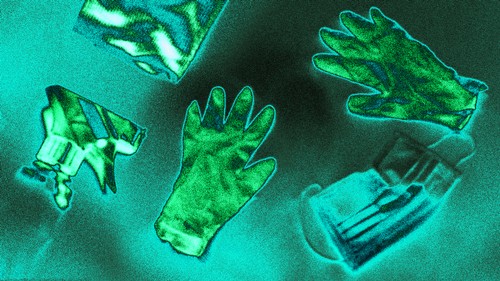 (WASHINGTON, D.C.) - America’s Personal Protection Equipment (PPE) stockpiles are critically low ahead of what is expected to be an even deadlier COVID-19 wave.

As President-elect Joe Biden prepares to assume office in January, there’s no lack of challenges ahead of him: Guiding the U.S. to economic recovery from historic unemployment rates; Enacting comprehensive criminal just reform; Restoring America’s faith in science; Defending the Affordable Care Act (ACA); Recalibrating America’s foreign relations; Tackling climate change - Oh, and add beating back what is expected to be the deadliest wave of the COVID-19 Pandemic to that ever-growing list.

With America surpassing the 10 millionth reported COVID-19 case and COVID-19 infections increasing across the country, experts caution this most recent surge of the virus is likely to surpass previous death rates.

Fittingly, the Biden-Harris Administration is preparing to respond quickly.

Biden has already announced the members of a Coronavirus Task Force and has already released an outline of how the administration plans to beat COVID-19.

Listed as the second action in that plan is supporting U.S. manufacturing capacity for critical medical goods.

Though Republican President Donald Trump claimed to have led America in the “greatest mobilization of our society since World War II” in his response to the Coronavirus, he utilized the DPA to award only seven medical supply contracts to domestic manufacturers since the start of the pandemic, inciting many in the medical community to call for more action.

And months after Trump’s “mobilization,” America is facing a national stockpile crisis all over again.

A survey by the Public Interest Research Group found 46% of “all nursing homes nationwide reported they didn’t have a one-week supply of at least one type of PPE at some point from May through August,” with this one-week supply being an minimum standard for preparedness.

Even the manufacturers who have received DPA contracts are struggling with scaling up to meet America’s overwhelming demand.

The 3M Company, the largest domestic manufacturer of N95 masks and a recipient of several DPA contracts, has increased its production from “22 million in 2019 to 95 million by the end of 2020,” according to CBS News, but demand in the U.S. is far outpacing 3M’s supply.

Alarmingly, the most critical medical supply shortage that’s been reported in recent weeks is in disposable nitrile gloves, 99% of which are manufactured in China and Malaysia.

There are precious few nitrile glove manufacturers currently operating in the U.S. and the process of establishing more production here is lengthy, leaving America exposed to further dependency on foreign powers.

Its past time America got serious about supporting America’s manufacturers in our Nation’s fight against COVID-19.

With such limited response from the Trump Administration, Biden’s plans offer hope that U.S. manufacturers will receive the support they need to continue the fight against COVID-19.

To Read This Labor News Report In Its Entirety, Go To: www.americanmanufacturing.org/blog/biden-to-use-defense-production-act-to-bolster-domestic-ppe-supply/