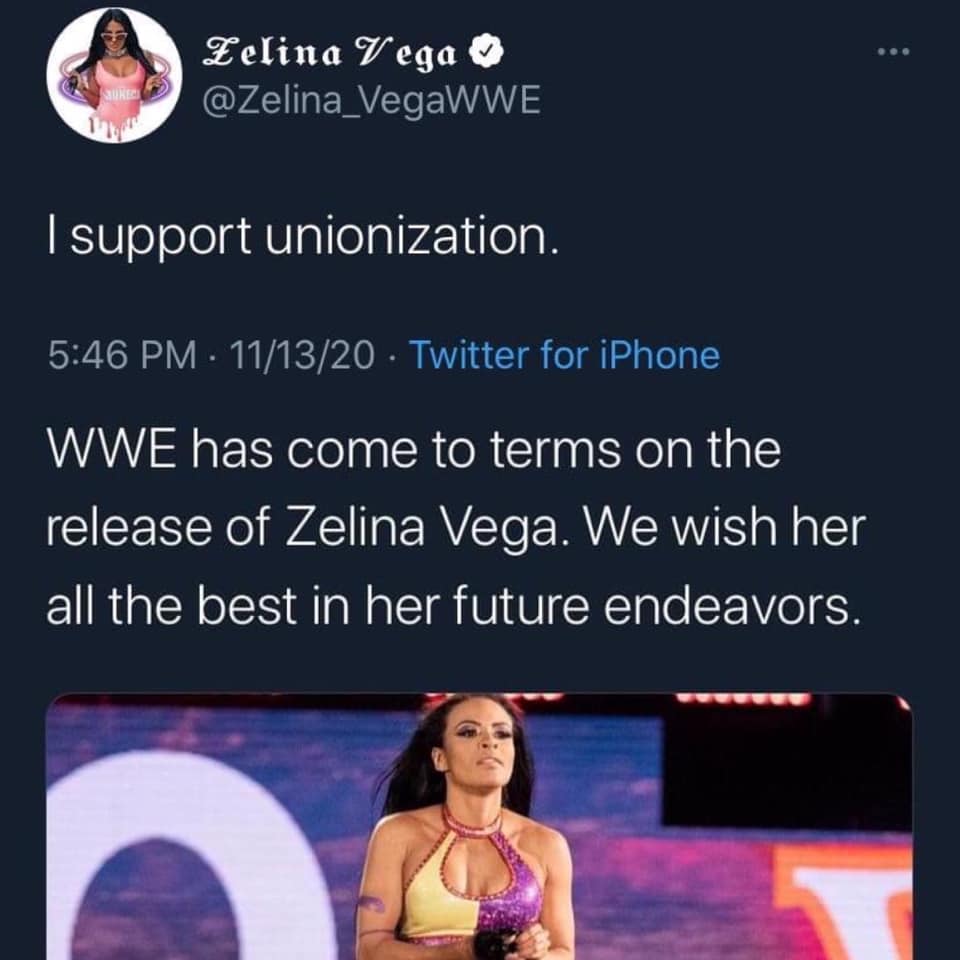 (NEW YORK CITY) - Vince McMahon’s World Wrestling Entertainment (WWE) has cut ties with Wrestler Thea Megan Trinidad Budgen, who worked under the ring name Zelina Vega during her time with the organization - an announcement that came exactly 10 minutes after Budgen tweeted that she is a supporter of Unions.

However, speaking to TheWrap a WWE Representative said the tweet was unrelated to the decision and that Budgen was let go because of an unspecified contract violation that occurred before her tweet.

Budgen joined WWE in 2017 and prior to that, she worked in Total Nonstop Action Wrestling and as an independent Wrestler.

“I want to say thank you all very much for the last 3-4 years @WWEUniverse, it was incredible. I would have never have been able to say ‘this is for you Dad’ if certain people did not believe in me. I love you all and I couldn’t have done it without your support Folded hands,” Budgen said in a follow-up tweet an hour after she was let go.

Budgen didn’t immediately respond to a request for comment from TheWrap.

As for the announcement itself, the reason the timing stood out is because at 2:46 p.m. PT, Budgen tweeted: “I support Unionization.”

WWE tweeted at 2:56 p.m. PT: “WWE has come to terms on the release of Zelina Vega. We wish her all the best in her future endeavors.” 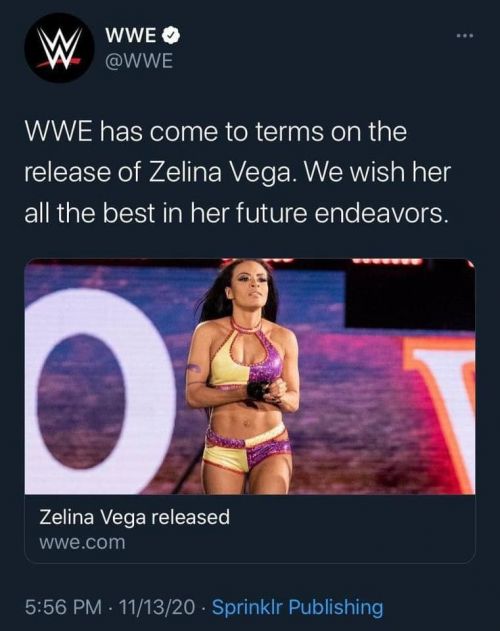 It’s unclear what prompted Budgen to tweet in support of Unions.

As Jesse Venture explained on Steve Austin’s podcast in 2016, he attempted to convince his WWE (then-WWF) co-stars to Unionize in 1986, only to find himself almost fired by WWE CEO Vince McMahon within hours.

Years later, Ventura said he learned during his ultimately successful unpaid royalties lawsuit against the wrestling organization that he’d been snitched on by Hulk Hogan.