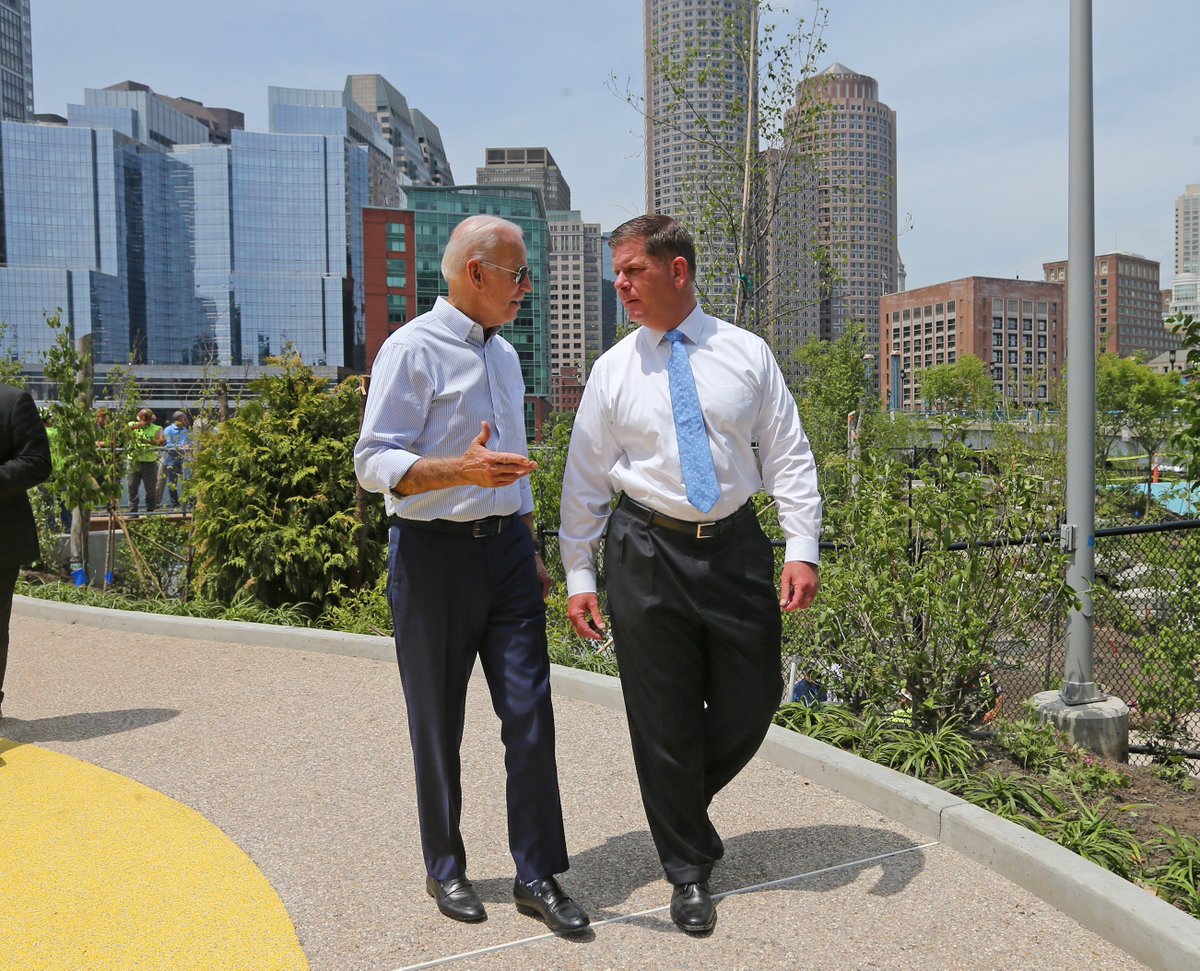 National AFL-CIO President Richard Trumka has been seeking Union Leaders’ support for endorsing Walsh, according to Labor Officials familiar with the conversations, and the Union Federation could formally back him as soon as this week.

Walsh’s office and the National AFL-CIO declined to comment.

“I think Marty Walsh is a great idea for Labor Secretary,” said American Federation of Teachers (AFT) President Randi Weingarten, adding Walsh - a former head of Boston’s Building and Construction Trades Council, both understands Organized Labor and has a close relationship with Biden (both pictured above), which would be important in advancing a Pro-Labor agenda.

Weingarten, who herself is seen by some Labor Officials as a contender for U.S. Education Secretary, said the National AFL-CIO is compiling names to be shared with the transition team.

She said she has discussed Walsh with Trumka and that the National AFL-CIO President “normally operates in a way that brings consensus together.”

American Federation of State, County & Municipal Employees (AFSCME) President Lee Saunders said his Union is backing Walsh as well: “He is a card-carrying Union Member who has executive experience running a large city.  There’s no doubt he’d be a high profile and passionate fighter for Worker’s Rights.”

AFSCME and AFT are the two largest Unions in the AFL-CIO.

The National AFL-CIO’s push for Walsh comes as other Labor Leaders in his Federation have gone public with their support for other potential Labor Department Chiefs.

Chris Shelton, the head of the Communications Workers of America (CWA) has announced his backing for Michigan Representative and former Union Organizer Andy Levin.

Others seen as contenders for the role include California Labor and Workforce Development Agency Secretary Julie Su.

A spokesperson for the Biden-Harris Transition Team said Wednesday that it “has not made any personnel decisions at this time.”

National AFL-CIO spokesperson Tim Schlittner said Trumka wanted a Labor Secretary to have clout with the President-Elect and Congressional Leaders.

Biden presided over Walsh’s swearing-in for a second term as mayor in 2018 and Walsh promoted Biden’s economic plan in New Hampshire last summer.

While the National AFL-CIO, a Federation of 56 U.S. Unions, is expected to recommend people to the Biden Transition Team for Labor and other cabinet positions, some Unions have also been voicing their own preferences directly to the transition team.

The two largest U.S. Unions, the National Education Association (NEA) and the Service Employees International Union (SEIU), are not part of the National AFL-CIO and have so far not publicly endorsed candidates for Labor Secretary.

“We are working with the Biden-Harris transition to ensure that there are strong advocates for Unions at the table in the cabinet,” NEA’s president Becky Pringle said.

To Directly Access This Labor News Story In Its Entirety, Go To: www.bloomberg.com/amp/news/articles/2020-11-11/boston-mayor-has-major-union-backing-in-race-to-be-labor-chief