Despite Seeing âHow Vital They Are On The Front Lines During The COVID-19 Pandemic,ââ Essential Workers Here In The U.S. From Nepal âAre Fighting Trump Administrationâs Deportation Decisionâ 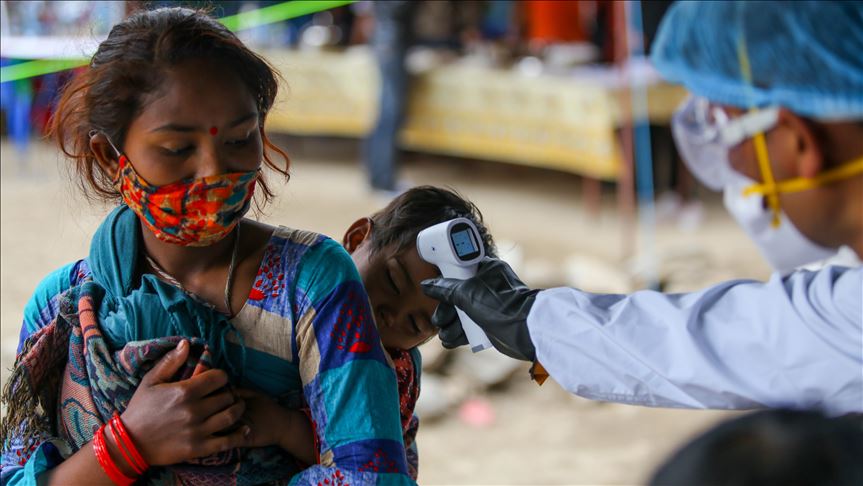 (NEW YORK CITY) - Frontline and Essential Workers from Nepal who have been living in the United States with a Temporary Protected Status (TPS) are being threatened with deportation, according to the Center for American Progress (CAP), an Independent Non-partisan Policy Institute that is dedicated to improving the lives of all Americans.

TPS is a status that is granted to Immigrants who are survivors of natural disasters, political strife and warfare.

Professor Tom K. Wong, an Associate Professor of Political Science and the Founding Director of the U.S. Immigration Policy Center at the University of California in San Diego, helped to conduct a survey this Summer of 372 of the nearly 15,000 TPS-holders that highlighted the many ways that these Immigrants have been contributing to American society.

“We see in their jobs ‘just how vital they are on the frontlines during the COVID-19 Pandemic,’” Wong said. “The occupations respondents reported included Doctors, Nurses, Health Aids and Front Line Workers like Grocery Store Employees, Gas Station Workers, Restaurant Workers, Package Delivery Services, as well as Drivers for various ride share services.”

These TPS-holders live in 31 states and territories, are married to American citizens, have children that are American citizens and also have careers in accounting, engineering, business analysis, law, marketing, music, research, community organizing and data science.

Some are also business owners, especially in the restaurant business, and employ others, according to the survey.

Some New York Nepali residents live in Jackson Heights, Ridgewood, Sunnyside and Woodside in Queens and are restaurateurs, according to the real estate magazine, brickunderground.com.

The estimated 14,800 Nepali Immigrants are expected to uproot their lives to go back to Nepal despite conditions in the country still being poor after two earthquakes hit the South Asian country in Spring 2015, according to Pabitra Khati Benjamin, the Executive Director of Adhikaar for Human Rights and Social Justice, an organization dedicated to helping Nepali-speaking communities.

The Nepal Government only received a small portion of the $4.4 billion in international aid that was meant to help with recovery efforts, political squabbles and international interference had led to a delay in appointing a director to head up recovery efforts in the country, and food from the World Food Program was described by those in tent cities as inedible and has possibly led to deteriorating health conditions.

“We knew, which the survey proved, that TPS-holders ‘were contributing immensely to the economy,’” Benjamin said. “The Trump Administration ‘terminated’ TPS for Nepal nearly two years after the (7.8) massive earthquake in Nepal – ‘noting that the country conditions were safer already.’”

As Tom noted, the survey shows that 81.5% if Nepali TPS-holders feel concern about returning to Nepal because they worry about their physical safety of themselves and their family.

Nepalis who are out of work or have reduced work hours because of COVID-19 have turned to volunteering in their neighborhoods by distributing or delivering food to those in need, according to Benjamin.

To Access This Labor News Story In Its Entirety, Go To: http://laborpress.org/frontline-workers-from-nepal-fighting-deportation/