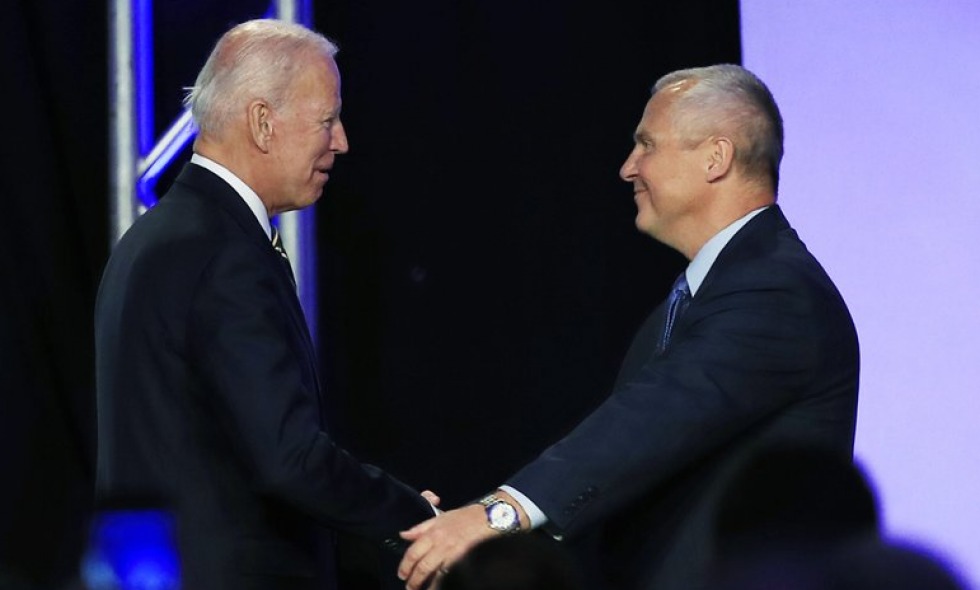 (WASHINGTON, D.C.) - With Democrat Joe Biden elected President, the process of transitioning from Republican President Donald Trump to a new Biden Administration has begun - even without the help of Trump or the General Services Administration (GSA).

Biden is continuing to move forward to ensure as seamless a transition as possible and his first step in this is to establish agency review teams that will manage the transition and begin crafting policies. The transition teams are being overseen by a Transition Advisory Board, which Biden named earlier in the year – a Board that includes two union Presidents: Teresa Romero of the United Farm Workers (UFW); and Lonnie Stephenson (pictured above with Biden) of the International Brotherhood of Electrical Workers (IBEW).

Biden has also announced the members of these teams, which included a number of Union Officials:

The Department of Labor team is being run by Chris Lu, who was the former Deputy Secretary of Labor under President Barack Obama.

Union Officials were also appointed to 14 other review teams, showing the expanse reach of Unions and the immense knowledge that Union Leaders and Staffers bring.

To Directly Access This Labor News Story, Go To: https://ucommblog.com/section/national-politics/biden-adds-27-union-leaders-transition-team?fbclid=IwAR2VJPt28QRlyRagQCa1K6QWt5v9lq_RvqhElQbcW2X_rCsoj-8YigODtAM