While Americans Voted On Election Day, The Trump Administration âQuietly Revoked The Union Rightsâ Of Immigration Judges, âWhich Could Jeopardize Their Independenceâ 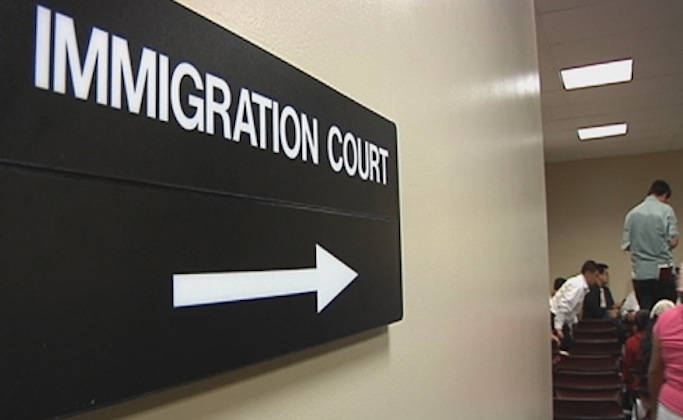 (WASHINGTON, D.C.) - The Federal Labor Relations Authority (FLRA) has ruled Immigration Judges are "managers," not Workers, denying them the right to collectively bargain.

The ruling comes after the Trump Administration sought to silence the judges, some of whom have spoken out against its policies on Immigration and COVID-19.

Judge Ashley Tabaddor, the President of the National Association of Immigration Judges (NAIJ), the Union that represents more than 400 justices, blasted the decision, telling Business Insider that its release now was "not a coincidence."

"FLRA's decision ‘betrays the predetermined nature of the whole case,’" Judge Tabaddor said. "It ‘makes a mockery of the rule of law.’"

While all eyes were on the election, a Federal agency dominated by appointees of President Donald Trump revoked the Collective Bargaining Rights of the Nation's Immigration Judges.

In its decision, the FLRA Judges, some of whom have clashed with the Trump Administration over its Immigration policies and response to COVID-19, did not have the right to Union Representation.

The FLRA's two Republican members argued that, because court rulings affect the implementation of policy, judges are not Workers but "managers."

The lone Democratic appointee called the majority's argument "sophistry," saying its decision to overturn the finding of its own regional director - upholding a Union that has been recognized since 1979 - constituted "the antithesis of reasoned decision making."

The decision could enable the Federal Government to dismiss Judges that fail to hew to its line on asylum-seekers and deportations, treating them as at-will Employees and thus undermining their ability to exercise independence.

In a November 3rd letter to members of her Union, Tabaddor said NAIJ would be pursuing any and all legal options.

Immigration Judges have repeatedly clashed with the Trump Administration, which earlier in the COVID-19 Pandemic refused to shutter courtrooms, despite local lockdown orders.

"In this ‘unique situation of a public health crisis, we think this is wrong,’" Judge Dana Leigh Marks told Business Insider back in March.

In July, the Judges' Union sued the Trump Administration over a January rule it issued prohibiting them from speaking out.

The one exception to that rule: Union Officials.

The Department of Justice has been seeking to decertify the Judges' Union since 2019.

To Directly Access This Labor News Story, Go To: www.businessinsider.com/trump-administration-revokes-the-union-rights-of-immigration-judges-2020-11?fbclid=IwAR3lyXug2TXsM3F1XjENL_1oBLOkdBlJRvGlQx4RH5uuFuXUQzW4cj3Bhxc