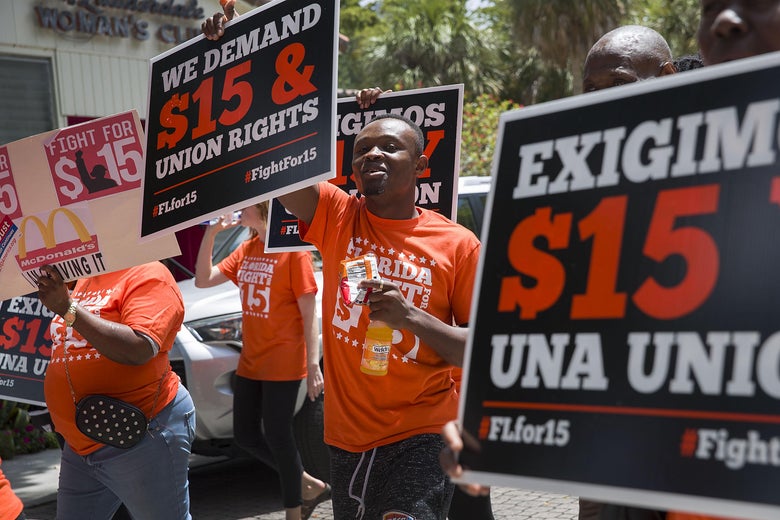 The November 3rd Election brought us yet another round of reminders that, in much of the country, Americans seem to like certain Democratic policy ideas much, much more than they like Democratic Politicians.

The starkest example came from Florida, where 61% of voters approved a ballot initiative that will raise the State’s Minimum Wage to $15 an hour by 2026, even as incumbent Republican President Donald Trump soundly defeated Joe Biden in The Sunshine State.

Biden campaigned on a $15 Federal Minimum Wage, while Trump opposed it.

But Floridians decided they wanted the Republican candidate, with a side order of the Democratic Platform.

Marijuana was another big winner, even in places that frustrated Democrats, who are generally the Pro-Pot Party.

Along with Biden-friendly New Jersey and Arizona, both Montana and South Dakota voted to legalize recreational use, while Mississippians backed medical cannabis.

These days, it seems, they’ll all vote leafy green.

These results should not come as a great shock at this point.

Marijuana legalization is overwhelmingly popular in the United States.

And while pro-cannabis ballot measures do sometimes go down in defeat - Ohio and North Dakota rejected recreational use in 2015 and 2018, respectively - they’ve had a solid record in recent years.

Florida may be the first Republican-leaning state to embrace a full $15 minimum wage, but two years ago, voters passed ballot initiatives that will eventually raise the pay to $12 in Missouri and $11 in Arkansas.

The votes weren’t even close.

Along with the minimum wage and marijuana, there’s a third Democratic policy issue starting with “m” that voters in Red states often seem to favor.

That would be Medicaid expansion.

Though it wasn’t on the ballot anywhere this year, it has previously passed via initiatives in Oklahoma, Nebraska, Idaho, and Utah, along with independent-minded Maine.

Why is it that the three m’s seem to have so much bipartisan appeal?

If I had to guess, I’d say it’s because each of them is a fairly simple, easy-to-understand policy that can make a concrete difference in people’s lives and appeals to Americans’ sense of fairness without overly upsetting the status quo.

Do you think Workers deserve to be able to support themselves?

Then vote for that minimum wage hike.

Do you think everyone deserves health care, even if you’re nervous about the government toying with your own plan?

To Continue Reading This Labor News Story, Go To: https://slate.com/business/2020/11/progressives-election-minimum-wage-marijuana-medicaid.html