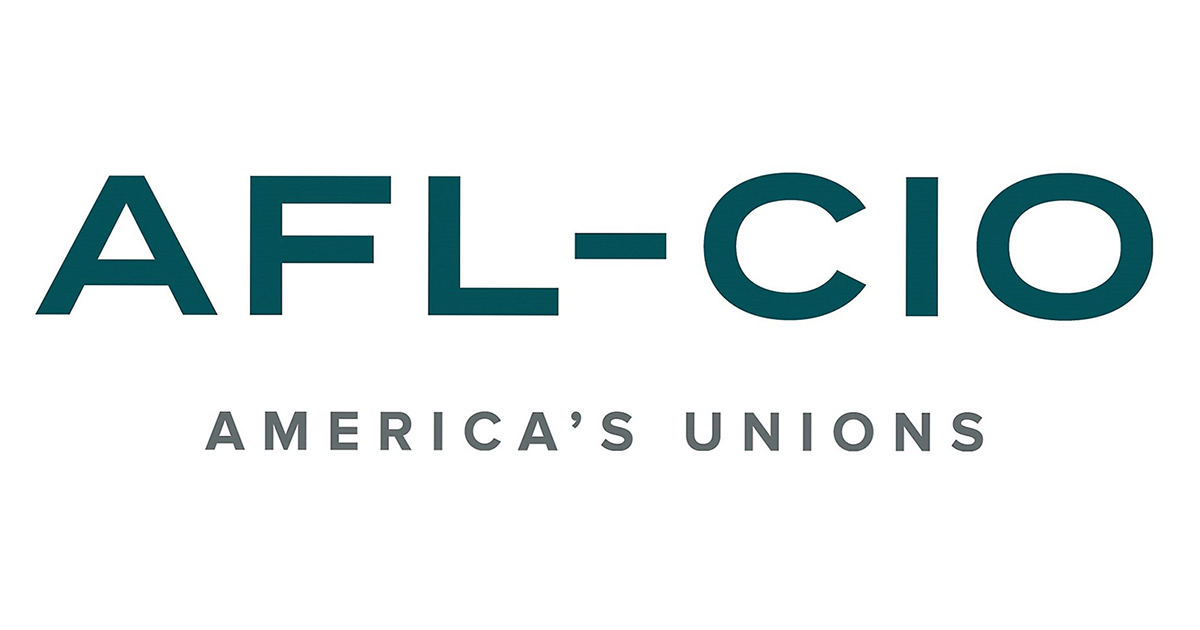 Thank you for your role in making our Democracy strong.

I am hopeful that the end of the Trump Presidency will bring a newfound respect for the institution of journalism.

A year of anger and sorrow and civil unrest.

A year of unfathomable loss.

Loss of jobs and economic security.

The U.S. just reported more than 100,000 new COVID-19 infections, the most cases in a single day since pandemic's start.

But during this trying year, Union Members have delivered for America - every day in every way.

The resilience of Unions is the story of 2020.

It’s been on display all year.

It’s guided by our belief that a better day is still within our reach.

And today, I am more confident than ever that better day is near.

Joe Biden has won more votes than any candidate for President - ever.

While the general public supported Biden by three points, our Members favored him by 21 points.

Simply put, we got out the vote.

Joe Biden’s firewall was Union made!

And the Labor Movement is expanding the map.

And Joe Biden (will) be our next President.

But with a few final states still counting ballots, this is a moment to exercise patience.

Tom Petty got it right: “The waiting is the hardest part.”

But we waited four years for this election - four VERY long years.

We have trust in our system.

Every vote must be counted.

Sadly, President Trump does not share that fundamental American belief.

His premature declaration of victory was shameful.

His plan to derail our Democracy is dangerous.

Seventy-eight percent believe the candidates should accept and respect the will of the American people.

That includes Biden and Trump voters.

And no matter who we supported, we’re ready to rebuild and heal this country.

And together, we will defend our Democracy.

Let me tell you about what happened in Detroit.

On Tuesday night, a chaotic scene erupted outside the vote tally room at the TCF Center.

They harassed and intimidated nonpartisan volunteers who were counting ballots.

The Michigan AFL-CIO put out an e-mail Wednesday at 3 a.m. asking Members to show up and protect our Democracy.

The outpouring of support was incredible.

Union Members showed up, peacefully defused the tension and the count proceeded.

Later that day, Michigan was called for Joe Biden.

That is who we are.

That is what we stand for.

That is what we are prepared to do.

I have a message for anyone who would seek to prevent our votes from being counted.

To prevent the electors we choose from being seated.

To prevent the duly elected President and Vice President from being inaugurated on January 20th, 2021.

We will not let you take our Democracy away from us.

We are on our way to putting a compassionate and wise man back in the White House.

There will be work to do over these next few days.

And no shortage of work over the next four years.

While we don’t know the final composition of the Senate, we know our priorities.

Our Members made it clear – 95% say that protecting Workers' Rights is the top priority for this next Congress.

The right to Collective Bargaining.

A voice on the job.

The belief that all work has dignity and everyone should retire with security.

None of that is red or blue.

It’s what America’s Labor Movement has fought for in 2020 - not just in this election but in our workplaces, too.

Union Members are meeting the moment.

Union voters are ushering in a better day.

None of this will be easy, but Union Members are not afraid of hard work.

We do it every day and we see the job through.

And we’re ready for change.