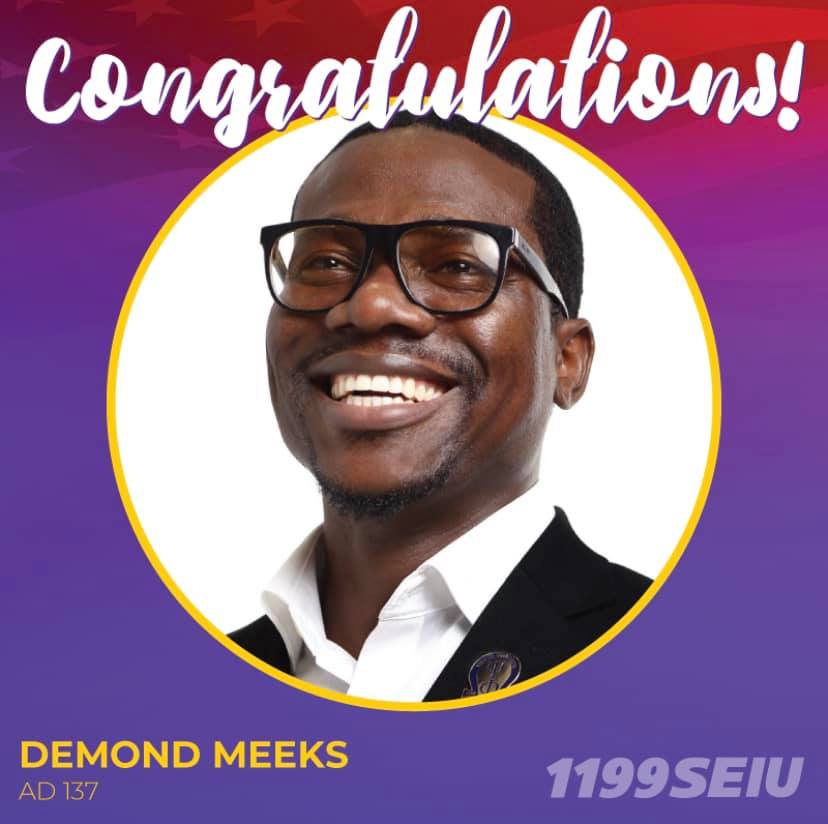 That Meeks would represent the district was a foregone conclusion as he ran uncontested in the general election.

"We made this happen by way of family, community and more family," Meeks said in a victory speech before the Monroe County Democratic Committee at the Strathallan Hotel.

The seat is a significant one because the 137th District, or alternate versions of it, had been occupied by David Gantt since 1983.

Gantt, who died July 1st at the age of 78, announced earlier this year that he would not seek re-election.

The elder statesman had thrown his significant weight - both political and financial - behind Monroe County Legislator Ernest Flagler-Mitchell to replace him.

Flagler-Mitchell also got the endorsement of the Monroe County Democratic party.

But Meeks managed to not only outpace Flagler-Mitchell in fundraising, but also beat him at the polls in a Democratic Primary.

In his speech, Meeks pledged to sow unity among Democrats in the State Legislature: "As a parent, I’m a firm believer that my children’s success is contingent upon the success of the peers around them.  I’m taking that same mindset to Albany and to our community as a whole."

The district, which covers Rochester and parts of Gates, has been a Democratic stronghold for decades.

Enrolled Democrats outnumber Republicans nearly 2-to-1 and no Republican emerged this year as a challenger to Meeks.

To Read This Labor News Story In Its Entirety, Go To: www.wxxinews.org/post/demond-meeks-wins-assembly-seat-held-david-gantt