Looking Back On The November Election: California App-Based Lyft & Uber Drivers Lose Ground In The Midst Of A National Turmoil While Other Workers Score Victories 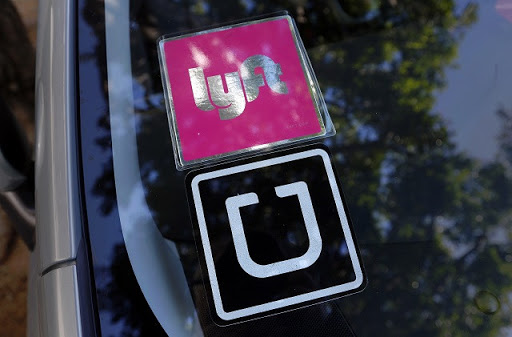 California voters approved a ballot initiative that will lock App-based Transportation and Delivery Workers into Non-Union Independent-Contractor status on Election Day, but Florida voted to raise the state’s Minimum Wage to $15 an hour over the next six years - and Colorado passed a measure that will give Workers 12 to 16 weeks of Paid Family Leave.

California’s Proposition 22 will give gig-economy companies a huge exemption from the state’s 2019 Law that strictly limits when Workers can be defined as Independent Contractors, who don’t get Employee rights and protections such as minimum wage.

It won 58% of the vote, with the San Francisco Bay Area the only major region of the state where no votes prevailed.

The campaign was the most expensive one waged over any ballot initiative in the state’s history.

The five app-service companies sponsoring it outspent the Labor-backed Coalition - opposing it by more than 10-to-1.

As of October 29th, they’d collected almost $203 million, according to state campaign-finance records analyzed by Ballotpedia.

The No on Prop 22 Campaign had received $19.75 million, much of it from various Service Employees International Union (SEIU) Affiliates, the Teamsters, the California Labor Federation and the United Food & Commercial Workers (UFCW).

“The obscene amount of money these multibillion-dollar corporations spent misleading the public doesn’t absolve them of their duty to pay Drivers a living wage, provide PPE to protect Workers as the pandemic deepens, or repay taxpayers for the nearly half a billion these companies have cheated from our State Unemployment Fund,” the California Labor Federation posted on Twitter November 4th. “The end of this campaign is only the beginning in the fight to ensure Gig Workers are provided fair wages, sick pay and care when they’re hurt at work.”

Prop 22 would classify App-based Rideshare and Delivery Drivers as Independent Contractors instead of Employees - unless the company sets their hours, forces them to accept specific trips or deliveries, or restricts their working for other companies.

That exempts them from Assembly Bill 5, the 2019 Law, which deems them Employees unless they are genuinely running an independent enterprise “outside the usual course of the hiring entity’s business.”

As a substitute, Prop 22 would have App-based employers pay them a minimum wage of $15.60 an hour (120% of California’s Minimum Wage) - plus 30 cents a mile for “engaged time,” time they have an active or pending fare or delivery.

It would also provide some subsidies for health insurance, if Drivers average at least 15 to 25 hours a week of engaged time.

To Continue Reading This Labor News Report, Go To: http://laborpress.org/california-drivers-lose-ground-amidst-national-turmoil-other-workers-score-victories/