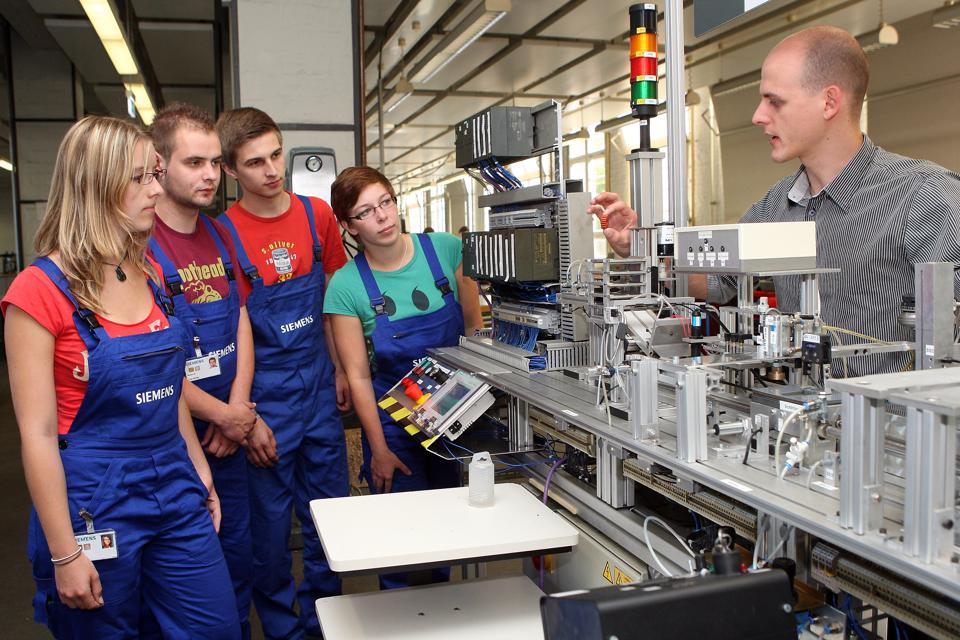 Yes, this is a play on the President’s once-successful television show, but it is really about something more important: The country’s growing recognition that college for everyone is a failed idea.

Apart from the unconscionable expense involved and the failure of higher education to prepare its graduates for the jobs market, this recognition also reflects a clear fact of life: Not everyone wants or needs what college has to offer.

Many of those who have gone four years or more and saddled themselves unproductively with huge debts would have been better off learning a Construction Trade.

So also would American Business, for the economy’s most acute need these days is less for new BAs than for trained Technicians, what employment economists refer to as the “Semi-Skilled” or “Middle-Skilled” Worker.

In responding to this individual and economic need, the United States could learn a lot from Germany.

That country in particular, but also Switzerland and Austria, never stressed universal college for its population.

Instead, these nations have established Apprenticeship Programs, where young people acquire the skills to pursue useful and rewarding careers that pay what Americans would describe as a Middle Class wage.

These programs combine vocational courses at school with on-the-job training at participating firms, usually with a job offer at the conclusion.

Now that many in this country have begun to take to heart the advantages of these Apprenticeship Programs, German firms with operations on this side of the Atlantic have taken the lead in developing them.

This new American drive has three roots: First is the otherwise disappointing realization that college degree programs are expensive and simply cannot meet all the needs of either the modern economy or the thousands of young people involved.

Nothing so much captures this fact than the well-documented and sad existence of millions of young graduates with huge debts and an inability to use their degrees to earn enough to meet their obligations.

Second is the desperation in regions of this country that have lost industry and jobs to off-shoring, particularly textiles in the Southeast and heavy manufacturing in the Mid-West.

Third is the pressing need for skilled Technicians in today’s computer- and AI-driven industry, whether under the headings of construction or manufacturing, transportation - and even medicine.

This third factor in the equation is crystal clear in figures available from industry groups.

It is widely known that industry has less and less use for the unskilled millions who once manned assembly lines and comparable tasks outside of manufacturing.

Most of these jobs have been lost to robots or gone offshore to less-developed and lower wage countries.

Instead, industry today, whether it builds highways or manufactures cars or produces medical supplies, needs highly skilled Technicians, not quite Engineers - but people of middle skill levels.

To Continue Reading This Apprenticeship And Training News Story, Go To: www.forbes.com/sites/miltonezrati/2020/10/29/the-apprentice-will-rebuild-americas-middle-class/?sh=49a192562896