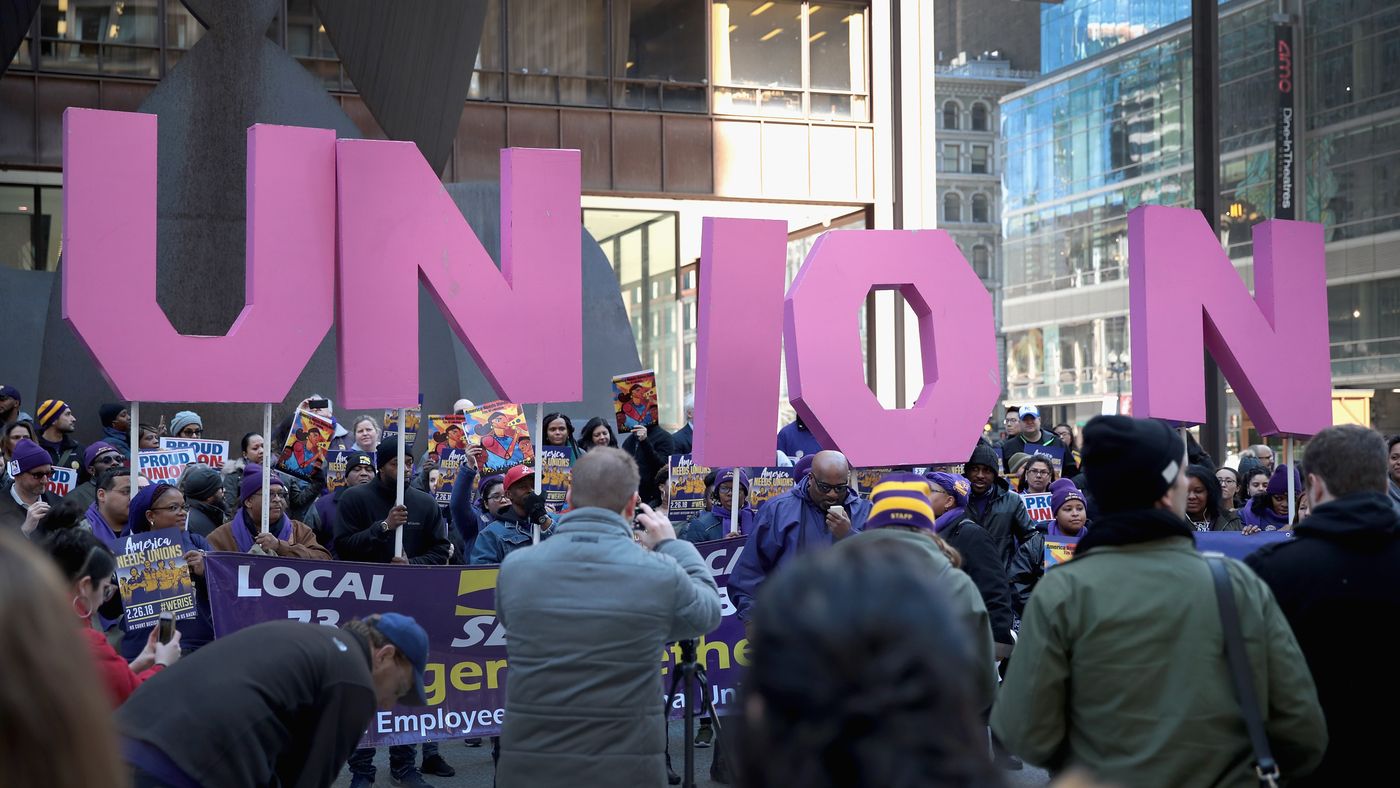 Fortune Editor’s Note: Leo Hindery, Jr. is a member of the Council on Foreign Relations and is the former CEO of AT&T Broadband and its predecessor, Tele-Communications, Incorporated. He is currently Chairman and CEO of Trine Acquisition Corporation, a NYSE-listed company which he founded.

Recessions always inflict the most pain on Americans in the middle and lower end of the income distribution range, destroying jobs, eroding wages and wiping out savings for those working in industries such as construction, manufacturing, hospitality and retail.

But the crushing economic impacts of the COVID-19 Pandemic have reached levels unseen in the last four decades, and the long-term scarring will be severe without intervention from Congress - not just in the form of emergency relief, but also with targeted policy solutions.

One solution lawmakers should prioritize is a historic Workers’ Rights proposal, given that defanged Labor protections are a large part of the reason the downturn has been so devastating to those who can least afford it.

We need to bring back fairness to an economy that is increasingly plagued by a fundamental imbalance of power between Workers and employers.

And at a time when our Nation is engaged in a vital conversation about economic justice, we need to make Union Membership a Civil Right.

When the pandemic struck, only about one in 10 Workers were Unionized, a steep decline from the nearly one-third of Workers who were Members of a Union in 1964, myself among them.

As a result, millions of Americans - many of them Essential Workers - were left without a voice at the table when employers were deciding their fate.

They had no ability to minimize layoffs or to define what Paid Sick Leave would look like during the pandemic.

The consequences of this are hard to overstate.

At the peak of the pandemic, jobs in low-wage occupations - many of which have chronically low rates of Union Membership, such as food services - disappeared at roughly eight times the rate at which high-wage jobs did.

This inequity has especially ravaged Communities of Color.

It’s long past time to reverse the trend in declining Union Membership.

The Protecting the Right to Organize Act (PRO Act), which passed the House in February just weeks before the Coronavirus began to spread in the U.S., would authorize financial penalties for employers that violate Workers’ Rights, strengthen the ability of Workers to join together in boycotts and strikes, and facilitate Collective Bargaining Agreements, along with a number of other sweeping reforms.

In so doing, the PRO Act would modernize Federal Labor Laws.

Republicans in the Senate said in February that they would not take up the legislation - and some in the business community have claimed that it is “completely stacked against employers.”

But after eight months of economic devastation to Workers, Senate Leadership owes it to the American People to give the Bill a fair hearing.

When enabled, Unions have proven remarkably effective in helping Workers during the pandemic.

The International Brotherhood of Teamsters, for example, reached an agreement with UPS guaranteeing paid leave for any Worker who is diagnosed with COVID-19 or who is required to be quarantined due to their illness or that of a family member.

Stronger Union Membership must be a pillar of our Nation’s recovery plan.

When Unions are strong, America is strong.

Unions boost wages of both Union and Non-Union Workers.

They create a more balanced economy.

And, they improve the health and safety of the workplace.

By contrast, when Unions are weak, inequality skyrockets.

In order to protect America’s most vulnerable Workers, it’s time for lawmakers to update our Nation’s outdated Labor Laws.

And we especially need to make Union Membership a Civil Right - which is just as codified and protected as all other Civil Rights.

To Directly Access This Labor Perspective, Go To: https://fortune.com/2020/10/19/labor-unions-covid-19-economic-recovery/