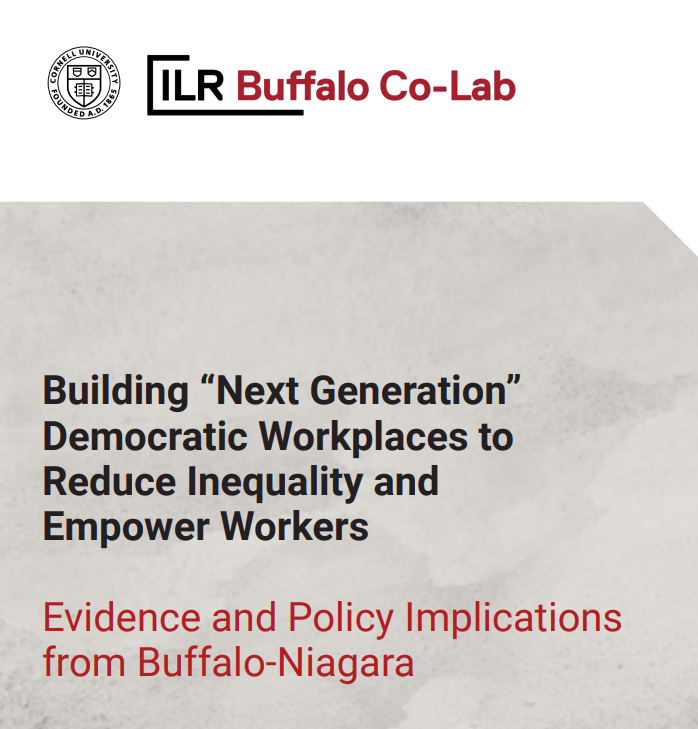 (BUFFALO, NEW YORK) - The economy is at a critical moment and not just because of COVID-19.  Staggering income inequality is at its height and gender and racial wealth gaps abound.  The solution: Next Generation Enterprises (NGEs), according to Cornell Industrial & Labor Relations (ILR) Buffalo Co-Lab’s newly-released study - Building “Next Generation” Democratic Workplaces to Reduce Inequality and Empower Workers, featuring data from Western New York.

“The current (economic) system has sustained rewards for businesses operating under the guidance of self-interest and profit maximization,” says the report’s author, Russell Weaver. “It’s easy to imagine why poor outcomes are emerging when these are the guiding values.”

Andrew Delmonte, a local leader from the regional cooperative movement, cited intentionally growing their ventures with group solidarity and combating inequality in mind.

The study recommends mechanisms at the Federal, state and local level for ushering in a new era of businesses.

The full report is available on the Buffalo Commons Digital Library: https://ecommons.cornell.edu/bitstream/handle/1813/72909/Building%20Next%20Generation%20Democratic%20Workplaces.pdf?sequence=3&isAllowed=y