Phillys New Generation Of Unions Is Young, Progressive & Coming To A Coffee Shop Near You

Is This The Start Of A New Labor Movement? - A Handful Of Cafe Workers Decided Theyd Had It With Low Wages & Lousy Working Conditions And Set Out To Form A Union. Now, Other Service-Sector & White-Collar Workers Are Doing The Same 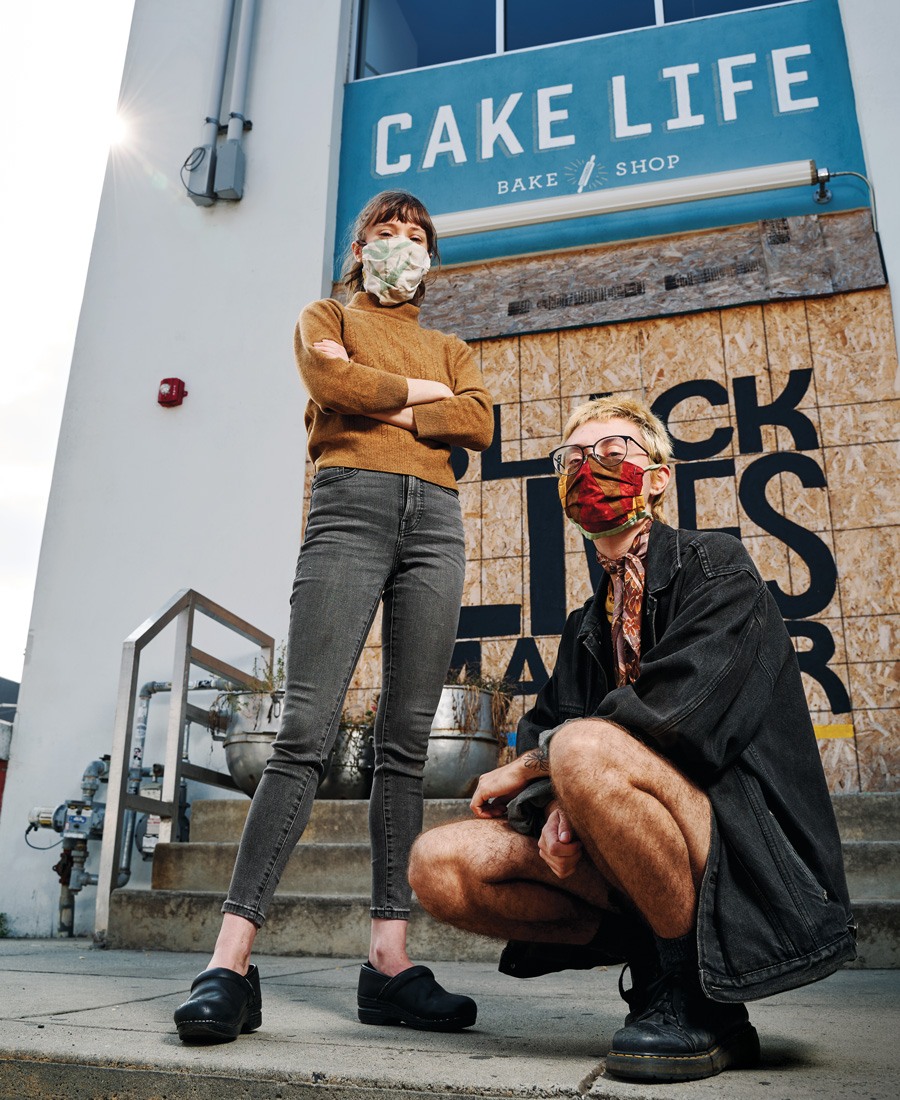 (PHILADELPHIA, PENNSYLVANIA) - The Cake Life Bake Shop is a sleek, narrow structure on the Frankford Avenue Corridor in Fishtown.

Its interior looks as much like a photo studio as it does a bakery - rows of perfectly reflective, perfectly white tiles with black industrial lamps hanging overhead.

It’s the kind of store that sells a lavender cake made with “local bee pollen” and cookies in honor of International Women’s Day, frosted with the slogan: “100% THAT BITCH.”

Beyoncé was once a customer.

Multi-platinum Grammy winners aside, Jameson Rush, a former Employee, describes the usual clientele as a “bougie kind of gentrifier group.”

The bakery is, in other words, a prototypical new Philadelphia establishment: young, hip, insurgent.

Last August, the bakery, which also operates as a coffee shop, received a spate of negative Yelp reviews about its coffee service.

A manager gave the front-of-the-house Barista Staff a scolding, letting slip that the owners were considering firing everyone to remedy the situation.

“We ‘were treated as disposable,’” J.J. Jury, one of the Baristas, says.

In response to that rumor, Rush, who’s 26 years old and had worked at the bakery for a year and a half, called a meeting at his house with five other Baristas.

They got to talking about the threat of their impending firing.

Then people started to bring up other workplace gripes: Their pay, which, at around $9 an hour (plus tips), Rush describes as “starvation wages;” a Co-Worker who occasionally let slip racist remarks; Sexist or racist customers the Staff was powerless to kick out of the store; The fact that Employee work schedules were unpredictable and determined just one or two days in advance, which meant, Jury says, Employees only ever had “one or two days in which we could plan our lives.”

In some respects, these complaints are par for the course for the service industry.

Rush had worked plenty of jobs worse than Cake Life, including at motels and Taco Bell.

None of those jobs had been Unionized, though Rush did have an early dalliance with Labor Organizing at UC Santa Cruz, where as an undergrad he helped galvanize support for Teaching Assistants and Campus Workers who went on Strike for better pay, once getting arrested while serving as a link in a human chain that had blocked off the main entrance to campus.

So when a number of Cake Life Baristas began asking themselves at that meeting: Why should our work be inherently bad? - Rush came prepared with a list of solutions.

One of them - his preferred choice - was to form a Union.

A bakery in Fishtown is perhaps the last place you’d expect to encounter a grueling Union fight - especially in Philadelphia, where any mention of Unions immediately calls to mind one group in particular: The Building Trades.

But far from being an outlier, Cake Life is part of a new frontier of Unionizing in Philly.

In the past year, Workers of all stripes across the city have started Labor Campaigns of one kind or another: Reporters at Public Radio Station WHYY; Museum Curators and Staff at the Philadelphia Museum of Art; and Grocery-Store Workers, Gig Workers, Baristas, Domestic Workers and Nurses.

This burst of activity comes against a backdrop of massive Labor decline: American Unionization is at its lowest point in the past 37 years.

The Workers fighting to form Unions in Philly, though, are bucking that trend, and doing so predominately in two parts of the economy - the Service and White Collar Sectors - that haven’t recently been Labor strongholds.

To Continue Reading This Labor News Story, Go To: https://www.phillymag.com/news/2020/10/17/philadelphia-unions/