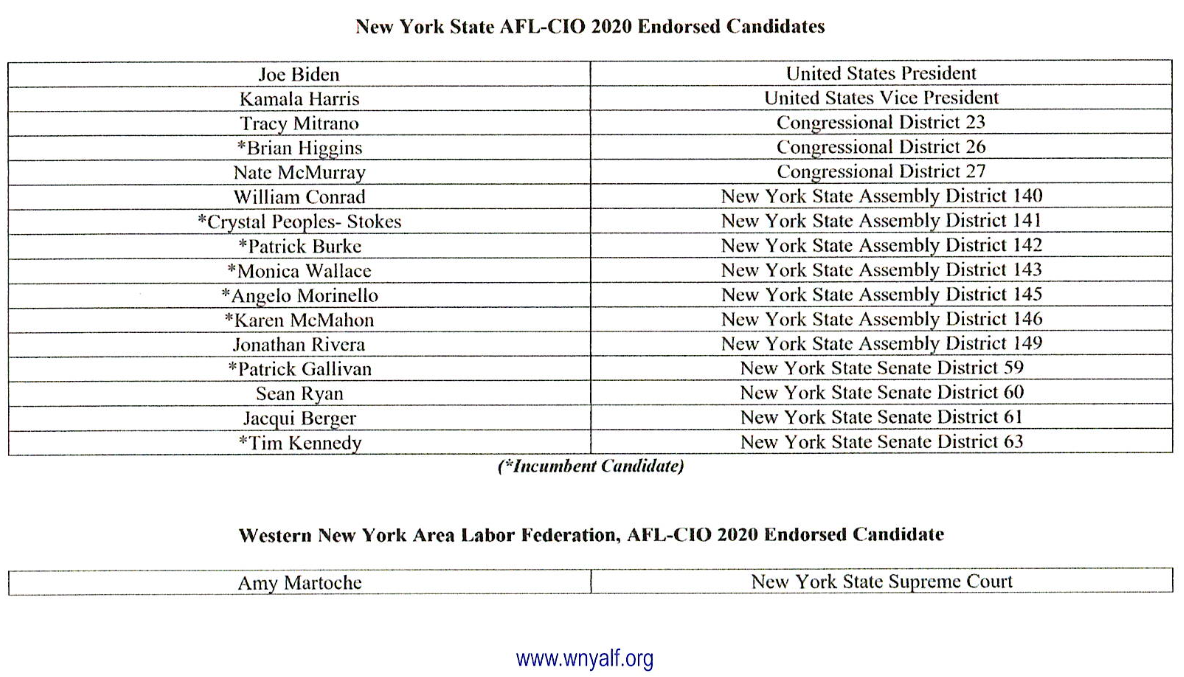 The election of 2020 is quickly approaching.

Many states have begun early voting.

The participation is predicted to be high and if early voting is any indication, we may be in for a record turnout.

Absentee ballots are also being send in at a record pace.

November 3rd in person voting is also on pace for extraordinary numbers.

The country and the world are quite fixated on the election - and with good reason.

There is a stark comparison at the top of the ballot.

Either Donald Trump and Mike Pence or Joe Biden and Kamala Harris will be elected.

Our Labor Federation has endorsed Biden/Harris and we have done so with a clear purpose.

We think four more years of a Trump Administration will lead to a further erosion of our Democratic system, along with disastrous consequences for our living standards and working conditions.

Our choices have never been so clear: Either vote to continue Trump’s anti-scientific, ultra-nationalist and hate-filled administration or vote for Biden and take a stand for improving living standards and working conditions, following science, protecting health care coverage, expanding international cooperation and building a program that opposes bigotry and racial discrimination.

Trump is moving to take away health care coverage for millions of Americans.

He is pledging to continue and expand tax breaks for the richest Americans.

He has promoted Right Wing militias and all manner of hate groups.

He is on a path to establish a dictatorship based on his own personality.

There has never been so open an attempt to overthrow our Constitutional Democracy.

Now is the time to take a stand!

Let us redouble our efforts to defeat Trump and his enablers.

Talk to your friends, your neighbors and your Co-Workers and encourage their participation on November 3rd, and vote for our endorsed candidates (list of which can be found above and below). 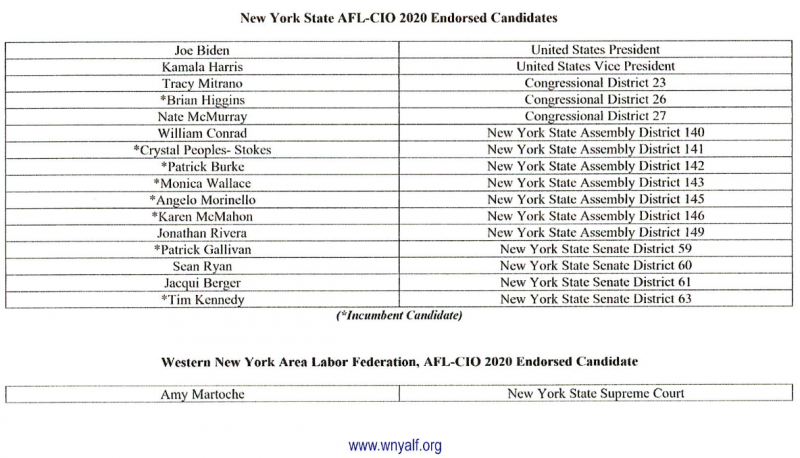