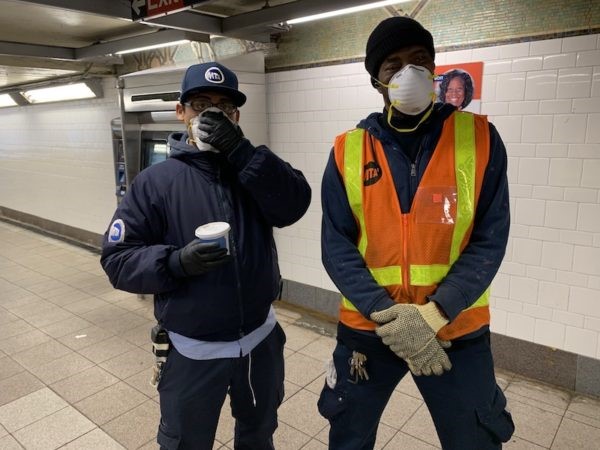 (NEW YORK CITY) - Labor Unions and environmental groups have filed a lawsuit against the Federal Government over its failure to provide adequate Personal Protective Equipment (PPE) to Essential Workers.

The Unions include the Amalgamated Transit Union (ATU), the Transport Workers Union (TWU), the National AFL-CIO, the American Federation of Teachers (AFT), the Service Employees International Union (SEIU), the Association of Flight Attendants (AFA), the Communications Workers of America (CWA), and the United Food & Commercial Workers (UFCW) - among others.

The groups collectively represent more than 15 million Workers in front line industries that have suffered thousands of deaths and hundreds of thousands of illnesses from COVID-19.

Environmental groups include the Center for Biological Diversity and the Labor Network for Sustainability.

“The AFL-CIO is joining this lawsuit ‘to force’ the Trump Administration ‘to do what it should have done months ago - protect American Workers by dramatically increasing the supply of the PPE they need to work safely during this pandemic,’” National AFL-CIO President Richard Trumka said. “The ‘failure to do so is immoral and inexcusable, and we demand action now.’”

The agencies failed to respond to an August petition from the groups that demanded emergency action, violating Federal Law.

The agencies have refused to properly manage PPE production and distribution, leaving states and industry to compete and Front Line Workers short of supplies.

And it follows the October 6th announcement that negotiations on a Coronavirus Relief Bill would be delayed until after November 3.

The Bill includes provisions for adequate PPE and safety standards to protect Essential Workers against the deadly disease.

“As the pandemic rages on in North America, more people are riding public transit and ATU Members ‘continue to bravely report for work often with little or no protection to provide critical transportation to keep communities moving,’” ATU International President John Costa said.

“The ‘shortage of PPE has had a devastating impact on the ATU,’ as we have lost (89) Brothers and Sisters, while thousands have been infected with the Coronavirus.  The ATU ‘calls for the activation of the Defense Production Act to ensure the needed PPE is produced for Transit and other Essential Workers to keep them safe on the job,’” Costa said.

“Our Members ‘have put their lives on the line every single day during this pandemic and yet the TWU has had to fight tooth and nail to get the bare minimum in PPE that we need to feel safe on the job,’” TWU President John Samuelson said. “This country ‘doesn’t stand a chance at an effective recovery from this pandemic if our elected leaders don’t do everything within their power to protect Front Line Workers.’”

To Directly Access This Labor News Story, Go To: http://laborpress.org/unions-go-to-court-over-trumps-failure-to-provide-covid-protection-for-frontline-workers/