She Was A Farm Worker, Her Grandson Is A Lyft Driver & A Fight For Workers' Rights Unites Them 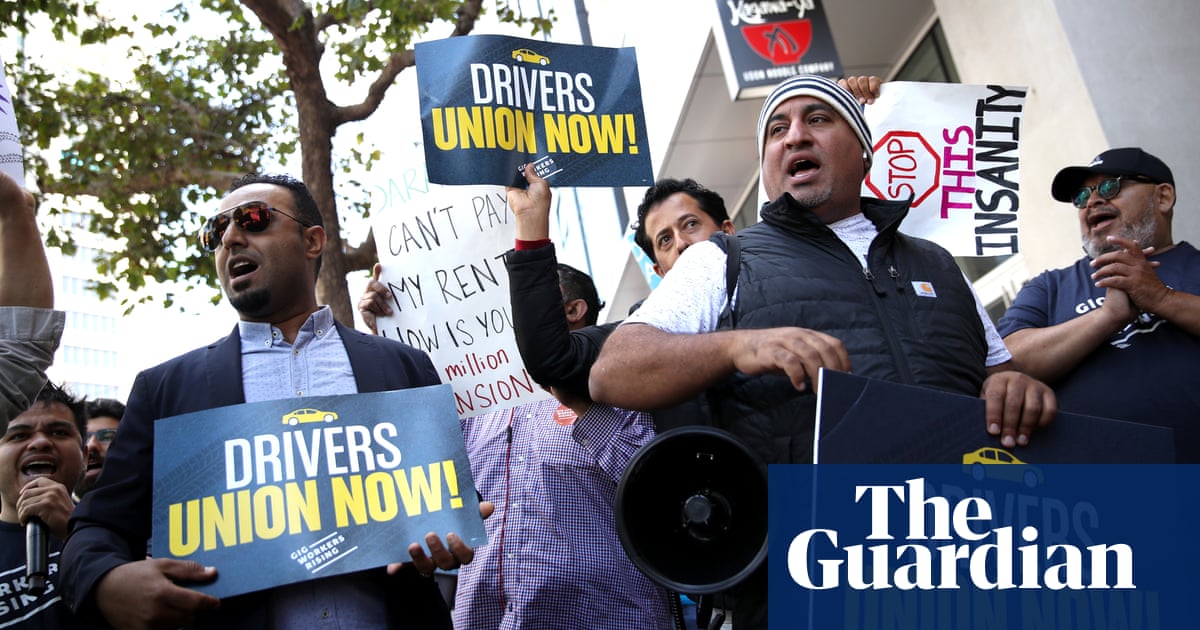 (OAKLAND, CALIFORNIA) - More than 40 years ago, Maria Cardona laid her livelihood on the line to demand change in the hot central California fields where she picked grapes and other produce for $1.75 per hour.  Cardona, now 80 years old, was tired of how Farm Workers like her were treated - the low wages, the back-breaking labor, the days without access to cold water or bathrooms.  Most of all, she was tired of the disrespect from her bosses, who she said would regularly shout at Workers in the field.

“It’s ‘never easy - it’s very difficult when there is no milk in the house and you have six children to feed,’” she said. “But ‘if you don’t fight for your rights, nobody is going to do it for you.’”

In the 1960s, Cardona began organizing with her fellow Farm Workers, despite threats and intimidation from management.

She participated in the Delano Grape Strike, a five-year fight for better conditions for Grape Pickers that received national attention and resulted in a collective bargaining victory that benefited more than 10,000 Farm Workers.

Soon after, corporate growers funded a ballot measure called Proposition 22 to block similar action and keep Workers from organizing in the future.

The 1972 proposition was well funded by a coalition of growers and would effectively “destroy” efforts to build a Farm Workers Union, said the labor Activist Cesar Chavez, who mobilized a response.

Proposition 22 ultimately failed after an intense and public fight, but decades later Cardona’s grandson, Carlos Ramos, is fighting his own battle against another Proposition 22.

This one, too, is backed by powerful corporations - including Uber, Lyft and Instacart - and would limit Workers’ power to Unionize.

And while Ramos’s job as a Lyft Driver may seem far removed from picking grapes, the struggle of today’s Gig Workers in many ways echoes that of the Farm Workers in the 1960s and 70s.

In 2019, California’s Gig Workers scored a major victory with the passage of AB5, a Bill that forced companies to reclassify their Workers as Employees, ultimately giving them many benefits they had previously been denied, including health care and paid time off.

The modern Proposition 22, which will appear on the ballot this November, was written by Tech Giants - including Uber, Lyft, Instacart and Doordash, as a way to shirk the new requirements of AB5.

Ramos, who is also an Organizer with the Labor Group Gig Workers Rising, says the measure would allow these companies “to continue to exploit us.”

“These businesses ‘are trying to carve out rules that only apply to themselves so they can get around having to pay Workers a fair wage,’” he said. “It is a ‘classic case of the little guy trying to take on big business.’”

The similarities between the two propositions go deeper than the shared name, said Miriam Pawel, an independent Historian who has spent a decade studying and writing about California Farm Workers and Labor Movements.

“What Gig Workers ‘are facing today is very reminiscent of the struggles we saw Farm Workers facing,’” Pawel said. “It is a ‘David and Goliath fight,’ where there is an ‘effort by big industry to circumvent initiatives that would give Workers more protections and allow them to organize.”

To Continue Reading This Labor News Story, Go To: www.theguardian.com/us-news/2020/oct/15/california-proposition-22-uber-lyft?CMP=Share_iOSApp_Other