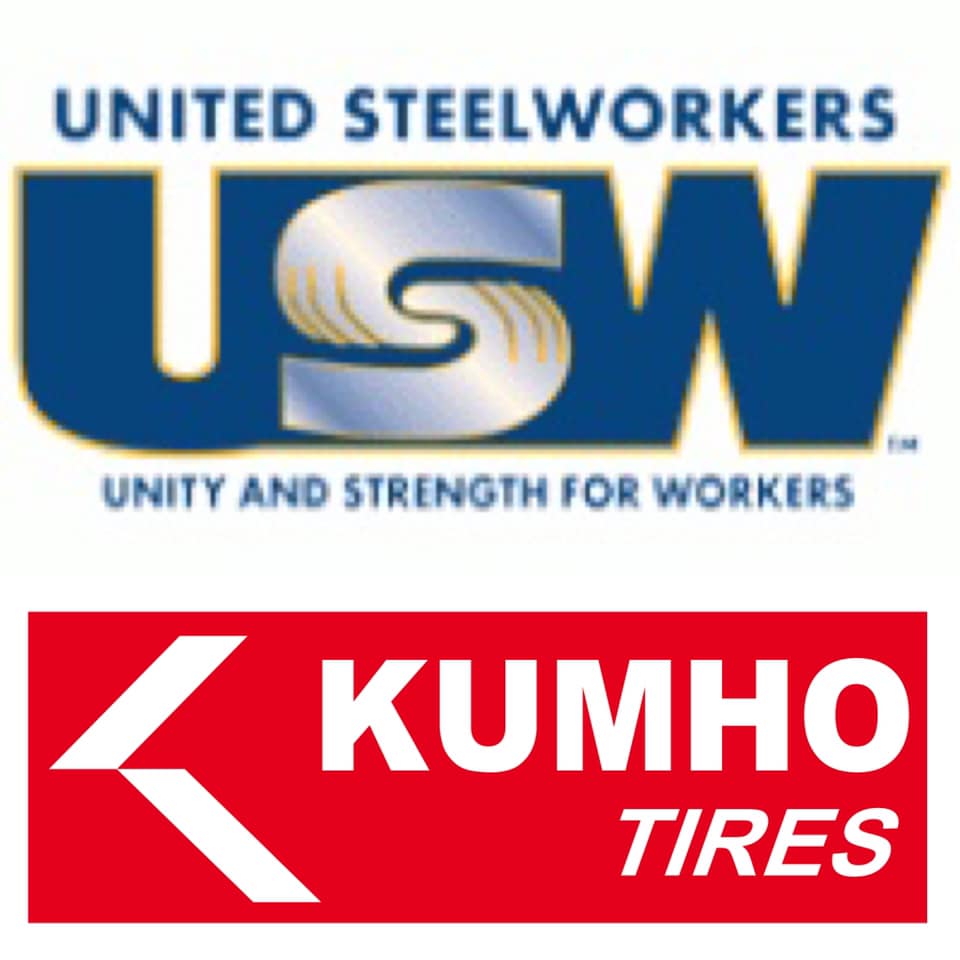 The NLRB upheld a ruling that Kumho Tire illegally threatened and coerced Workers to discourage them from joining the USW during a 2017 Unionization Drive.

The NLRB ordered the company to call a plant-wide meeting and read a detailed statement that acknowledges the company’s unlawful conduct and pledges future compliance with Workers’ Rights.

The ruling is the latest development in a long-standing Union-Busting Campaign by the Korean multi-national at its Georgia plant.

In 2017, the company fired a Union Leader and intimidated Workers, leading to the USW narrowly losing a Unionization vote.

In 2019, a Judge ruled that a new vote must be held due to the company’s illegal conduct.

The Workers subsequently voted to be represented by the Union, with the NLRB upholding the vote of 141-to-137 - in favor of the USW, but the company has filed objections that continue to delay the certification of the election results.

Kumho Tire management should now recognize the USW as its Employees’ Bargaining Agent and start collective bargaining, IndustriaALL Representatives said.  However, the company is instead pursuing other legal avenues to oppose the will of the Workers, they said.

Tom Grinter - IndustriALL Director for the Rubber Sector, said: “Kumho Tire ‘wasted a fortune’ hiring Union Busters ‘and fighting’ legal battles.  ‘They could have invested that money in their business, but instead they chose to spend it attacking their loyal workforce.’  ‘They failed.’  Even in the ‘current Anti-Union environment’ in the U.S., ‘their violations have been so egregious that the courts and NLRB have found in favor of the Union every time.’   ‘It is time for the company to learn from this disastrous episode and take the necessary steps to build a good working relationship with the Union.”

To Directly Access This Labor News Story, Go To: www.industriall-union.org/kumho-tire-broke-the-law-to-attack-union