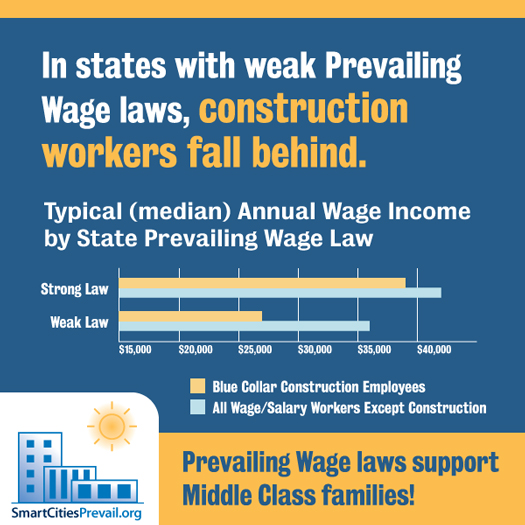 (THE STATE OF WISCONSIN) - A new report from the Midwest Policy Economic Institute and Colorado State University Pueblo shows Wisconsin's 2017 repeal of its Prevailing Wage Laws has failed to produce the promised cost savings for public transportation projects and has led to lower construction Worker pay, diminished apprenticeship programs and a reduction in bid competition.

The two groups analyzed inflation-adjusted, per-mile highway construction data and found that project costs increased by $52,000 per mile after the repeal.

In contrast, private construction CEOs' pay rose 54% to about $93,900 per year, while cost overruns increased and skilled Worker turnover in the sector rose 8%.

The report also said the number of Wisconsin State Department of Transportation construction projects awarded to out-of-state contractors increased by 60% and that bid competition was down 16%.

To Read This Labor News Story In Its Entirety, Go To: www.constructiondive.com/news/report-wisconsin-prevailing-wage-repeal-yielded-lost-construction-jobs-lo/586542/?fbclid=IwAR2BNSCUSBf1VJbfMpB5ACNdR8x73v3TcVQDL2vkt2EScW6lzqlaCVOrd9U