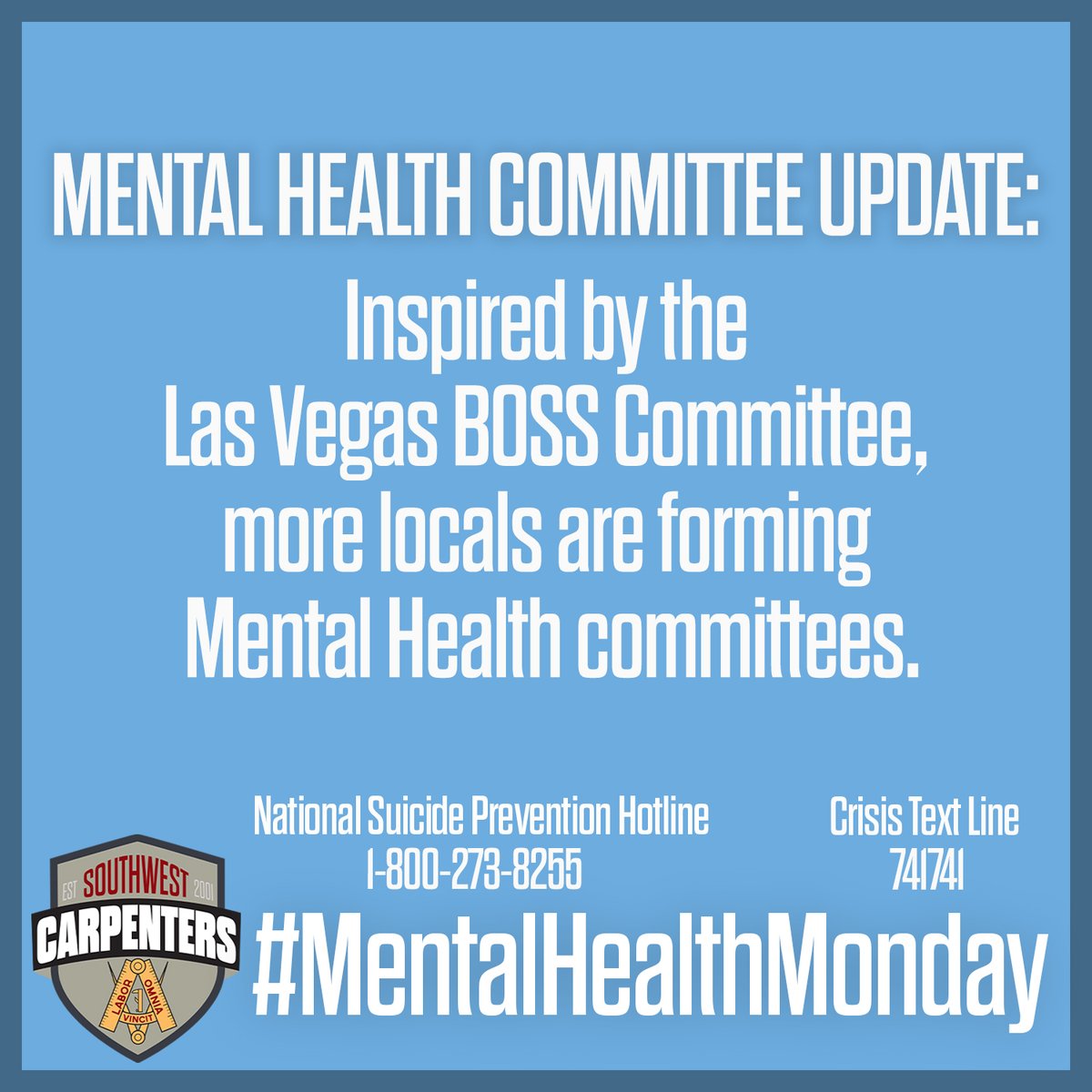 (LOS ANGELES, CALIFORNIA) - The Southwest Regional Council of Carpenters (SWRCC), a 55,000-member Labor Union based in Los Angeles, has announced the formation of the Brotherhood Outreach for Strength and Support (BOSS) Committee - whose focus is to break the stigma of mental health in the construction industry.

According to the Center for Disease Control (CDC), men in the construction industry have a significantly higher rate of suicide than the national average, with a rate of roughly 45 per 1,000, making it the second-highest rate among Workers in major industry groups.

“The’ reason this is such a rampant issue is because mental health and the problems associated with it are like a sleeping giant, a disease lying under the surface of social conversation and conscience,’” said Tim Carlton, who serves as Chair of the BOSS Committee and is also a SWRCC member.

The group was founded by SWRCC VP and COO Frank Hawk, whose son died at 18 by suicide.

In a statement to Construction Dive, Hawk said he was healed by attending support groups and therapy and that he hopes BOSS will provide the same to SWRCC Members and their families.

Carlton also said that the construction industry is dominated by men, who are more likely to commit suicide than women.

BOSS’s goals are to implement programs that reduce suicides and promote a culture that breaks down the stigma of mental health, and to work with other groups to train Members to identify warning signs and increase awareness to improve Carpenters’ mental health.

For contractors without a program or support, the first step is fostering an environment where mental health issues are not seen as weak or unmanly, Carlton said.

A mentally healthy Employee is a productive Employee, he added.

Greg Sizemore, Chairperson of the Construction Industry Alliance for Suicide Prevention (CIASP), said contractors need to share benefits they already have in place, as well as new Employee resources provided through recent State and Federal COVID-19 Legislation, to ensure Workers have what they need to ask for and receive help.

That includes: Promoting Employee Assistance Programs and other mental health services; Improving mental health literacy by educating Workers about psychological safety in the same way we do physical safety; Providing Wellness Workshops; and Posting resources, such as the National Suicide Prevention Lifeline phone number and the CIASP materials.

“People ‘should also know that with awareness, basic knowledge and nomenclature, many lives and families can be saved,’” Carlton said.

To Directly Access This Labor News Story, Go To: www.constructiondive.com/news/carpenters-form-committee-to-help-prevent-worker-suicides/586651/