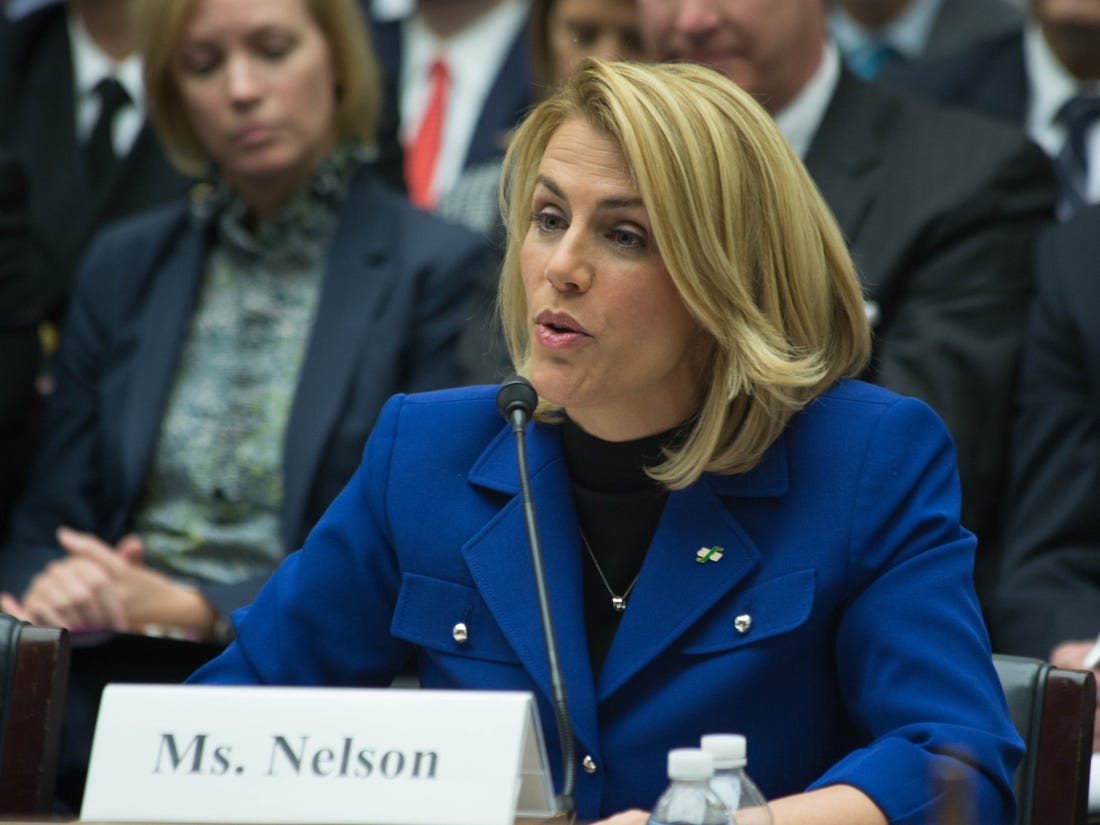 (WASHINGTON, D.C.) - When the Coronavirus Pandemic started to wreak havoc on the aviation industry, Sara Nelson knew her Union needed to move fast to get ahead of the crisis.

Nelson heads the Association of Flight Attendants (AFA)-Communications Workers of America (CWA), the largest Flight Attendant Union in the United States, with 50,000 Members spread across 20 airlines.

She is the new face of the U.S. Labor Movement: Female, in her 40s and politically progressive.

She is widely seen as a contender for the Presidency of the National AFL-CIO (American Federation of Labor and Congress of Industrial Organizations), a position regarded as the symbolic head of the American Labor Movement, which has never been held by a woman.

Nelson, meanwhile, has been consumed by the pandemic since it began.

The collapse in demand for air travel has endangered the jobs of her Union Members, plus tens of thousands of other Aviation Workers.

In March, Nelson played a key role in successfully lobbying the Congress for $25 billion in aid to keep Pilots and Flight Attendants on airline payrolls.

She, along with other Unions, and airline executives, has been fighting to extend that aid package for another six months, but without additional taxpayer funds, airlines began mass furloughs at the start of October when government restrictions on staffing levels lapsed.

American Airlines furloughed 19,000 Employees, though Chief Executive Doug Parker said the airline would walk back the cuts if aid arrives.

Six months ago, the speed of the COVID-19 crisis had left the airline industry reeling.

Only a month before airlines and Aviation Unions were at Capitol Hill pleading for aid, Delta Air Lines had announced record Employee profit sharing.

But heading the Union’s Communications Team during United Airline’s 2002 bankruptcy had taught Nelson the importance of acting first, rather than reacting to events.

“We ‘knew we had to put forward a plan,’” she says. “If ‘you don’t get out in front of the crisis and put forth a plan right away, then you are going to spend the rest of your time responding.’ ‘People are going to get hurt way more than if you can get ahead of it.’”

So Nelson gathered policy experts, including some who had just left U.S. Senator Elizabeth Warren’s unsuccessful campaign for the Democratic Presidential nomination, to craft an industry aid package that “put workers first.”

Next, she secured support from some airlines, whose requests for aid had encountered lawmaker skepticism given their recent share buybacks.

“If it ‘weren’t for our Unions, and if it weren’t for this plan, put forward as Workers first, I think industry would have been screwed too,’” she says.