Municipal Workers & Their Unions Find Themselves In The Crosshairs With New York City's Economic Future In Doubt  The Questions Is: Can Those Unions Stop the Cuts? 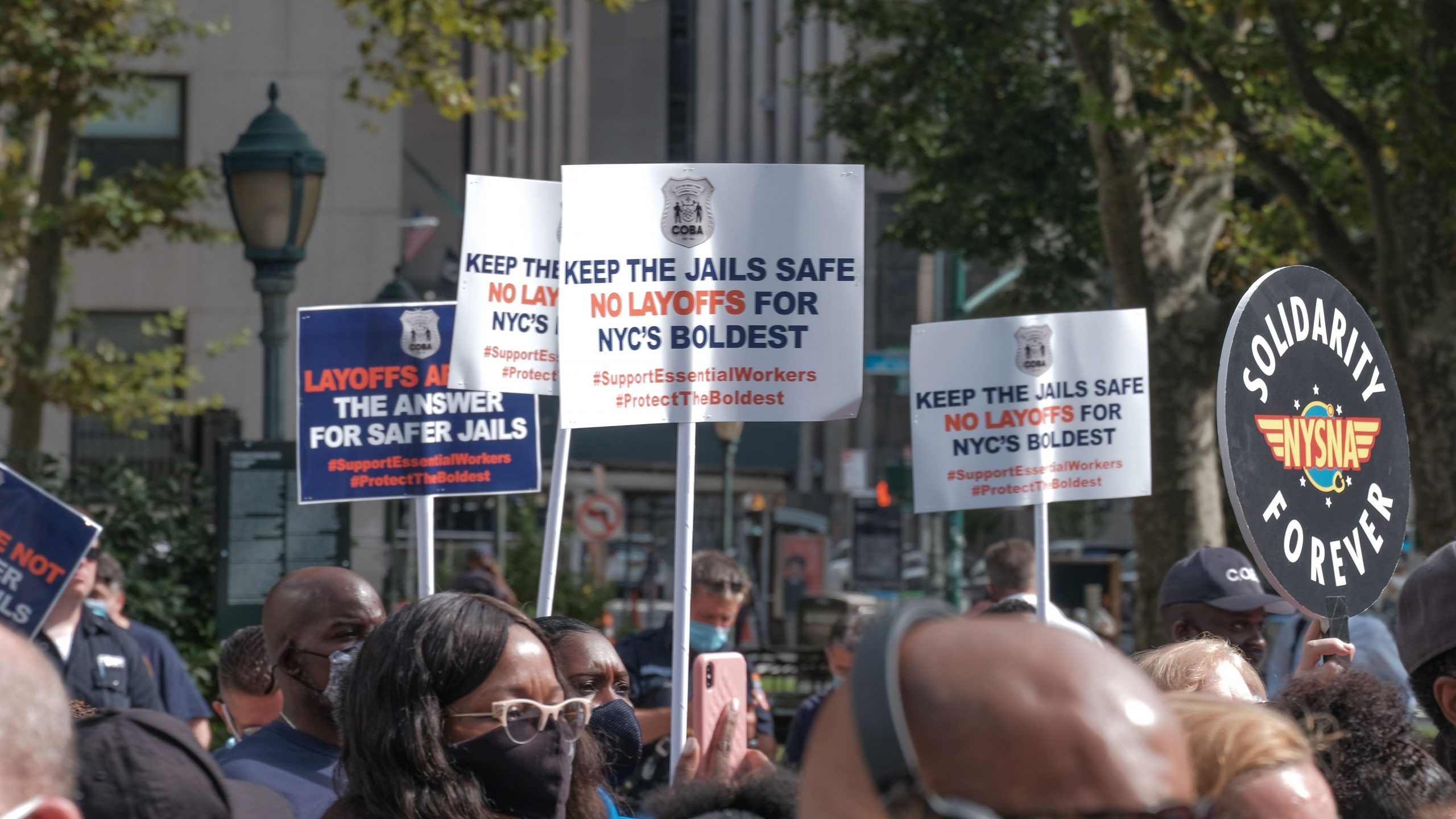 (NEW YORK CITY) - The COVID-19 Pandemic has killed nearly 25,000 New York City residents, but while the worst of the public health crisis may have passed, its dire toll has triggered a second crisis.

Shutting down huge swaths of the economy was necessary to save lives, but the deep freeze on economic activity has plunged the city into its worst fiscal crisis since the troubled 1970s.

Then as now, Municipal Workers and their Unions are in the crosshairs.

If the city’s economic and political elites have their way, Labor will pay for the crisis again - just like it did in the 1970s.

COVID-19 thrives on close interaction and so do many of the city’s leading industries: personal services, tourism, leisure and hospitality, food and drink, education, health care and entertainment.

In normal times, millions of Workers travel to and from the city daily to work in densely packed offices, ride crowded elevators, crush against each other in subways and buses, and pack bars and restaurants.

With New York’s contact-intensive economy suspended, hundreds of thousands of Workers were unemployed or thrown into the uncertainty of indefinite furlough.

While employment has begun to rebound, about 16% of the city’s workforce was still unemployed in late September, twice the national average.

Medicaid enrollment has increased nearly 10% since February and SNAP (food stamps) recipients increased by more than 12%.

And of course the city is paying for a sharp increase in staffing in the public hospitals, Personal Protective Equipment (PPE), ventilators, testing and other Coronavirus needs.

Unemployment is up, tax revenues are down and emergency expenses are still necessary.

In June, Mayor Bill de Blasio and the City Council passed a fiscal year 2021 budget that cut overall spending by $5 billion from the previous fiscal year.

The city made immediate cuts to trash collection, composting and the Staten Island Ferry, and it kept most public swimming pools closed for the Summer, but this is only a small taste of what could come under a post-pandemic austerity program.

The Fiscal Year 2021 budget’s $5 billion cut doesn’t even include the truly crucial number for New York’s 325,000 Municipal Workers - the additional $1 billion in Labor savings the city says it must find in order to avert 22,000 municipal layoffs.

The city needs to balance its budget if huge service cuts and layoffs are to be avoided.

The question is which choices will be made and who will pay for them?

For New York’s business elite and their mouthpieces, the answer is easy: Unionized Municipal Workers and Working People in general.

To anyone familiar with the (CBC), its recommendations are hardly surprising: Cuts to services; Cuts to the Unionized Workforce; and shifting health care costs from the city to Employees, among other measures.

To Continue Reading This Labor News Report, Go To: https://labornotes.org/2020/10/citys-economic-future-doubt-can-new-york-unions-stop-cuts