Unions âPredict A Great Awakeningâ During A Biden Presidency â As Biden Would Institute "The Most Significant Pro-Labor, Pro-Worker Administration In A Long, Long, Long Time," One Labor Leader Predicts 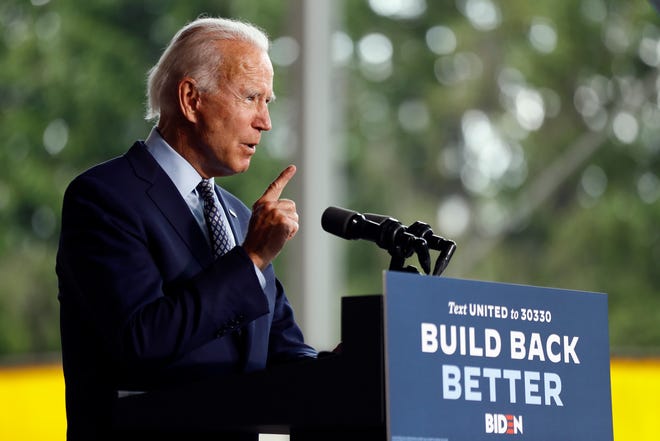 Labor Leaders are eyeing a Joe Biden victory in November as the start of a Union revival, one with the potential to undo decades of policies that have diminished Union influence, undermined the right to organize and exacerbated income inequality.

And they’re planning on playing a central role.

“It’s clear to me ‘it’s going to be the most significant’ Pro-Labor, Pro-Worker Administration ‘in a long, long, long time,’” said Harold Schaitberger, the President of the International Association of Fire Fighters (IAFF) - the first Union to endorse Biden during the Democratic Primary.

Reversing America's decades-long decline in Union Membership, however, will be a difficult task for even the most Labor-friendly administration.

Just over 10% of Workers were represented by Unions last year, according to U.S. Labor Department data - a share that has been cut in half since 1983.

And unless Democrats win the Senate - as well as the White House, it will be an uphill battle for Biden to move any of the legislation Union Leaders are advocating for.

Labor Officials have reason to be confident, though, that they'll have a line into the Biden Administration, should he win next month's election.

The former Vice President and veteran Senator has long-standing relationships with Union Leaders built over more than 40 years in politics.

At least five others served as members of the Unity Task Forces Biden set up with U.S. Senator Bernie Sanders over the Summer, which published formal policy recommendations that helped shape the Democratic Party’s official platform.

Many expect Biden to appoint a Union Leader to his Cabinet - the Departments of Labor and Education are most often mentioned - or in senior positions throughout various agencies.

And he has pledged to create a Cabinet-level working group comprised of Labor Representatives, “that will solely focus on promoting Union Organizing and Collective Bargaining."

His policy plans - across the board - are peppered with references to expanding the right to join a Union.

And senior campaign officials, led by Biden’s long-time confidant and Campaign Aide Steve Ricchetti, have been holding a bi-weekly evening call with Union Leaders to keep them apprised of campaign developments and to allow them to offer their input.

“He’s ‘doing more of this outreach than any other candidate that I’ve known on the Democratic side,’” said Lee Saunders, the President of the American Federation of State, County and Municipal Employees (AFSCME), who has been with his Union since the late 1970s. “When he ‘talks about’ Organized Labor, ‘when he talks about the importance of’ Unions, ‘he really means it.’”

To Continue Reading This Labor News Story, Go To: www.politico.com/news/2020/10/09/unions-biden-administration-426880?fbclid=IwAR2_O0G4L4ZWbGulO7mODtJ141Vm80465J-zhsy-gTP7KqNz4rrqZhFhYtc