âCan You Imagine Trying To Live, Or Feed Your Family On $5 A Week?â âHow About $10 Or $15, Or $25?â âThatâs What Itâs Looking Likeâ As Republicans âRefuse To Backâ A Rescue Package For Thousands Who Are Jobless 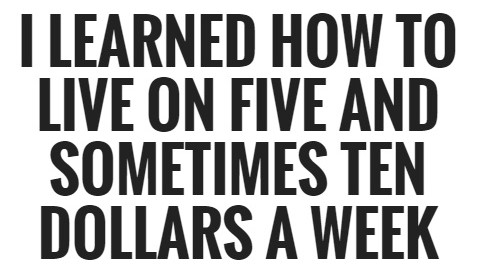 Tens of thousands of jobless Workers could face that fate in December unless Republican President Donald Trump gets a bill for and signs into law $600 in Federal Jobless Benefits for Workers who don’t qualify for State Unemployment Aid.

The latest we’ve heard is that he is not signing anything unless he is re-elected.

The $600 checks, on top of State Jobless Benefits, began after Congress in mid-March passed the Cares Act, the first big Economic Aid Bill designed to help Workers slammed by closures and joblessness due to the Coronavirus Pandemic.

But the program shut down to new applicants on July 31st.

Those $600 checks are vital to Workers - such as Home Health Care Aides, Port Truckers, Adjunct Professors, Musicians, Independent Contractors and Gig Economy Workers who qualify for little or no traditional State Jobless Benefits.

Every jobless Worker who sought state aid got the $600 as well, though.

Many are still getting them.

Some 17.5% of U.S. Workers received State and/or Federal Jobless Benefits for the most recent week of available data, a Bureau of Labor Statistics (BLS) chart released October 8th showed.

The number receiving State or Federal Jobless Benefits - 25,505,499 as of September 19th, actually understates the widespread joblessness due to closures forced by the Coronavirus Pandemic.

But unless lawmakers agree to resume $600 weekly Federal Checks, a separate Department of Labor chart shows jobless aid could fall to as little as $5 a week for tens of thousands.

The Workers who get only the $600 checks will be up a creek as their checks run out between now and early December when the last ones will be sent.

Trump and the Senate’s ruling Republicans refuse to reinstate and renew that special assistance.

It would reinstate all the $600 checks and extend them into 2021 or when the pandemic ends, whichever is later.

Trump’s Treasury Secretary, Steven Mnuchin, was bargaining over any additional benefits, though not necessarily the $600 weekly checks with House Speaker Nancy Pelosi (Democrat-California).

Trump abruptly and unilaterally pulled the plug on the talks on October 6th.

That will leave affected jobless workers with almost nothing.

To Continue Reading This Labor News Story, Go To: www.peoplesworld.org/article/gop-refusal-to-back-rescue-package-could-push-thousands-of-jobless-down-to-5-a-week/