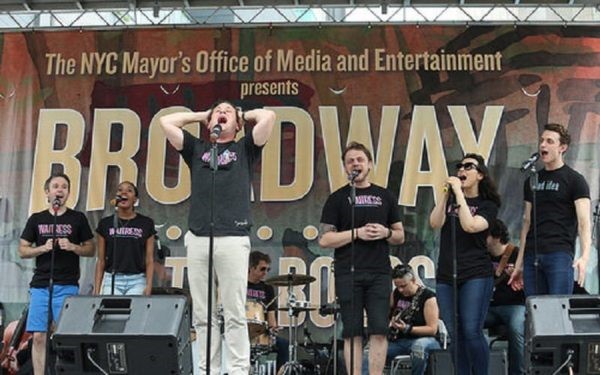 (NEW YORK CITY) - With a possible second wave of COVID-19 cases on the horizon as the result of new hotspots of the Coronavirus emerging throughout New York City, The Broadway League announced theater performances are expected to remain postponed until June 2021.

“With nearly (97,000) Workers ‘who rely on Broadway for their livelihood and an annual economic impact of ($14.8 billion) to the city, our membership is committed to re-opening as soon as conditions permit us to do so,’” Broadway League President Charlotte St. Martin said. “We ‘are working tirelessly with multiple partners on sustaining the industry once we raise our curtains again.’”

Ticket sales for Broadway performances through May 30th, 2021 remain suspended and theatergoers who purchased one from before the March 15th government shutdown dated through Spring of next year must contact their point of purchase for details about exchanges and refunds, according to The Broadway League.

Not only have Theater Actors been affected by the shutdown of Broadway, but the Union representing them and the Workers managing their auditions at the Actors’ Equity Association has been too.

“As the industry has shut down, the Union ‘has had to cut spending,’” Actors’ Equity Spokesman Brandon Lorenz said. “The ‘unfortunate truth is that many of the original Government Relief Programs like the Paycheck Protection Program (a loan program for employers) specifically excluded’ Labor Unions.  And so in March, Equity ‘took immediate steps to cut back on spending.’”

The cut meant less pay or no work for some of its Staff.

“As it ‘became clear that the shutdown would become an extended one, Equity took further steps,’” Lorenz said. “Top Executive Staff ‘has reduced’ pay.  Departmental spending ‘was cut.’ And in July, Equity ‘made the painful and difficult decision to proceed with Staff reductions, including furloughs and layoffs.’  That decision ‘was made consistent with Equity’s values’ and so furloughed Staff ‘were kept on the health plan’ and separated Staff ‘were offered health insurance that extended beyond their final date of employment.’”

“We are at this moment because, seven months into the pandemic, our Nation ‘still lacks a coherent national strategy’ for masks and testing ‘which could help bring the virus under control,’” Actors’ Equity Executive Director Mary McColl said. “Too many in the industry ‘need help now as we face another six months without work.’  The ongoing ‘lack of work’ in the arts ‘means we face a critical need for a Federal COBRA Health Insurance (subsidy), renewed Federal Unemployment Benefits and arts funding.’  Washington ‘must act.’”

To Continue Reading This Labor News Report, Go To: http://laborpress.org/broadway-to-remain-dark-through-june/