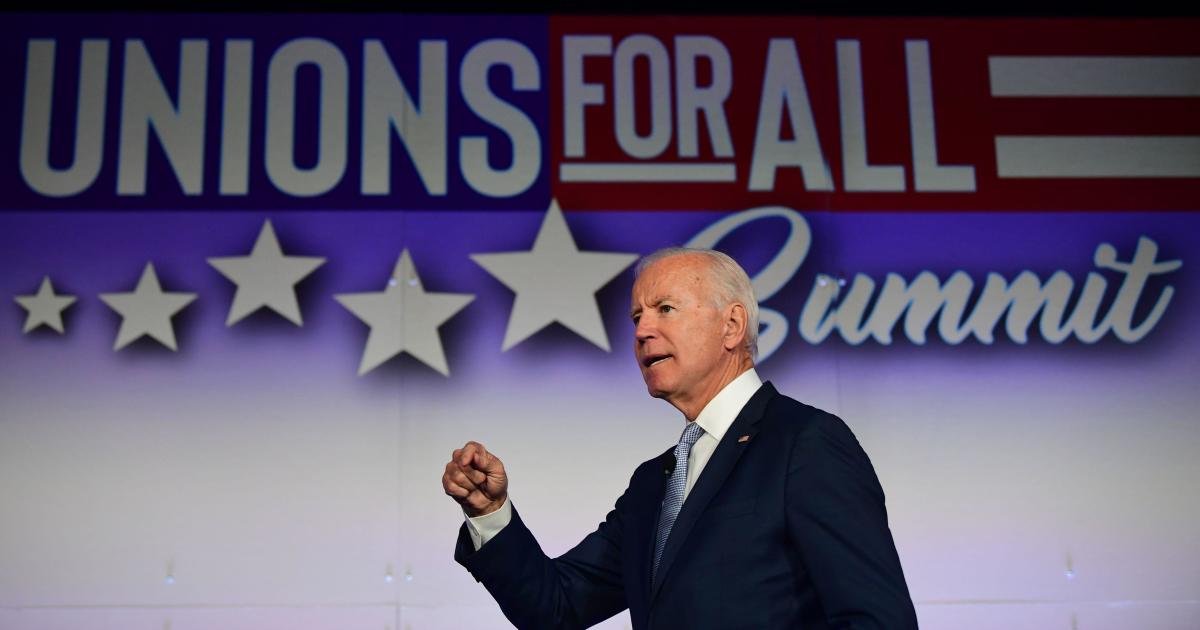 Here’s why I am very enthusiastically supporting - along with my Union, the United Steelworkers (USW), our Retiree Organization SOAR, ARA, our entire Labor Movement, and wide sections of our people - Joe Biden and Kamala Harris for President and Vice President of our Nation and urge all to do likewise.

He favors a national Anti-Union Right-To-Work (for less) Law.

Most dangerously, he has made common cause with outright Fascists, Nazis and extreme racists and is destroying the Democratic gains Working People have fought so hard to win.

For anyone confused on these points, we need only to look to Labor’s history for lessons.

Racist elements like the KKK, Proud Boy and other White Supremacists have always attacked and suppressed the rights of African-American Working People.

And, they’ve always been the thugs used against Union drives and picket lines.

They and their ideology have long been used to divide us, always in the interests of our worst enemies.

Working People have to stand against racism and division in all its forms and must defeat Trump to send those thugs back under the rocks they came out from.

In a Labor Day address in Harrisburg, Pennsylvania, back in September, Biden made it clear that he stands with us, Working People, and plans to fight for our families and communities.

He expanded on that position at the big United Auto Workers (UAW)-organized plant in Warren, Michigan just days later and has stayed on message going forward.

Declaring that he and Harris intend to be “the most Pro-Union Administration in our Nation’s history,” he went on to outline what he meant by that.

He stated that the “first step of the new administration will be to put in place a major Federal Jobs Bill to rebuild our Nation,” to “rebuild our Nation’s crumbling infrastructure,” using “the latest, state of the art, renewable energy” to do so.

Central to their program, he said, was passing a new Labor Law that will again make it possible for mass organizing campaigns by Unions to organize unorganized Workers into Unions.

“In the (30s), when they passed the Wagner Act,” Biden stated, “They didn’t just ‘allow’ Workers to organize, they encouraged them!”

He and Harris will do this again, he insisted.

“We’ll go after employers that regularly break Labor Law and do it personally,” Biden said.  “We need to increase penalties and make sure they pay personally or are personally prosecuted!”

He stated that loss of retirement security was a huge problem his administration would work to correct: “We need to change corporate Bankruptcy Law in order to stop companies from stealing Workers’ pensions!”

He spoke of the need to protect Social Security, pass the ProAct and enact the Butch-Lewis Retirement Bill, which would limit the abuse of bankruptcy to steal Workers’ pensions.

When asked about companies moving work to low-wage, Non-Union areas globally, Biden pointed out that while Trump had promised to bring work back home, the practice of exporting jobs had actually increased dramatically during his administration.

Biden-Harris would fight this, he said, by putting in place “Buy American” requirements on Federal work, as well as by putting a 10% tax on company profits from any work sent off-shore.

Biden also called for a “National Mask Mandate” and putting medical professionals in charge of a National Task Force to combat COVID-19.

To Continue Reading This Labor Perspective, Go To: www.peoplesworld.org/article/a-steelworker-makes-the-case-election-is-about-revitalizing-unions-protecting-retirement/