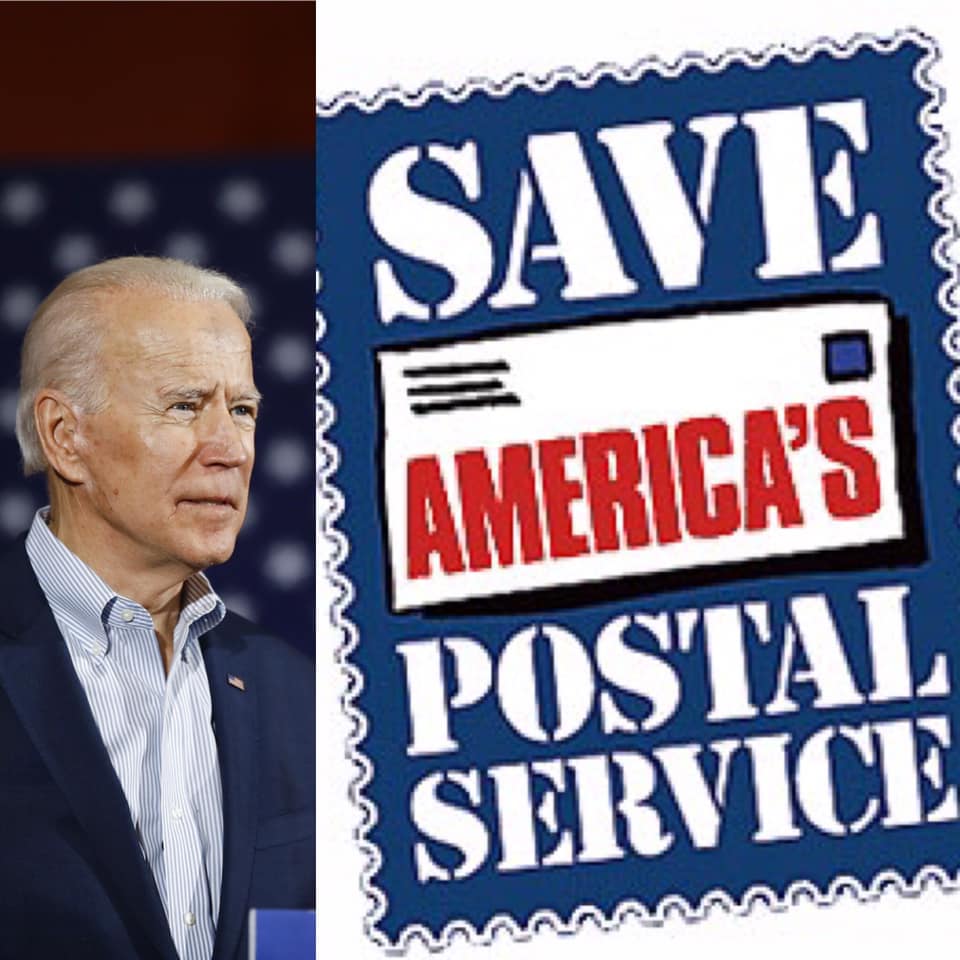 (WASHINGTON, D.C.) - Former Vice President Joe Biden is vowing to work with Congress to boost funding for the U.S. Postal Service (USPS) if he is elected President and to eliminate its long-standing requirement to pre-fund health care benefits for future Retirees.

Biden said efforts to damage the Postal Service would stop under his administration, as he would push for reforms to put the cash-strapped agency on a firmer financial footing.

A Biden Administration would also advocate a slowing down of rate increases at the USPS, the candidate told the National Association of Postal Supervisors in a response to a survey it sent to the Presidential Nominees.

The Trump campaign did not respond to the survey.

Biden’s ability to influence policy on postal operations would be limited, as those decisions are made by its Board of Governors or dictated by Congress.

The President does appoint members to that Board, however, and Biden said he would “enhance” USPS with “ethical” leadership by filling current vacancies.

The Board lost its quorum in 2014 during the Obama Administration and that persisted until 2019.

Biden criticized Trump for blocking emergency appropriations for USPS in light of revenue it lost from the Coronavirus Pandemic, a reference to the White House pushing back on such spending during negotiations in the run up to the passage of the Coronavirus Aid, Relief, and Economic Security Act earlier this year.

The law instead allowed the Treasury Department to give USPS a loan of $10 billion.

Biden said he would supply USPS with “emergency relief so it has the resources to continue serving the American People.”

Since 2006, USPS has faced a requirement to pay billions of dollars annually into an account to be used for the benefits of future Retirees.

The Obama and Trump Administrations, Democrats and Republicans in Congress, Postal Unions and stakeholders have all called the mandate an unfair burden.

Despite bipartisan legislative efforts to re-work pre-funding and USPS for years failing to make its required payments, it has remained in place and on the books for the agency’s debts.

Biden pledged to revoke the requirement to “protect the long-term financial health of the Postal Service.”

The USPS Workforce is highly Unionized and Biden said he would make it easier for Employees to join a Union and for the groups to engage in collective bargaining over pay and benefits.

To Continue Reading This Labor News Story, Go To: www.govexec.com/management/2020/10/biden-promises-cash-infusion-end-prefunding-mandate-usps/169016/