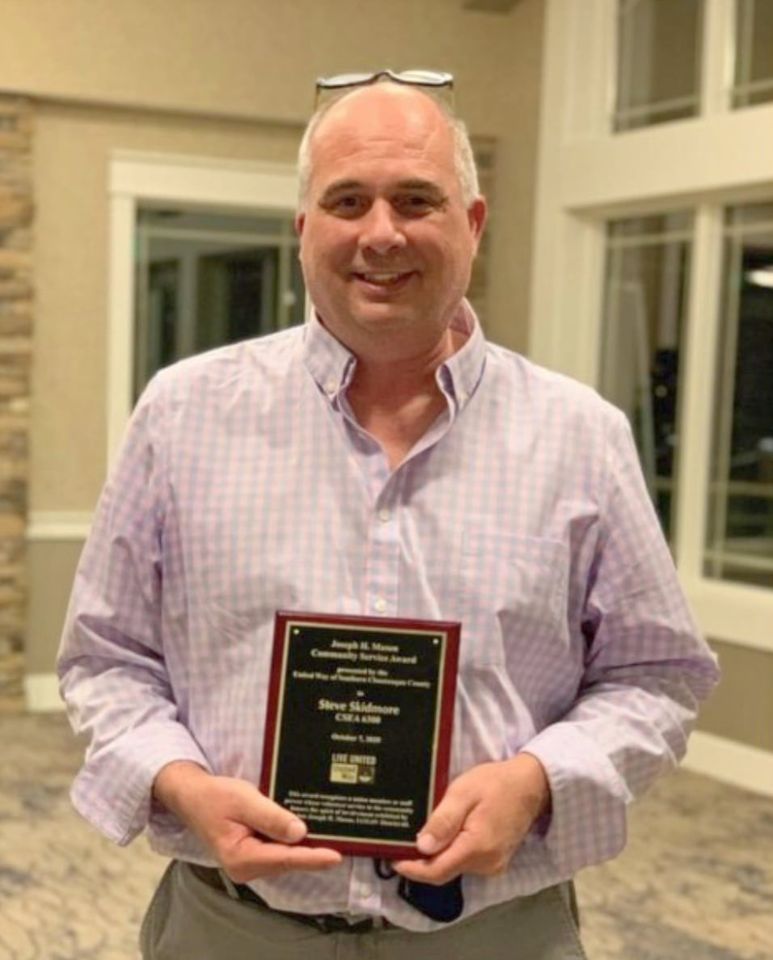 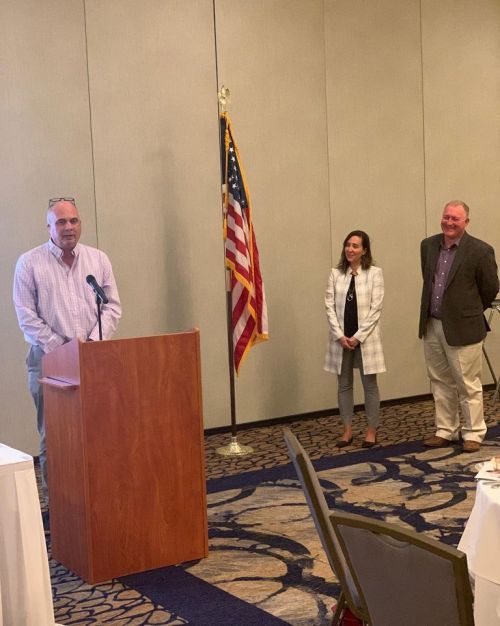 Each year, the United Way of Southern Chautauqua County solicits nominations and convenes past winners to select a Union Member or Staff Person from Organized Labor who contributes to the community through volunteer service.

Members of United Way of Southern Chautauqua County’s Labor Committee viewed nomination forms for what they described as several extremely qualified candidates who collectively served the community in a variety of ways. 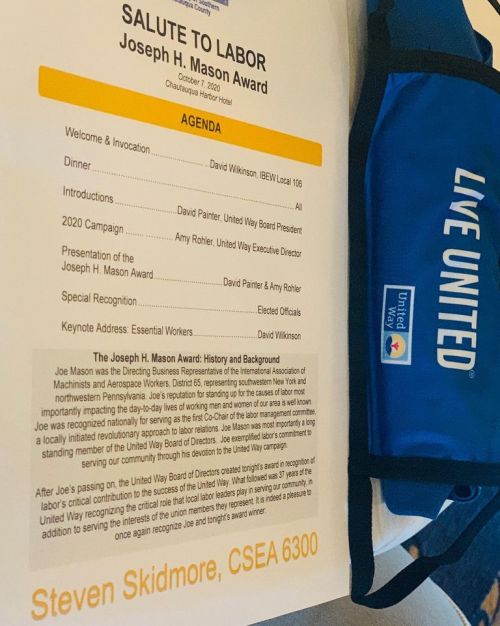 In addition to his involvement with Organized Labor, Skidmore has and continues to volunteer for many organizations in the community, including being a volunteer softball and soccer coach and a treasurer for the East Randolph Fire Department.

Skidmore is also very active in the Elks Club, which includes volunteering to work at an annual holiday party for more 300 clients of ASPIRE and The Resource Center, and he has volunteered at the Special Olympics Flag Days through the Elks Club, as well volunteering for several activities involving Veterans groups.

In addition, his family has been a host family for Babe Ruth World Series.

With several elected officials present, all had something unique to say about Skidmore.

Dan Heitzenrater, who was representing Chautauqua County Executive P.J. Wendel, said: “Steve ‘has always been a delight to work with’ when he would do projects for Chautauqua County.  ‘He knew where to go and there’s so many pockets of Labor in our small community that you don’t even realize.’  It’s an ‘honor and a privilege’ to ‘recognize such an incredible individual.’”

Skidmore, the long-time treasurer of the Jamestown AFL-CIO Labor Council, was previously an Organizer and President of International Association of Machinists (IAM) District 65, as well as President of IAM Local 2111.  And, he has been a Union Delegate for AFSCME (the American Federation of State, County, and Municipal Employees).

International Brotherhood of Electrical Workers (IBEW) Local 106 Business Manager David Wilkinson, who also serves as President of the Jamestown AFL-CIO Central Labor Council and who delivered the keynote address at the annual United Way Labor Awards Dinner, told WNYLaborToday.com during a post-dinner telephone interview: "(The Jamestown Labor Movement) is 'very happy' to have a long-time Labor Advocate like Steve 'be recognized for his community service.'  'He has a long track record of helping' (the Jamestown Community)."

Mason was recognized nationally for serving as the first Co-Chair of the Labor Management Committee, a locally-initiated revolutionary approach to Labor Relations.

Mason was also a long-standing member of the United Way Board of Directors.

After Mason’s passing, the United Way Board of Directors created the Labor Award in recognition of Organized Labor’s critical contribution to the success of the United Way.

"I'm 'really honored,'" Skidmore, who has served as President of CSEA Unit 6300 for the past seven years, told Your On-Line Labor Newspaper after the event.  "Joe Mason headed the IAM and passed way a couple of years before I became President.  'Everyone looked up to him.'  These two Unions (the IAM and CSEA) 'have been part of my whole life.'  'It's very rewarding and makes me feel good.'"

"I'm active in the community and the United Way is a 'great' organization," continued Skidmore, whose Unit represents 900 full- and -part-time Public Workers employed by the County - from Weights and Measures to Emergency Services, to Health and Mental Hygiene, to name just a few.

In his remarks as the United Way Labor Dinner's keynote speaker, Wilkinson specifically highlighted the work being done for all by Essential Workers during the Coronavirus Pandemic: “'Need ‘answers?’  ‘Ask those workers.’  (They) ‘will have the answers.  Need ‘help?’  ‘Call the United Way.’  The United Way, ‘for one hundred years, has helped our Workers, our community, our people - and we need to support them as much as they support us.’”

After the event, Wilkinson told WNYLaborToday.com during a telephone interview: "The 'bill is going to come due' with our Essential Workers, who are 'continuing to do their jobs' during this pandemic.  There are (55 million) Essential Workers (in this country) who are (not represented by a Union) and who make 'unprecedented' low wages.  The United Way 'needs to be prepared for the inevitable' (of Workers needing the array of services they offer).  'It's coming' and 'it's pretty scary.'"

WNYLaborToday.com Editor’s Note: Photos That Appear With This Labor News Story Are Courtesy of the United Way of Southern Chautauqua County.