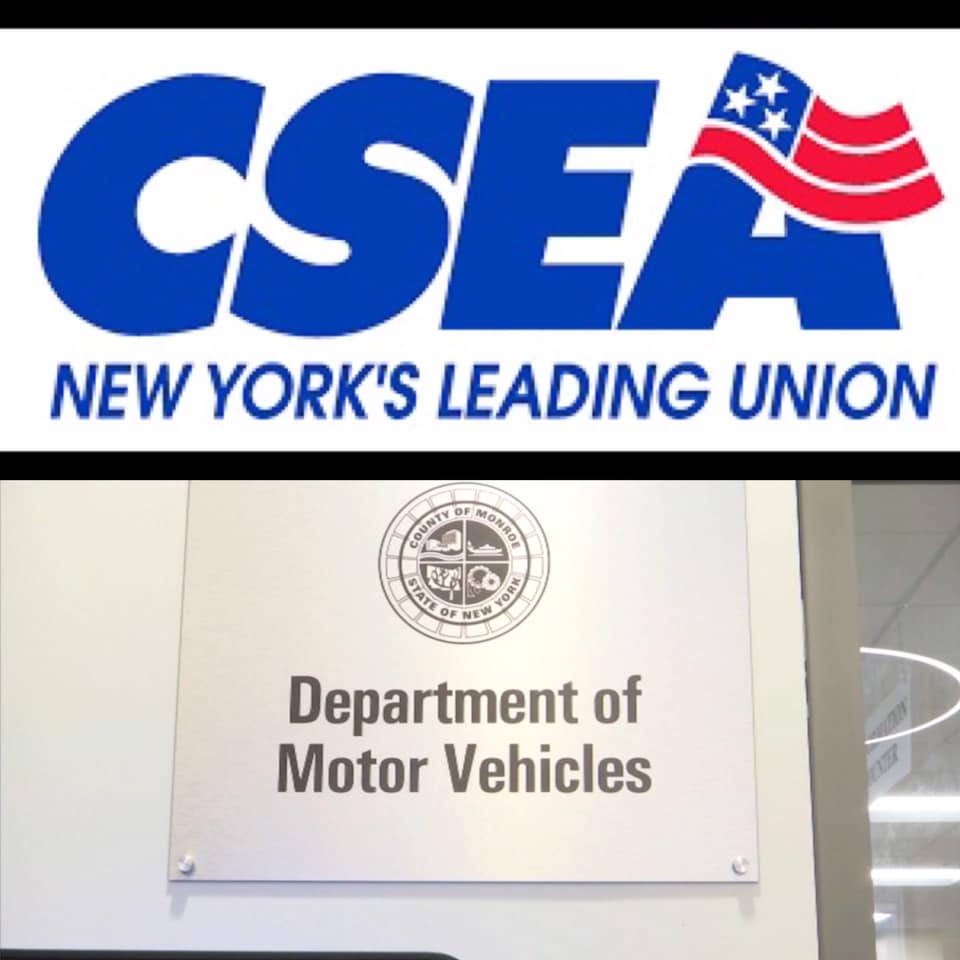 (ROCHESTER, NEW YORK) – Despite attempts by Monroe County Legislator Karla Boyce to paint an ugly picture of the County Department of Motor Vehicle’s services, nothing she says resembles the truth, Representatives of the Civil Service Employees Association (CSEA) Monroe County Employees Union say, adding all you have to do is ask the CSEA-represented Employees who are actually delivering those services.

“The fact of the matter is Jamie Romeo has been an outstanding partner in government since she started her job earlier this year,” D’Amico said.

“During troubling times like we are now experiencing, it is critical we keep battle-tested leaders like Jamie in place to provide stable governance of public services.  Throughout these past few months, Jamie has listened and understood the needs of the community and our CSEA-represented Employees who work in our DMV offices.  She had provided Workers the tools and resources necessary to be successful on the job and at home.  That’s why our Union endorsed her in the first place,” he said.

D’Amico says Romeo has been following strict protocols issued by the Governor Andrew Cuomo’s Office and has been extremely proactive when it comes to the health and safety of everyone, including: Installing plexi-glass shields and other barriers at all DMV locations to enhance public safety; DMV branches were pre-emptively closed before the Governor’s Executive Order in anticipation of it happening anyway – just two days later. Workers reported the move was well received, knowing full well the health and safety of the workforce and the community was a top priority at the time; Appointments for DMV services were implemented with feedback from several different stakeholders.  The department’s CSEA-represented Employees say the procedures have worked well to ensure a controlled and safe environment for both customers and the workforce.

In addition, Romeo and County Executive Bello have been extremely generous using CARES ACT funding to provide Workers with Personal Protection Equipment (PPE) and extra sanitation efforts to keep the community and its Employees safe during the Coronavirus Pandemic, CSEA Representatives said.

To suggest wait times and the value of customer service have diminished under Romeo’s leadership would be a grotesque exaggeration, said CSEA Western Region President Steve Healy, who calls Romeo a “stellar” public official.

“Jamie has proven time and time again that she has the intelligence, hard work ethic and the creative know-how to take the Clerk’s Office to new heights - and she has notwithstanding an unprecedented viral pandemic in the meantime.  I believe Ms. Boyce is just grabbing at straws,” Healy said.

The Civil Service Employees Association (CSEA) is one of the largest and most influential Unions in New York and the United States.

CSEA represents more than 275,000 Members who work for state and local governments, school districts, library systems, child care and in the private sector.

Formed in 1910, CSEA continues to improve the lives of hard-working families by negotiating fair and decent Collective Bargaining Agreements.

CSEA is also the largest affiliate of the American Federation of State, County, and Municipal Employees (AFSCME) Union.

To Directly Access This Labor News Story, Go To: https://cseany.org/workforce/?p=8901