The U.S. Department Of Labor Proposes Changes To Financial Reporting Requirements For The âLargest & Most Prominentâ Unions 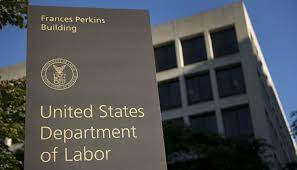 (WASHINGTON, D.C.) - In the wake of a high-profile corruption scandal involving the United Auto Workers (UAW), the U.S. Department of Labor (USDOL) has announced a Notice of Proposed Rulemaking (NPRM) that is designed to “increase and enhance financial transparency for Unions regulated by the Labor-Management Reporting and Disclosure Act of 1959.

The UAW scandal saw more than a dozen former Union Officers and several former automotive executives plead guilty to various charges arising from a pattern of bribery and the diversion of Union Funds for personal use by Union Officials and others.

In its introduction to the proposed regulatory changes, the USDOL observes that much of the illegal conduct at issue in the UAW scandal was facilitated by or concealed through false and inadequate financial reporting by Union Officials.

The USDOL concluded there may be a link between insufficient reporting and disclosure requirements, on the one hand, and criminal conduct on the other.

The USDOL’s proposed changes, if they become law, will provide Members of Labor Organizations with additional and more detailed information about the financial activities of Unions and will enable Members to examine whether the Union’s priorities align with its constitution, as well as the Member’s own priorities and those of fellow Members.

Among other changes, the USDOL’s proposal provides for a long-form version of the annual financial report referred to as the Form LM-2, which Unions with $250,000 in annual receipts currently must file.

The long form, which is referred to as the LM-2 LF, would apply only to Unions with annual receipts of $8 million or more.

The new regulation targets the largest and most prominent Labor Unions.

The USDOL said it believes that this change will help identify conflicts of interest and will facilitate tracking funds that may be transferred from one Union to another.

Another proposed disclosure focuses on the existence and amount of strike funds, which is used to cover the basic financial needs of Striking Union Members and has been particularly susceptible to abuses, such as embezzlement.

Requiring the amount of the fund to be disclosed to Union Members will allow them to assess the health of the Union and monitor the amount of money available in the fund.

The public will have 60 days from the date the proposal is published in the Federal Register to comment on the USDOL’s proposed changes.

To Continue Reading This Labor News Report, Go To: www.natlawreview.com/article/dol-proposes-changes-to-financial-reporting-requirements-largest-and-most-prominent