The New Yorker Union Wins Fight For Just Cause In Contract 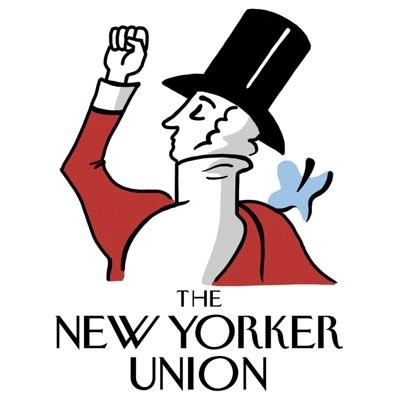 (NEW YORK CITY) - The New Yorker Union celebrated Monday (September 5th) after reaching an agreement with owner Condé Nast for a specific Labor Protection in its contract shortly before a planned picket.

After 95 years, Staffers at The New Yorker will no longer be at-will Employees, NewsGuild of New York President Susan DeCarava told CNN Business.

Instead, The New Yorker Union secured just cause, a Labor Protection that requires an employer to build a case for why an Employee should be fired, in its contract.

"Today ‘is a milestone for not just for the NewsGuild of New York, not just for our Members of The New Yorker who Unionized a little over two years ago - but also just across the industry,’" DeCarava said.

"The ‘issue of having job security and a fair and transparent due process that provides accountability for management to its employees and provide due process when they find themselves targeted by management is just a fundamental’ Labor Principle," DeCarava said.

Staffers in the Union, represented by the NewsGuild, have been advocating for just cause since the early days of announcing their intention to Unionize in 2018.

The fight reached a tipping point last week after U.S. Representative Alexandria Ocasio-Cortez and U.S. Senator Elizabeth Warren dropped out of The New Yorker Festival in an act of solidarity with the magazine's Staff Union.

The Union had organized a digital picket during the two lawmakers' planned talk on Monday, the first day of the annual festival.

"I ‘do want to give some credit to management at The New Yorker for finally being able to listen and hear what their employees were saying and how important it was,’" DeCarava said. "I think ‘the involvement’ of Representative Ocasio-Cortez and Senator Warren ‘helped them hear us a little bit better.’"

DeCarava said the Union spent more than 30 hours on Zoom over the past weekend bargaining with management.

To Directly Access This Labor News Story In Its Entirety, Go To: www.weny.com/story/42724308/new-yorker-union-wins-fight-for-just-cause-in-contract