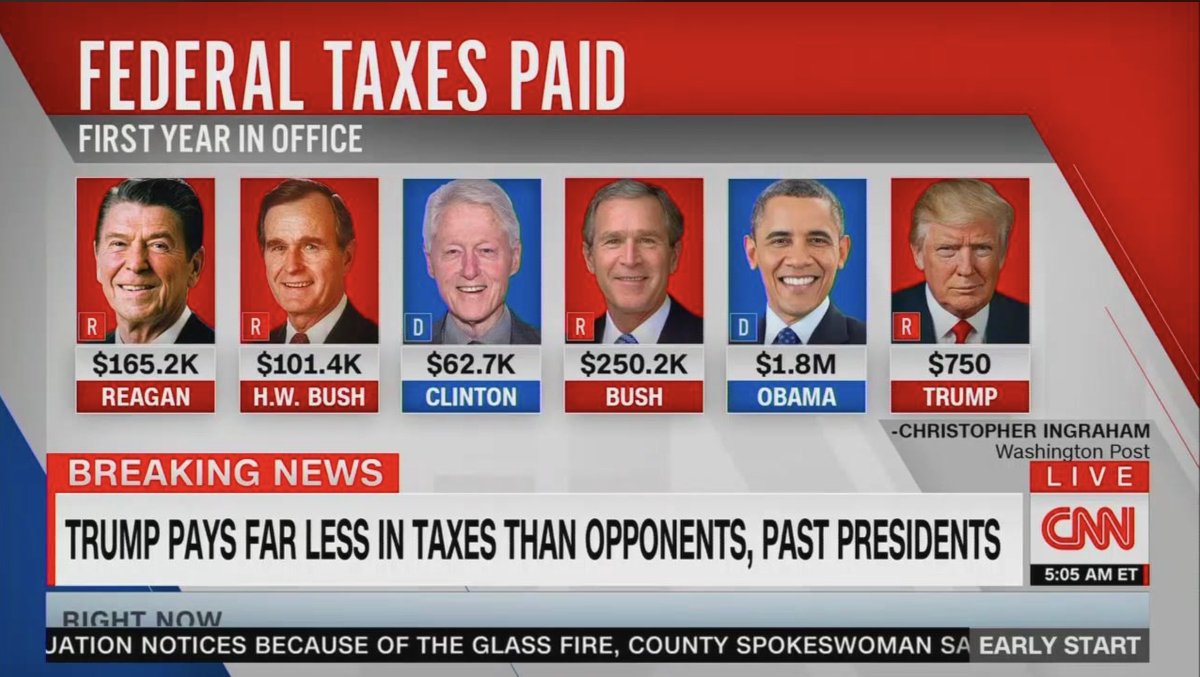 Based on the tax brackets, standard deductions and personal exemptions allowed at the time, that's equivalent to the income tax bill for a typical single Worker earning just $17,850 in 2016 and $17,900 in 2017 - an income level in line with that of Fast-Food Workers.

Business Insider estimated that Workers making just under $18,000 a year would have paid a similar amount of Income Tax as the President did, based on listings of tax brackets for 2016 and 2017 by the Tax Foundation, an Independent Tax-Policy Non-Profit.

To keep things simple, we'll consider a single Worker with no children in our calculations.

Our hypothetical Worker is using the standard deduction, which means they aren't itemizing various specialized deductions and tax breaks for things like interest paid on a mortgage or charitable donations.

We also assume they took the standard personal exemption, which was another tool in the Tax Code to reduce taxable income based on the number of dependents in the filer's household.

It was removed under the 2017 Tax Cuts and Jobs Act.

That means our hypothetical taxpayer could deduct $10,350 from their actual income when calculating their taxable income in 2016.

In 2016, the lowest tax bracket covered taxable income under $9,275 for single filers, according to the Tax Foundation, and that income was taxed at a rate of 10%.

Putting all this together, a single filer in 2016 taking the standard deduction and personal exemption who made $17,850 would have had a taxable income of $7,500 - and thus would have owed $750 in income taxes, equal to what Trump reportedly paid.

A similar calculation using the standard deduction, the personal exemption and tax brackets from 2017 suggests a taxpayer who made $17,900 would have owed $750 that year.

The overwhelming majority of Americans working full time make much more than $17,900 and thus would have owed more than $750 in Federal Income Taxes, under our above assumptions.

According to the Bureau of Labor Statistics (BLS), the median salary as of May 2017 for Gaming Dealers, who run gambling games in businesses such as casinos, was $19,820 - the lowest reported annual median wage among occupations in the BLS database.

With the 2017 standard deduction and personal exemption, a typical Gaming Dealer would have owed $947.

Fast Food Prep and Serving Workers had a median annual wage of $20,180, leading to an estimated tax bill of just over $1,000.

Business Insider's Joseph Zeballos-Roig reported that Trump's Tax Bill was lower than that of Americans making as little as $20,000 a year.

To Continue Reading This Labor News Story, Go To: www.businessinsider.com/comparison-of-trump-to-typical-worker-owing-750-income-tax-2020-9?fbclid=IwAR0Mt-ag5CYUCxxbEn9DYk2-Yy8FmjuLF6R9zEz0rlACEKQZ1cEeDZbZvKA